With Sunday and Monday's back-to-back games against the visiting Cleveland Cavaliers called off, the Wizards have postponed a total of four games under the league's coronavirus safety protocols. 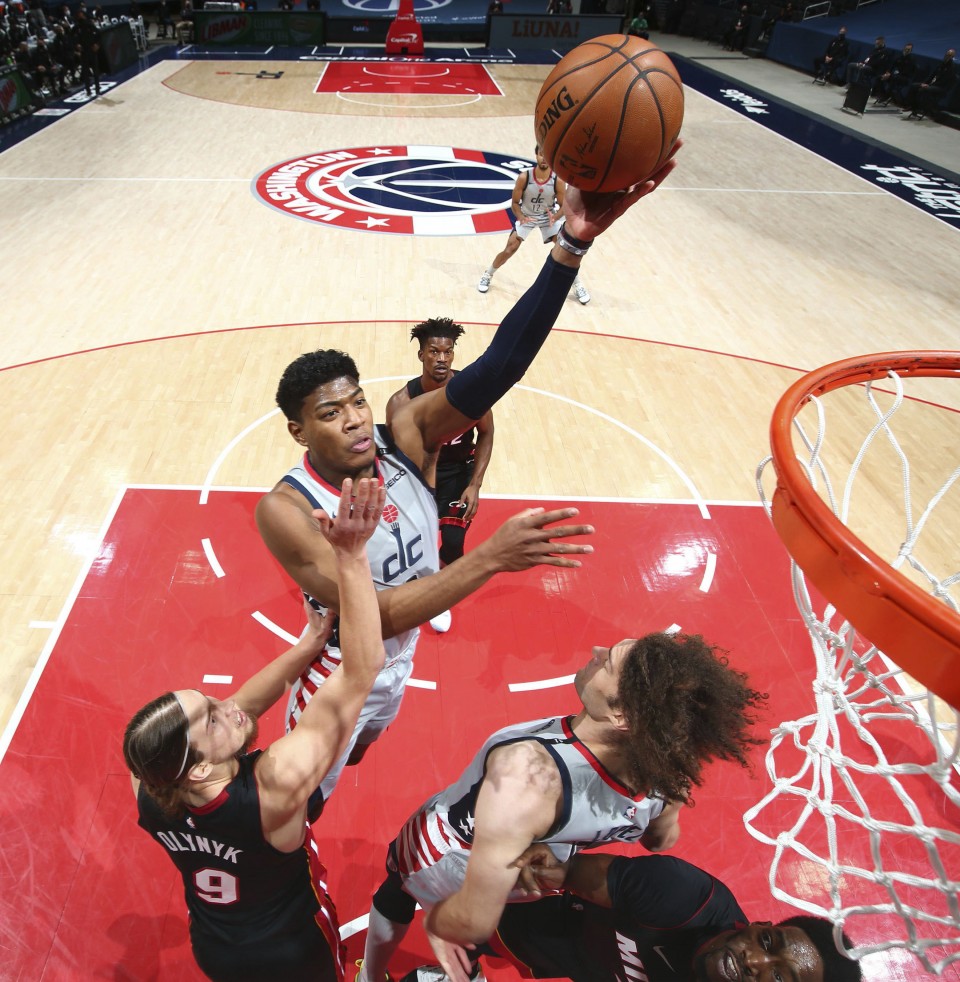 Rui Hachimura of the Washington Wizards shoots the ball against the Miami Heat on Jan. 9, 2021 at Capital One Arena in Washington. (NBAE/Getty/Kyodo)

In an impromptu online press conference, Washington general manager Tommy Sheppard said six of the nine players had tested positive for the virus, with the remainder unavailable due to contact tracing measures. The identities of the infected players have not been revealed.

Having already lost star guard Russell Westbrook to a quadriceps injury and center Thomas Bryant to a torn ACL, the Wizards are left with fewer than the minimum eight healthy players required for an NBA game.

"What's ahead is going to be determined day-by-day," Sheppard said. "We're hoping that there are no new positive tests tomorrow."

"Our full trust is in the league in guiding us to getting as healthy as possible."

Washington withdrew Hachimura and German forward-center Moritz Wagner on the eve of Wednesday's clash with the Utah Jazz at Capital One Arena before eventually calling off the game. The Wizards later announced the postponement of Friday's scheduled meeting with the Detroit Pistons.

Under the league's protocols, players must quarantine for a minimum of 12 days following a positive test.

Hachimura is averaging 13.6 points and 4.6 rebounds after seven games in his second NBA season. The 22-year-old missed Washington's first four games this season with an eye infection.