"Japan and the United States are allies tied firmly by bonds and shared universal values," Suga said in a tweet in English. "I look forward to working with you and your team to reinforce our alliance and to realize a free and open Indo-Pacific." 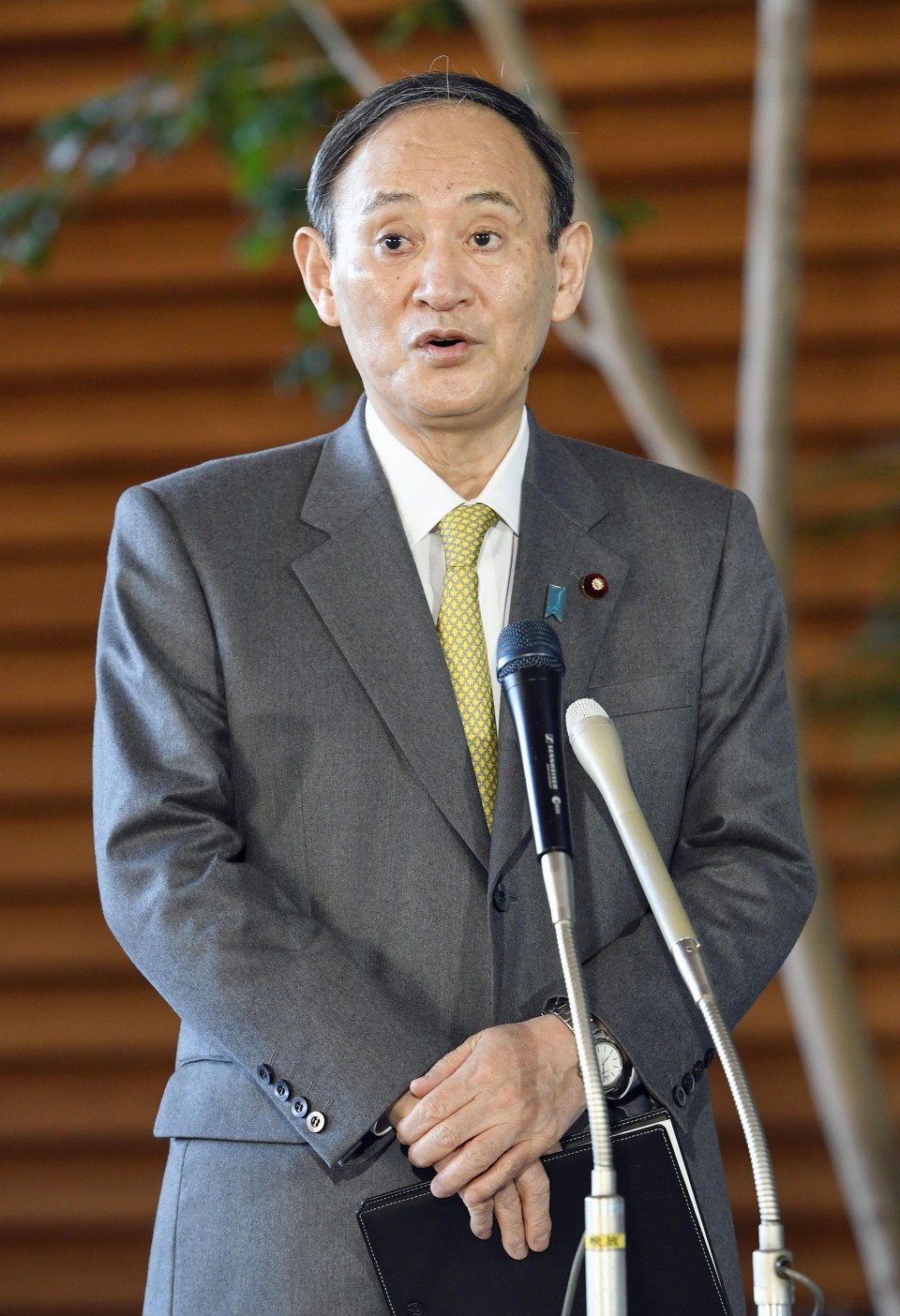 Prime Minister Yoshihide Suga speaks to reporters on Jan. 21, 2021, at his office in Tokyo. (Kyodo)

Speaking to reporters at his office, Suga said he also hopes to cooperate closely with Biden on global issues including the COVID-19 pandemic and climate change.

The Japanese government welcomed Biden's reversal of his predecessor Donald Trump's decision to pull the United States out of the World Health Organization and the carbon emission reduction-targeting Paris climate agreement, with Environment Minister Shinjiro Koizumi calling U.S. participation in the latter "vital" for its success.

Suga said a phone call with Biden is being arranged "for an appropriate time."

The prime minister had said earlier he hopes to visit the United States soon, possibly in February, for a meeting with the new president.

Suga appears eager to build close ties with Biden as both countries look to reinvigorate their coronavirus-hit economies as well as deal with China's military buildup and rising assertiveness, and North Korea's nuclear and missile development program.

I look forward to working with you and your team to reinforce our alliance and to realize a Free and Open Indo-Pacific.

Shortly after the former vice president's victory in the November election, Suga and Biden agreed in a phone call to work together to maintain peace and stability in the Indo-Pacific region.

Suga said after the conversation that Biden made assurances the United States is committed to defending the Senkaku Islands, a group of East China Sea islets administered by Tokyo but claimed by China.

The comment drew the ire of China, which often sends coast guard ships into waters around the Senkakus, known as Diaoyu in China.

Opposition lawmakers in Japan also offered congratulations to Biden, with Yukio Edano, leader of the Constitutional Democratic Party of Japan, saying in a statement he hopes "multilayered Japan-U.S. relations will further develop" under the new president to help "restore the international community to its full potential."