A public elementary school building in northeastern Japan where more than 80 pupils and teachers lost their lives in the 2011 tsunami is scheduled to open possibly in April as a memorial to those impacted by the disaster.

Okawa Elementary School in Miyagi Prefecture, located about 4 kilometers from the coast, will have an area where visitors can pray for the victims as well as exhibits to remember the calamity that beset the area on March 11, 2011. 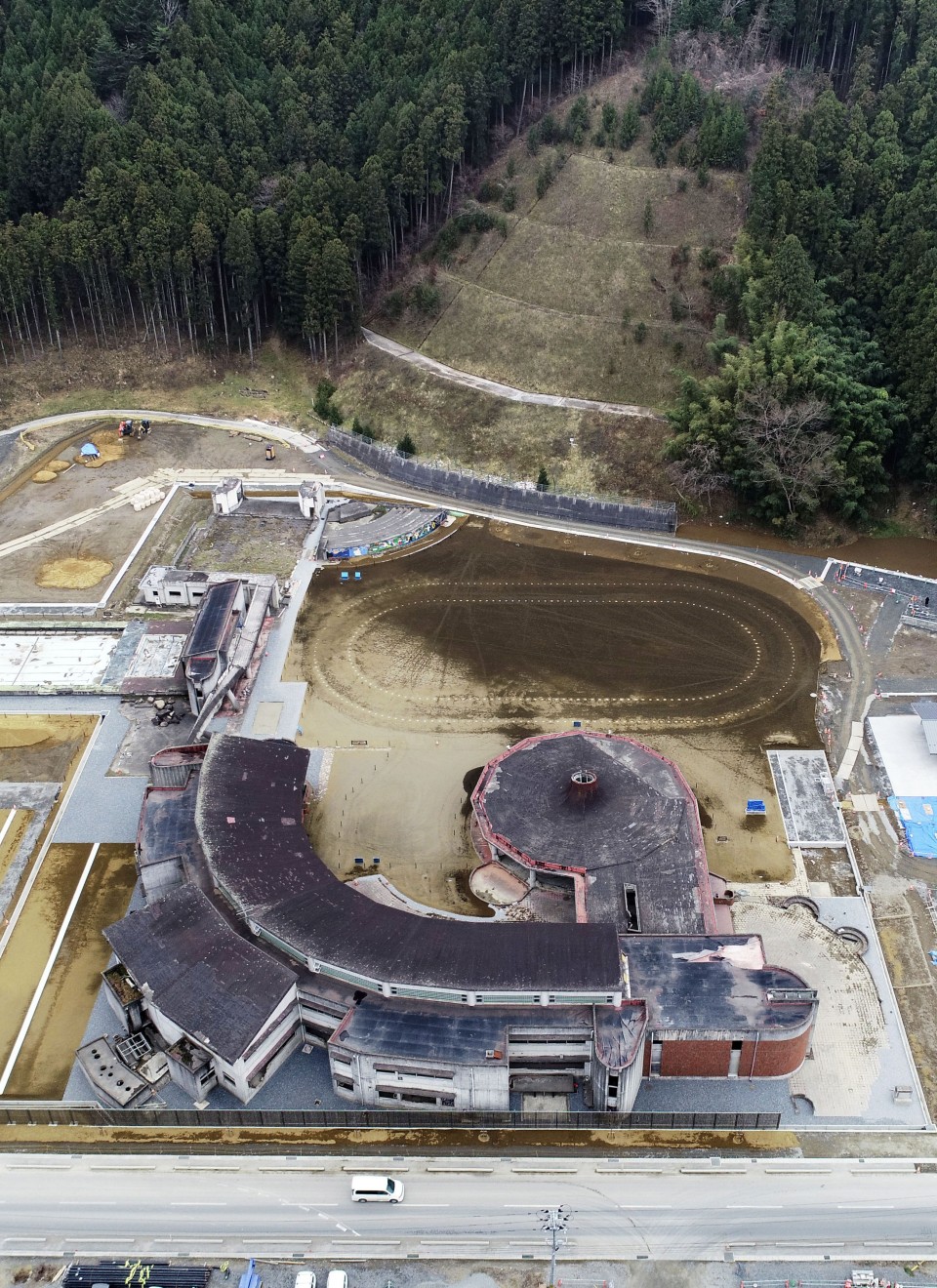 Photo taken from a drone on Dec. 28, 2020, shows the tsunami-hit building of Okawa Elementary School in Ishinomaki, Miyagi Prefecture. (Kyodo)

The city government of Ishinomaki decided in March 2016 to preserve the school. But opinions are divided among residents, with some bereaved families saying they cannot bear the sight of the building.

Many of the 108 pupils of the school were instructed by teachers to remain in the schoolyard for about 50 minutes after the magnitude 9 earthquake struck just off the coast of northeastern Japan.

Huge tsunami reached the school just after they started evacuating to a nearby hill, killing 70 pupils, and 10 teachers and officials. Four students remain unaccounted for.

"I want people around the country to know about what happened under school supervision at Okawa elementary," said Sonomi Sato, 24, who lost her sister at the school.

In March 2014, the families of 23 students filed a damages suit against the prefectural and city governments, arguing the school should have implemented better anti-tsunami measures.

The school sat approximately 1.5 meters above sea level near a river. The city's hazard map at the time did not designate the school as being in an area that could potentially be hit by a tsunami.

A Japanese high court acknowledged the deaths could have been prevented if the city and prefecture had updated a contingency plan and ordered the governments to pay about 1.43 billion yen ($13.7 million). The ruling was finalized in 2019 after the governments' appeal was rejected by the Supreme Court.

In the 10 years since the earthquake, tsunami and nuclear disaster, numerous memorials and relics have been preserved in the hardest-hit areas to ensure the lessons learned will be passed down to future generations. However, efforts to create such monuments have not always been trouble-free. 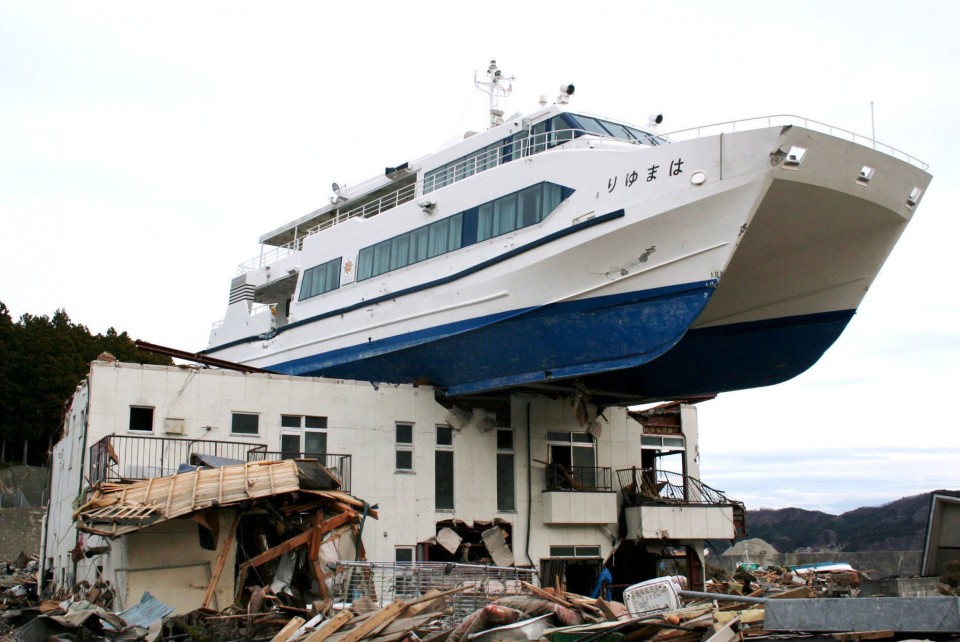 File photo taken on April 8, 2011, shows the pleasure boat ''Hamayuri'' washed up on a rooftop of an inn by tsunami. (Kyodo)

On Monday, demolition work began on a two-story building that had a 28-meter-long sightseeing boat swept onto its roof following the tsunami in Otsuchi, Iwate Prefecture.

The boat, estimated to be around 200 tons at the time of the disaster, was taken down in May 2011 and scrapped. The town had hoped to recreate the incident by placing a boat on top of the building, used as a guest house at the time, as a memorial.

However, the town was unable to gather enough funds, only receiving 1 percent of its 450 million yen goal, and decided to give up on the plan last year.

Members of the town assembly said at the time that enough support was not gathered due to a lack of publicity for the effort.