Top-ranked maegashira Daieisho and No. 16 Akiseyama kept their perfect records intact Friday with their sixth straight wins at the New Year Grand Sumo Tournament, where No. 7 Meisei suffered his first defeat.

Daieisho saw sekiwake Terunofuji (3-3) momentarily succeed in stemming his thrust but never took his foot off the gas, emphatically pushing out the former ozeki at Tokyo's Ryogoku Kokugikan.

The 27-year-old former sekiwake, who beat three ozeki in the opening three days, was joined by Akiseyama. The veteran remained unbeaten despite looking dead and buried against diminutive No. 12 Terutsuyoshi (2-4). 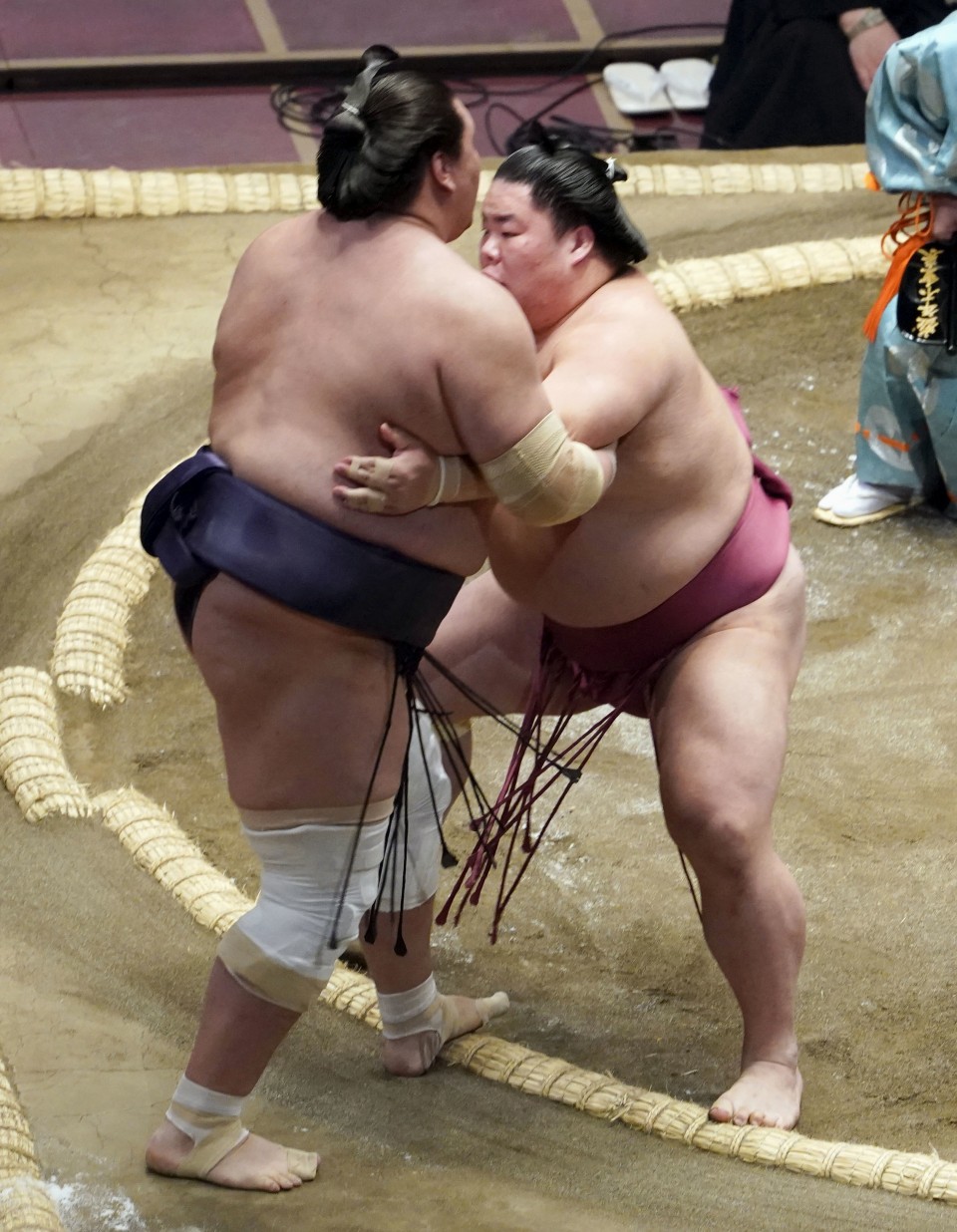 The 35-year-old Akiseyama was on the back foot following a low initial charge from his counterpart, but had a strong thrust down in his locker with his right arm at the edge to turn the tie around.

Akiseyama had only fought once in the elite makuuchi division in March 2016 when a 4-11 record saw him drop straight back down to the second-tier juryo the next meet.

Meisei took a step back from the title race after suffering his first defeat of the meet. The 25-year-old failed to assert enough pressure on No. 5 veteran Okinoumi (4-2), who comfortably repelled the initial charge and executed a timely thrust down.

Ozeki Shodai (5-1) had a forceful swivel from former ozeki Tochinoshin (2-4) to contend with but was never troubled before pushing out the Georgian No. 4.

Having pulled out of the November meet with an injury and slapped with a losing record, Shodai needs a winning record here to avoid demotion from ozeki, the second-highest rank in the ancient sport. 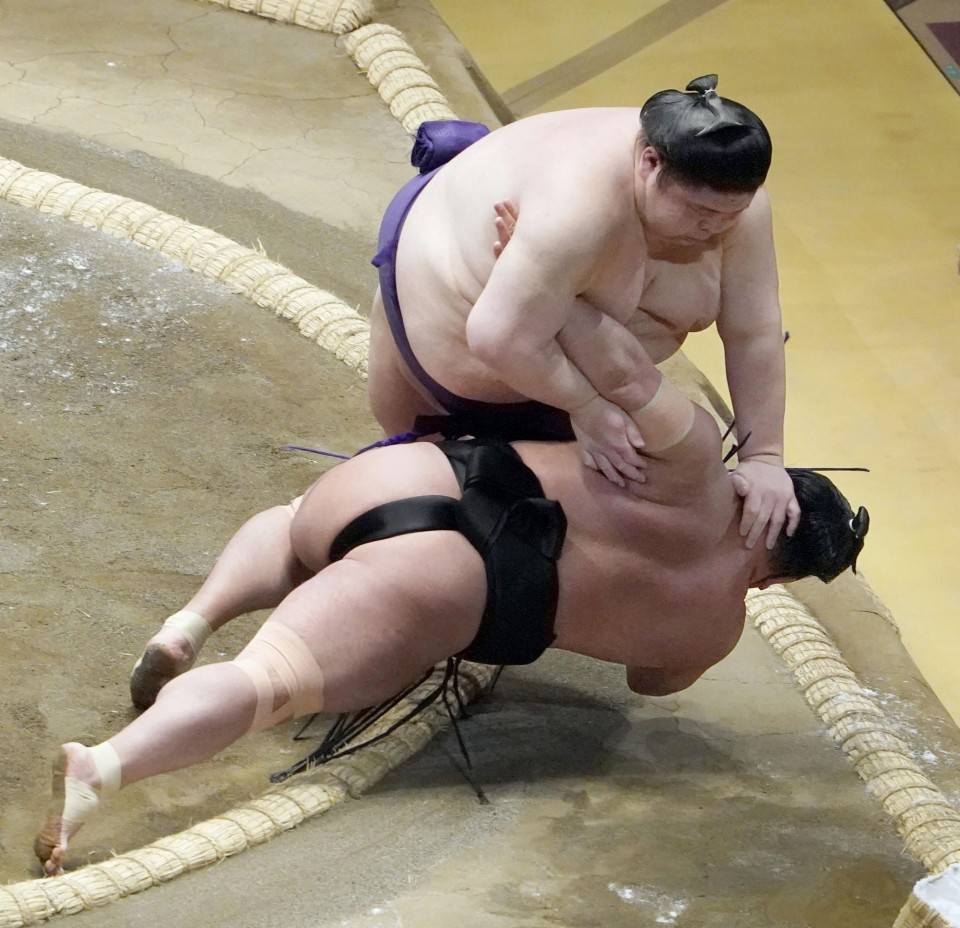 But Asanoyama, who also pulled out in November for a losing record and has his ozeki rank on the line, slipped to his third defeat at the hands of No. 2 Takarafuji (3-3).

The ozeki looked on course for a routine win but lacked the final push to force the maegashira off the raised ring, and fell to Takarafuji's successive overarm throw attempts.

After seeing his yokozuna promotion bid dashed with four straight defeats to open the tournament, November-meet winner ozeki Takakeisho looked to get things back on track with a second straight win but was denied by No. 3 Onosho (4-2).

Takakeisho's low charge was enough to force back the rank-and-filer initially but the ozeki failed to maintain the momentum before he was easily pushed out on a counter.

No. 15 Kotonowaka won for a fifth straight days to stay close behind the leading pack, forcing out No. 12 Mongolian Ichinojo for his second defeat of the meet.

Sekiwake Takanosho (4-2) had a bout to forget, easily backing off and getting thrust off the raised ring by No. 4 Tamawashi (4-2).

Takayasu (3-3) came out on top in the battle of komusubi, the fourth highest rank, his right overarm throw enough to force Mitakeumi (2-4) off balance in an eventual force-out win.