Work to remove oil that leaked from a stranded Japanese freighter along the coastline of Mauritius has been mostly completed about six months after the environmental disaster, according to the owner of the ship.

The bulk carrier Wakashio, owned by Nagashiki Shipping Co. in Okayama Prefecture, western Japan, ran aground off Mauritius in late July and began spilling more than 1,000 tons of oil into the pristine environment in early August when one of its five fuel tanks cracked. 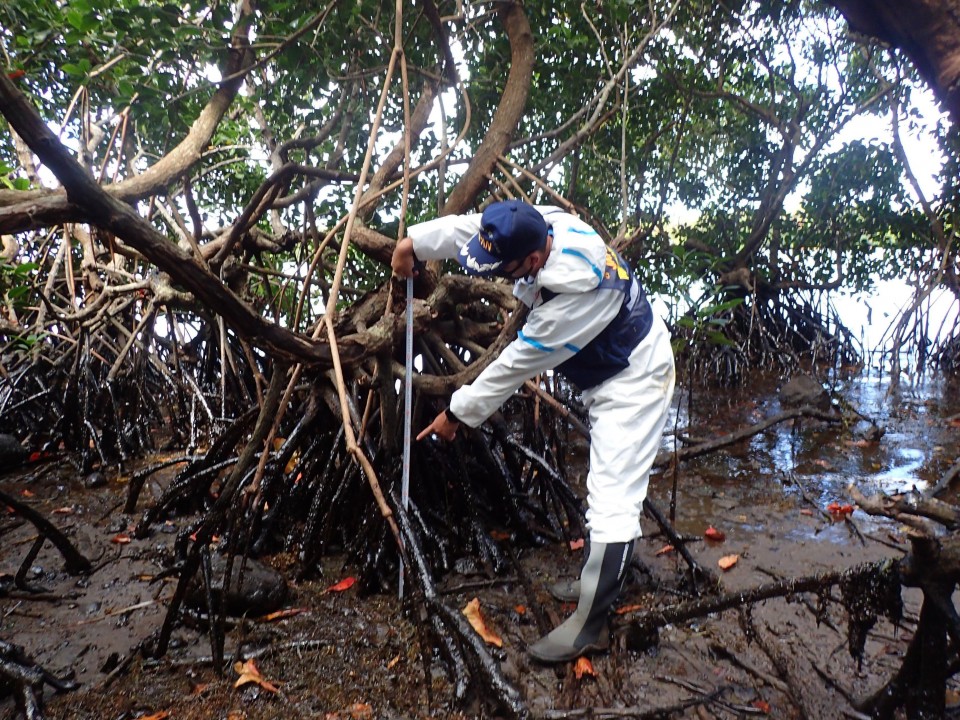 A member of a Japanese disaster relief team assesses the impact of an oil spill on mangroves in Mauritius in August 2020. (Photo courtesy of the Japan International Cooperation Agency)(Kyodo)

"All visible oil has basically been removed," a Nagashiki Shipping official said.

Mauritian authorities still need to confirm the outcome of the cleanup effort before it is officially completed, according to the shipping company.

The front section of the vessel has already been scuttled and preparations are under way to sink the rear section in an operation starting in February.

Regarding the cleanup, environmental groups have expressed concern about the impact of the spill on a sanctuary for rare wildlife, as it is difficult to completely remove oil from coral reefs and tangled mangrove roots.

Removing oil from coastal mangrove forests is particularly difficult as cleanup efforts can lead to deeper penetration of oil beneath the surface, according to a Japanese team of environmental experts dispatched to the accident site. 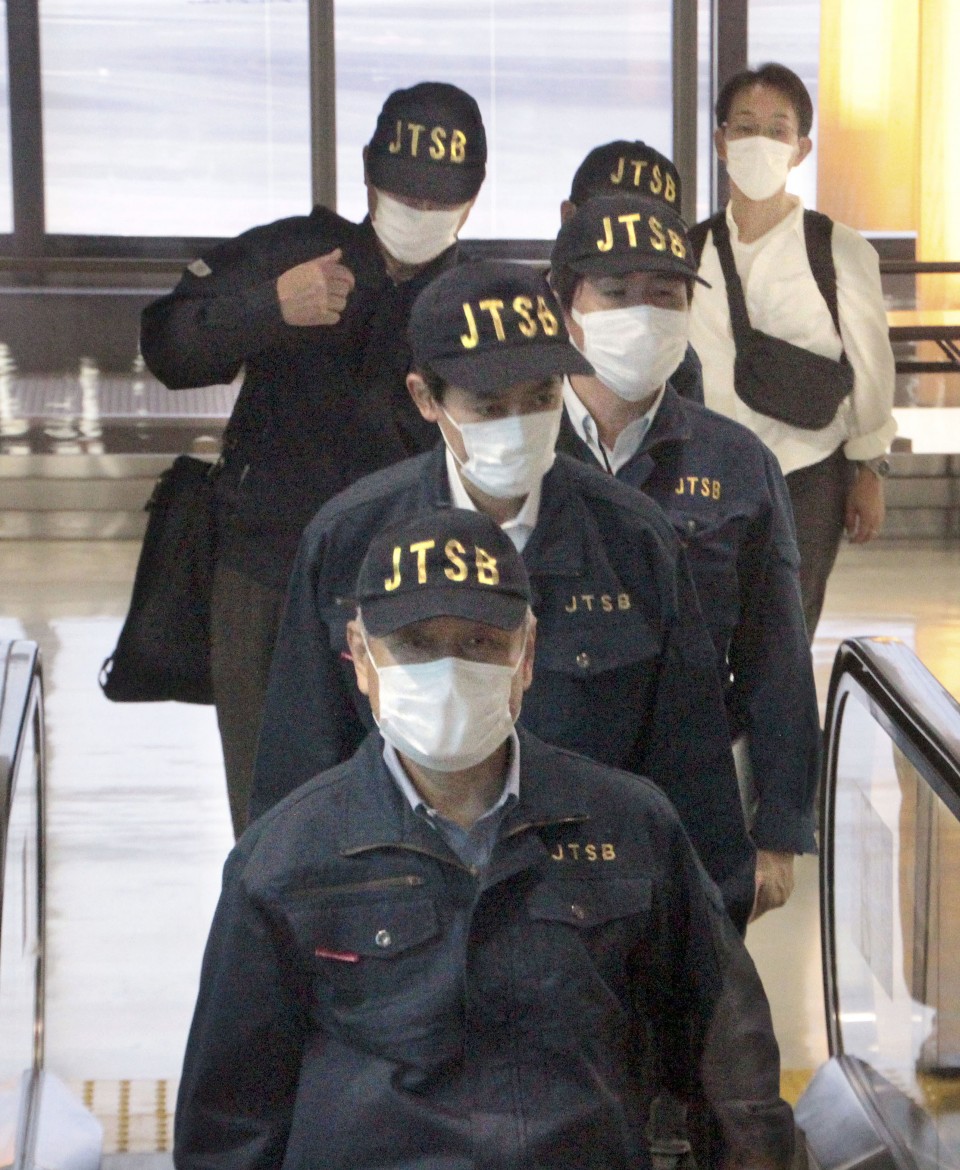 Marine accident investigators from the Japan Transport Safety Board leave Narita international airport on Sept. 20, 2020, to probe an oil spill in Mauritius caused by a Japanese vessel. (Kyodo)

In response to the incident, Japan dispatched disaster relief teams to Mauritius in August and September to give advice and undertake an assessment of the ecological impact, followed by a survey mission in October that investigated the socioeconomic effects on local communities.

Japanese Foreign Minister Toshimitsu Motegi said during his visit to Mauritius in December that Japan is considering offering 30 billion yen ($289 million) in loans to the Indian Ocean country to help it recover from the oil spill and develop its economy.

In August, local police arrested the vessel's captain, an Indian national, together with the first officer, a Sri Lankan, on suspicion of negligence in operating the vessel.

They are believed to have navigated close to the shore to pick up a mobile network connection.