Sexism, harassment, a web of codependent relationships that hamper reporting -- the Japanese media industry is fraught with issues that are often skirted around or left under the carpet.

But a team of three New York-based Japanese creators is hoping to change that. Calling themselves Derrrrruq!!! -- a name derived from the phrase "the nail that sticks out," which always gets hammered down in the Japanese proverb -- the trio last February released "HodoBuzz," a bold six-episode miniseries that shines a spotlight on all the above issues.

"We wanted to create something new and powerful in a way people wouldn't expect from the mainstream media," Tsukasa Kondo, who wrote the script for the series under the supervision of famous anime screenwriter Dai Sato, said in a recent online interview with Kyodo News.

Together with the other two members of Derrrrruq!!! -- director Mari Kawade and actress Maho Honda -- Kondo, 36, produces content with the aim of becoming "a disruptive force in the industry." Their debut project "2nd Avenue" was an equally unconventional web series released in 2013 about an aspiring Japanese actress in New York and her gay roommate. 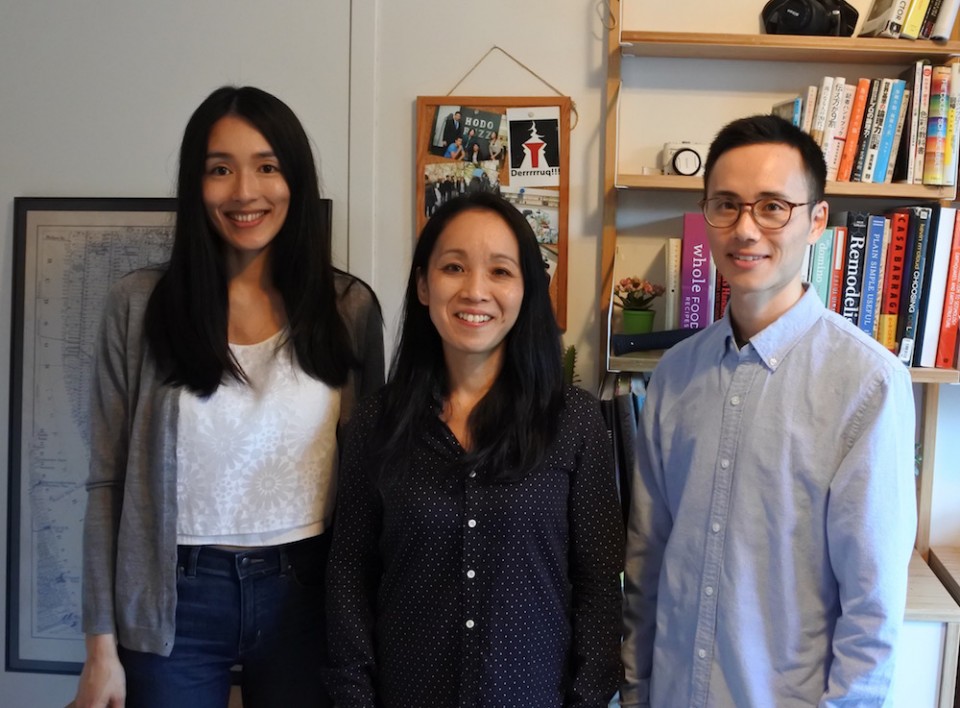 "Our shows really reflect the makeup of our team. Meaning, this is a team consisting of two women and one gay man coming from Japan, and living in America, and looking back at Japan with a slightly different perspective. So naturally, our stories reflect a lot of minority views," said Kondo.

"HodoBuzz" offers viewers a glimpse into the struggles of a Japanese female reporter who, tired of obstacles in Japan's media industry, quits her job as a variety show host in Tokyo and leaves for New York to pursue her dream of being a news anchor.

Although the series tackles a myriad of issues prevalent in Japanese society, including a lack of understanding towards minorities such as LGBT and half-Japanese children, the strongest inspiration for the series was the sexism inherent in the role of female announcers, the team says.

"Many intelligent and beautiful women who are the winners of beauty pageants at their universities choose to enter this competitive world that is run by men. That alone, in my opinion, is very unique to Japan," said Kondo.

Female announcers, known as "joshi-ana" in Japan, are versatile TV personalities who are expected to be more than just copy readers. Regarded as on-air talent for television shows, they are primarily hired for their looks to keep viewers watching.

Such requirements mean that they are often sexualized and expected to be "eye candy," even for news programs. Many lose their onscreen jobs as they age into their 30s to newer, younger female reporters.

Honda, a former model in Japan, says she is more than familiar with the harassment that comes with a job where you are judged based on your appearance -- an issue consistently faced by the series' protagonist Asuka Wada, whom she plays. It was the norm in Japan. 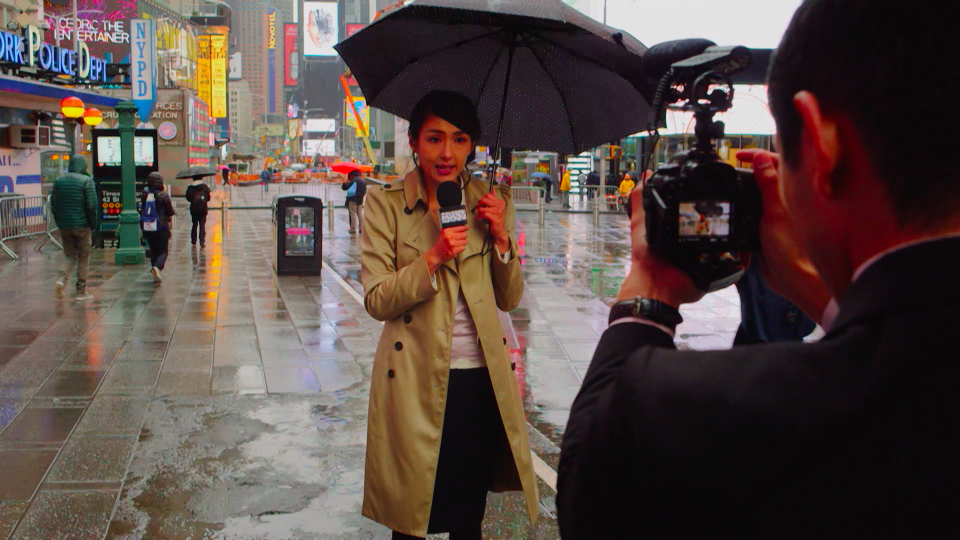 "Anything I did on TV, the audience talked about my looks and said bad things like 'she's so ugly,' 'she's so fat,' things like that," Honda said. "So when my job was not going anywhere, when I was stuck on what to do to improve my craft and performance, all I could think of was to be skinnier or to have better makeup."

The series' director Kawade, who worked with a number of joshi-ana during her former career as a concert promoter and producer, said she was shocked to learn that joshi-ana have no managers despite being treated in the same manner as television celebrities.

"They have to protect themselves, because they are employees of the news networks too," said Kawade. "So I thought joshi-ana are really symbolic of how Japan treats young women in its society."

Japan has a dismal overall track record in gender equality, ranking 121st among 153 countries in the Gender Gap Index by the World Economic Forum in December 2019, down from 110th the previous year. The country was also listed in the bottom 10 in terms of political empowerment due to low female representation in the Cabinet and parliament.

Kawade, who herself had been the target of sexism and sexual harassment during her long career in the entertainment industry, said that many capable women hit a "glass ceiling" in Japan -- an internal process or archaic views that prevent certain people from moving up.

She recounts not getting the right to make any decisions despite being promoted to a senior position, and the case of a man quitting after a week because he could not bear working under her, a younger woman.

"The energy or anger or fear that I got from (those incidents) is put into the work, into 'HodoBuzz,'" said Kawade.

It took around six years to bring "HodoBuzz" to life including writing, shooting, post-production and distribution, according to Kondo. As the controversial content meant that it was hard for the series to get funding through traditional avenues, the team ran a successful Kickstarter campaign in 2018 to raise $30,000 for post-production and promotion.

"Interestingly, that (Kickstarter) campaign helped to find the audience that we wanted to reach eventually," said Kondo. "So it was nice to have Twitter reactions on the first day that we released in Japan." 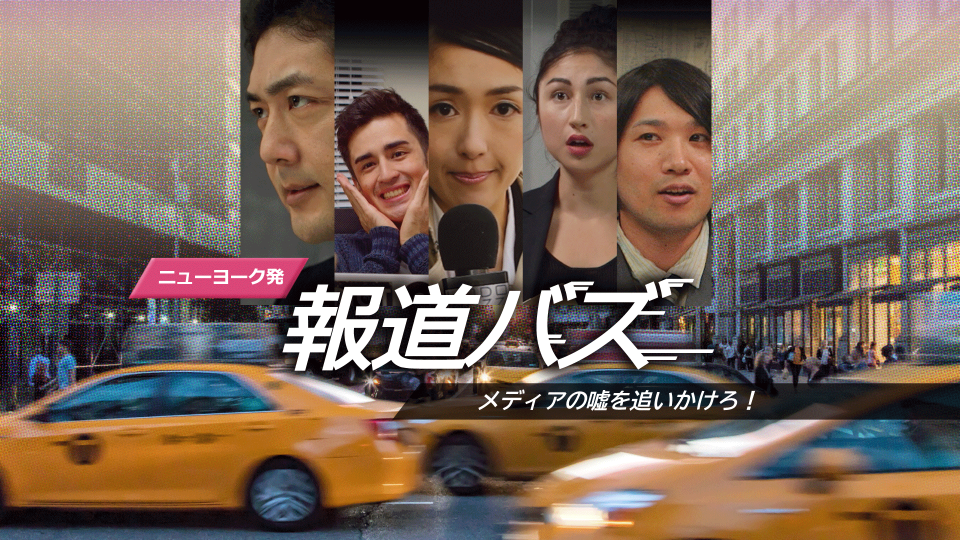 In the year since its release, the series has received overwhelming support from women in Japan, particularly female reporters, according to the team. But ironically, the industry rules of the game have prevented many from openly voicing their support.

But for the industry to change, Honda says, more diversity is first needed in decision-making positions, including more female, LGBT, and bicultural executives.

Kawade agrees, saying that the opportunity to tell new stories and new ideas is currently limited in the Japanese entertainment industry, which in reality comprises only a small inner circle of "big companies, big networks, big record companies that get together and make similar things again and again."

"So we made 'HodoBuzz,' which is very different in a lot of ways from conventional Japanese drama," Kawade said. "When there is diversity behind the camera, I think the contents can be really diverse too."