During their roughly 30-minute phone conversation, the two agreed that South Korea and the United States will "closely discuss the matter to reach a solution," the ministry said in a statement, adding that they also confirmed stronger bilateral cooperation in tackling such issues as climate change and the coronavirus pandemic. 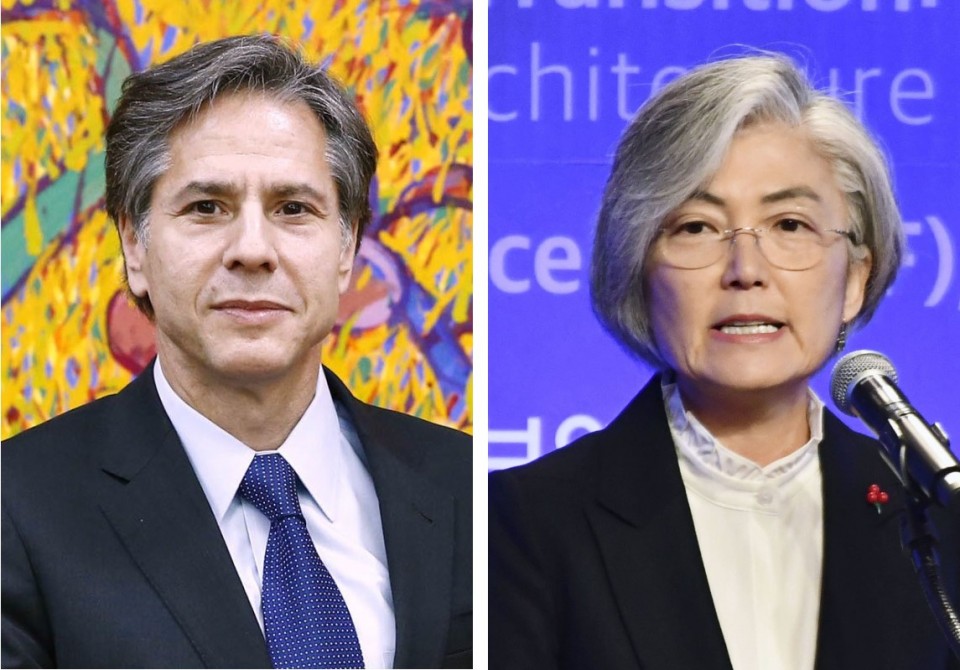 The phone talks were held just hours after Blinken was confirmed by the Senate.

Kang, who is set to step down as foreign minister after more than three years in the post, expressed hope that her successor will be able to speak with Blinken at an early date, according to the ministry.

President Moon Jae In has named Chung Eui Yong, a former director of the National Security Office, as new foreign minister. But his confirmation hearing has yet to be held in parliament.

On Tuesday, Moon held phone talks with Chinese President Xi Jinping. During the talks, Xi said he "actively supports" Moon's efforts to achieve denuclearization of the Korean Peninsula, saying it is in agreement with the common interests of both countries, according to an official at Moon's office.

The two leaders also agreed to work to hold at an early date a trilateral summit that also includes their Japanese counterpart, Prime Minister Yoshihide Suga, the official said.

The three-way meeting was not held last year amid frosty ties between Japan and South Korea over compensation for wartime labor and other issues.