Ceremonies to mark the Coming-of-Age Day in Japan were held online or outdoors Monday, with some municipalities canceling the event altogether to prevent the spread of the novel coronavirus amid a recent countrywide surge.

The customary indoor event was moved outside in the western city of Higashiosaka, Osaka Prefecture, to the Hanazono Rugby Stadium, as new adults congregated in the stands wearing kimono and suits. 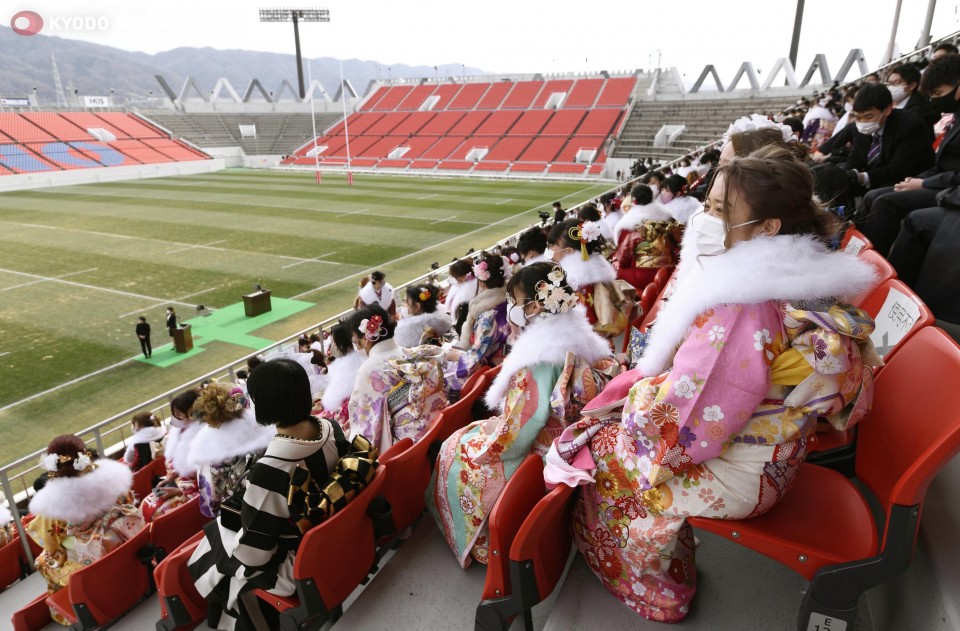 Meanwhile, the city of Saitama near Tokyo streamed an online ceremony, which only included some new adults who assumed membership of its organizing committee. 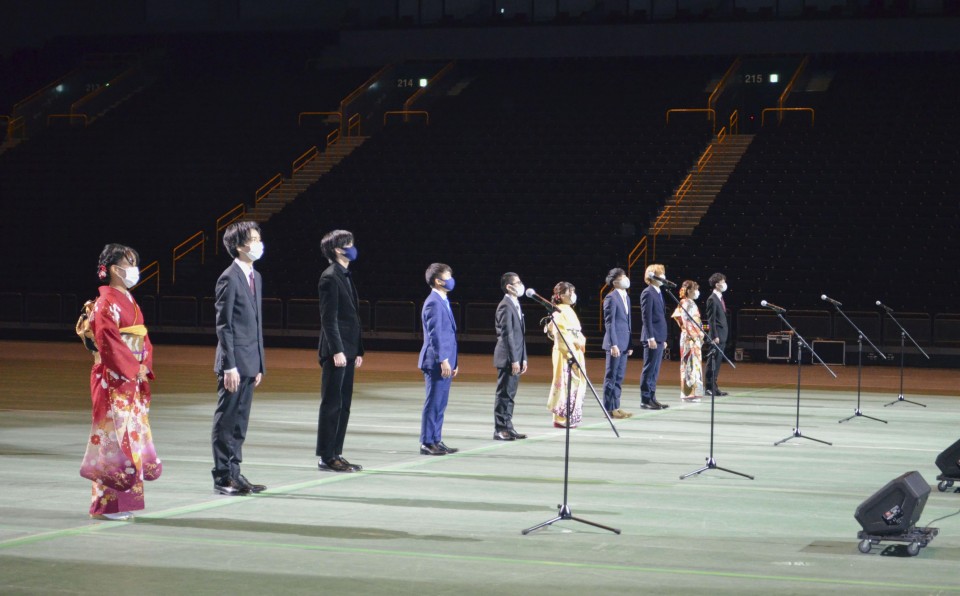 Photo taken on Jan. 11, 2021, shows 10 people attending a coming-of-age ceremony at Saitama Super Arena near Tokyo, broadcast online for other people in the city who would have attended it without the coronavirus pandemic. The 10 people organized the ceremony, held at a time when the Tokyo metropolitan area is under a virus state of emergency. (Kyodo) ==Kyodo

Japan holds nationwide ceremonies on the second Monday of January for those who turned or will turn 20 by the end of the following March in their hometowns. The events often see women wear lavish kimono to mark the national holiday.

Yokohama, which counts around 37,000 new adults, boasts the largest group of youngsters across all municipalities in Japan. The city held official ceremonies multiple times at two separate venues, with staff disinfecting seats after every occasion.

"I wasn't worried about the coronavirus because there were lots of empty seats in the hall," said university student Mahiro Tomita, 20.

Tokyo's Suginami ward was the only district to hold a ceremony across the capital's 23 wards. The event was held four times, limited the number of participants and implemented measures to avoid the "3Cs" -- confined spaces, crowded places and close-contact settings. 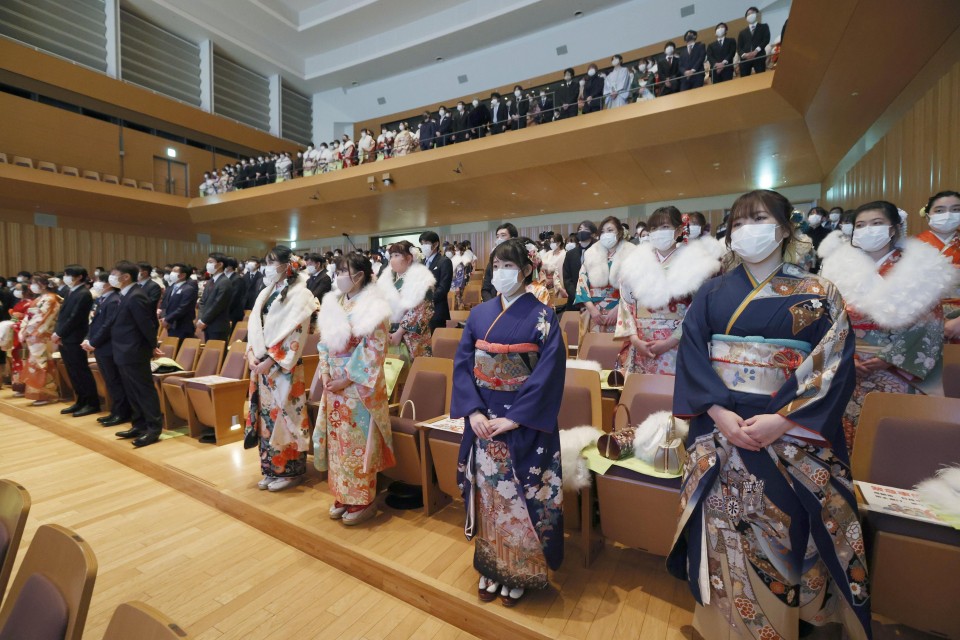 People maintain social distancing during a coming-of-age ceremony in Tokyo's Suginami Ward on Jan. 11, 2021, as the capital is under a coronavirus state of emergency. (Kyodo) ==Kyodo

"I would like everyone to avoid going out for drinks after the ceremony, and head straight home," said Suginami Mayor Ryo Tanaka.

Some university students from the event expressed mixed emotions concerning the ceremony, with 19-year-old Raizo Maeda revealing surprise at the large crowds.

"My friends who live in rural areas were unable to attend because of the pandemic, so I want to send them today's pictures," he said.

Officials from Shibuya ward in Tokyo, which has deferred a ceremony, were on standby at its venue to notify those unaware of the postponement.

"Usually, we see people dressed in kimono walking in this area during the day. We have no choice because of the pandemic, but it's a little sad," said a man who manages an eatery in Shibuya.