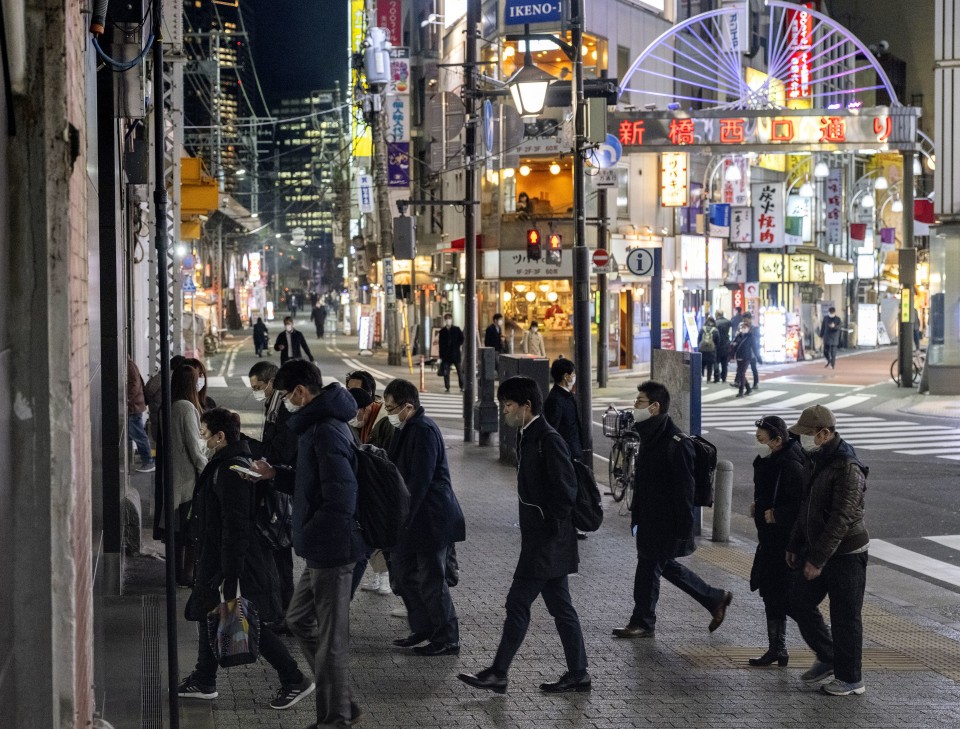 The number of coronavirus patients recuperating at home in Japan reached 30,208 this week, the health ministry said Saturday, as the country's medical system has been increasingly strained in a third wave of infections.

The figure as of Wednesday was 1.7 times that of the previous week, said the Ministry of Health, Labor and Welfare. It compares with 14,806 patients hospitalized and 7,781 staying at hotels and other isolation facilities.

On Saturday, meanwhile, more than 7,000 new coronavirus cases were confirmed across the country for the second straight day, a Kyodo News tally based on official data showed.

In Tokyo, 1,809 new cases were reported, while the number of hospitalized patients with serious symptoms rose to 136, according to the metropolitan government.

The ministry said the number of prefectures where the bed occupancy situation has reached Stage 4, the worst level on the government's four-point scale, was at 19, up from last week's 11.

Among the country's 47 prefectures, Tokyo had the largest number of homebound patients with 8,518, up over 3,000. In the wider Tokyo region, also including Kanagawa, Chiba and Saitama prefectures, the number of such patients rose to around 20,000.

Osaka, Aichi and Fukuoka prefectures reported over 2,000 such patients, respectively.

The situation poses a challenging task to health authorities in terms of keeping a check on patients in the event of a sudden deterioration in their condition.

The Tokyo metropolitan government on Wednesday reported the deaths of two COVID-19 patients -- a man in his 80s and a woman in her 50s -- who were recuperating at home.

The government advises patients suffering no or mild symptoms to stay at home or in a designated hotel to free up hospital beds for those in severe condition.

However, homebound patients are now believed to be a major factor in the recent rise of infections nationwide.

A state of emergency, under which people are urged to refrain from going out and restaurants asked to shorten their opening hours, took effect in the Tokyo region last week and has since been expanded to Osaka and six other prefectures.