The tally was up sharply from the previous record of 1,591 cases logged Wednesday, as the resurgence in infections in the capital and other parts of Japan shows no signs of abating.

Nationwide infections also set a record of 7,525 cases, up from 6,004 the previous day. 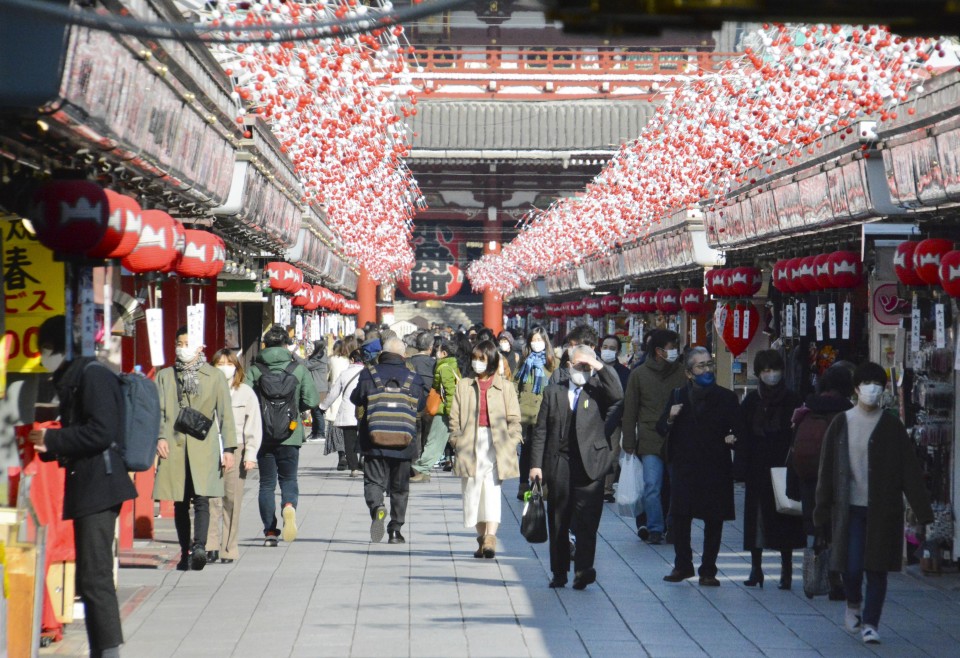 Fewer people than in a normal year walk in Tokyo's Asakusa tourist area on Jan. 7, 2021, amid the coronavirus pandemic. (Kyodo) ==Kyodo

Tokyo and neighboring Saitama, Chiba and Kanagawa prefectures, all of which are covered by the state of emergency, accounted for more than half of the nationwide total Thursday, with Kanagawa, Saitama and Chiba confirming a record 679, 460 and 450 cases, respectively.

The state of emergency will be in place until Feb. 7, with residents encouraged to stay home. However, some experts have warned it will take longer for the third wave of infections to come under control.

Suga has seen support ratings plummet amid public dissatisfaction with his COVID-19 response and hopes implementing restrictions "in a limited and focused manner" under the state of emergency will help stem the outbreak while avoiding massive damage to the economy.

The government previously declared an emergency in Tokyo and six other prefectures in early April last year to fight the first wave of infections, later expanding it nationwide before lifting it in late May.