Second-place ozeki Shodai remains one victory off the pace after digging deep against No. 5 maegashira Endo in an exciting final bout of Day 10 at Ryogoku Kokugikan. 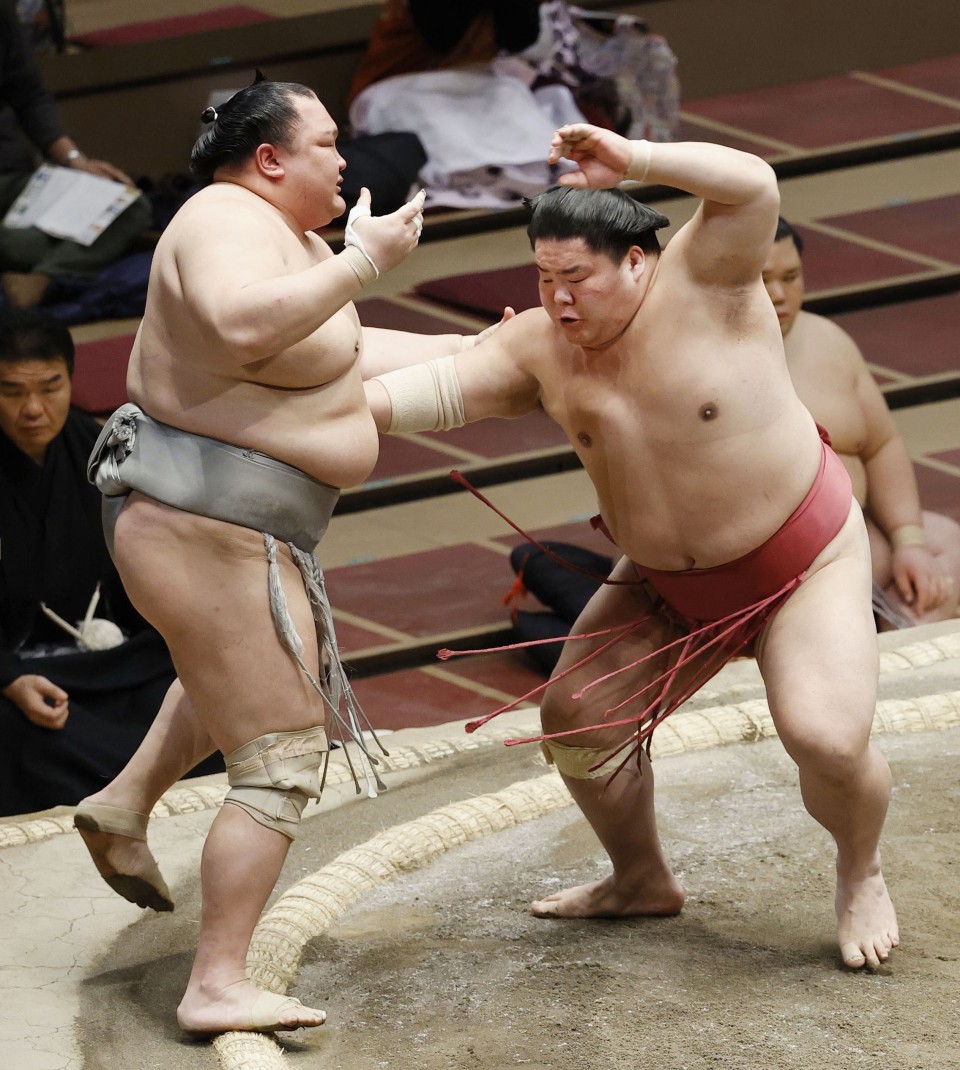 Struggling ozeki Takakeisho earlier in the day pulled out from the 15-day tournament with an ankle injury following a run of bad results that derailed his bid for promotion to the sport's top rank of yokozuna.

The winner of the November championship dropped to 2-8 after forfeiting his scheduled bout with No. 5 Okinoumi (6-4) and will enter his next meet as a demotion-threatened "kadoban" ozeki.

Former sekiwake Daieisho (9-1), who relinquished his perfect record against No. 2 Takarafuji on Day 9, bounced back with a strong performance against fellow No. 1 Hokutofuji (2-8).

In the derby battle between Saitama Prefecture natives, Daieisho used a powerful opening drive to take Hokutofuji to the edge, but needed a second burst to dislodge the stubborn former komusubi.

In the day's see-sawing final bout, Endo (5-5) wrenched Shodai off balance by the arm and almost toppled him before countering an attempted throw by the resilient ozeki. 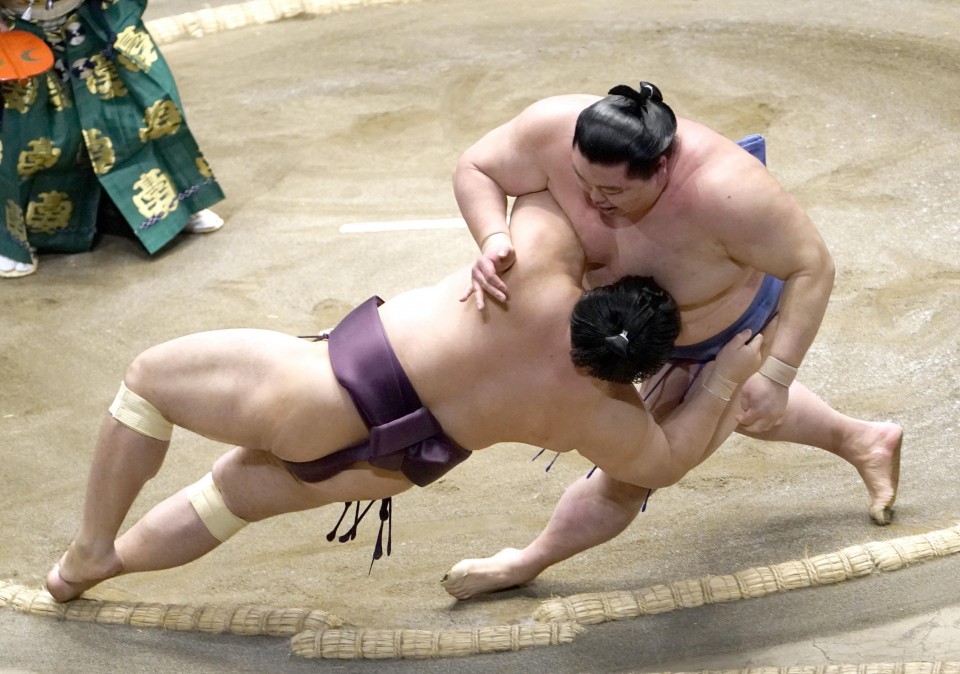 Shodai eventually secured the win by thrust down, with Endo hitting the clay first as both men tumbled.

After starting the meet as a kadoban ozeki, Shodai retained his place at sumo's second-highest rank by claiming his all-important eighth win.

Asanoyama needs just one more win to shake off kadoban status after decisively beating No. 4 Tamawashi.

Former sekiwake Tamawashi (5-5) landed a palm strike to Asanoyama's face, but the ozeki kept plowing forward to force him out.

Takanosho beat fellow sekiwake Terunofuji with a thrust down following a narrow escape at the edge of the ring.

The Tokiwayama stable grappler took Terunofuji (6-4) to the edge before being driven all the way back across the dohyo, but the judges ruled the Mongolian former ozeki was the first to exit as Takanosho (6-4) unleashed his desperate last-ditch move.

Komusubi Mitakeumi improved to 5-5 after pulling down No. 3 Onosho (6-4). The victory continues a wildly varied run of results here for the former sekiwake, including four straight losses and wins against all three ozeki.

Komusubi Takayasu improved to 6-4 by pushing out his fellow former ozeki, Georgian No. 4 Tochinoshin (3-7).

Takakeisho's withdrawal brings the number of absentees from the top two divisions to 17, with 15, including yokozuna Hakuho, out of action because of the coronavirus.

The other Mongolian-born grand champion, Kakuryu, pulled out before his opening-day bout due to a lower-back back injury.