A pagoda at Yakushiji, a Buddhist temple listed as a World Heritage site in Japan's ancient capital of Nara, will be partially opened to the public from March after undergoing its first major renovation in more than a century. 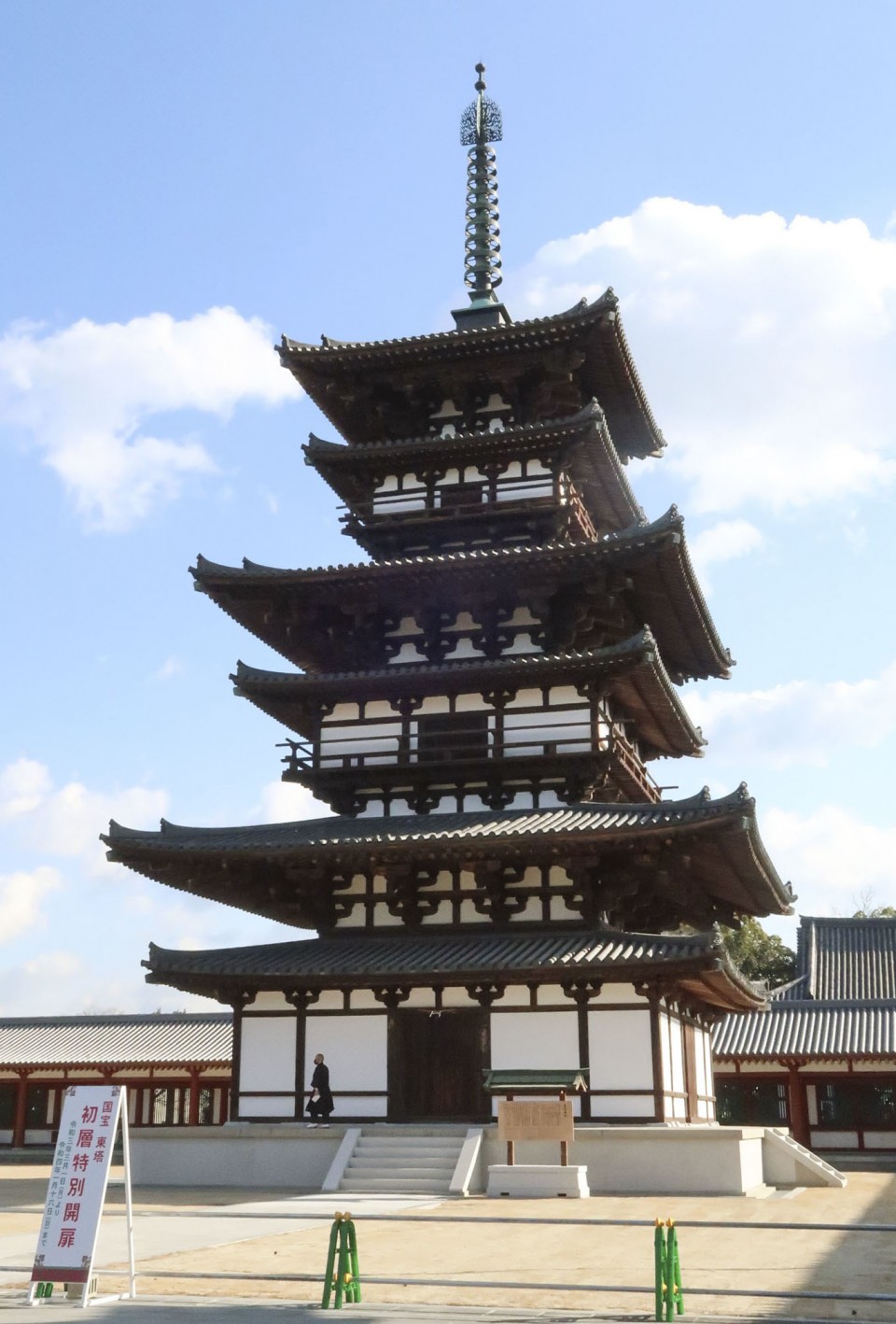 During the viewing period through Jan. 16 next year, visitors to the East Pagoda, designated as a national treasure, will be allowed on a platform surrounding the pagoda's entrance from where they will be able to see its central pillar and painted ceiling. They will not be able to enter the structure itself.

The temple decided to open the three-story pagoda to partial viewing in response to requests from members of the public to pray there.

Its first major renovation in around 110 years took place between 2009 through the end of last year. Visitors were initially scheduled to be allowed from May last year, when the bulk of the renovation work was completed, but the plan was put on hold due to the novel coronavirus pandemic.

"The renovation has been completed thanks to the help of many people," said Kitatsu Ikoma, vice chief priest of Yakushiji. "We want the public to see it."

The 33.6-meter-high East Pagoda is the only wooden structure to have survived from when the temple was founded over 1,300 years ago.

Ernest Fenollosa (1853-1908), an American historian of Japanese art and Tokyo Imperial University professor, is believed to have described the pagoda as "frozen music" for its rhythmical balance in appearance and beauty, according to the temple.