The 32-year-old center back, who moved from English Premier League side Southampton midway through last season, capitalized on a defensive lapse to score the winner in the 25th minute at Parma's Ennio Tardini Stadium. 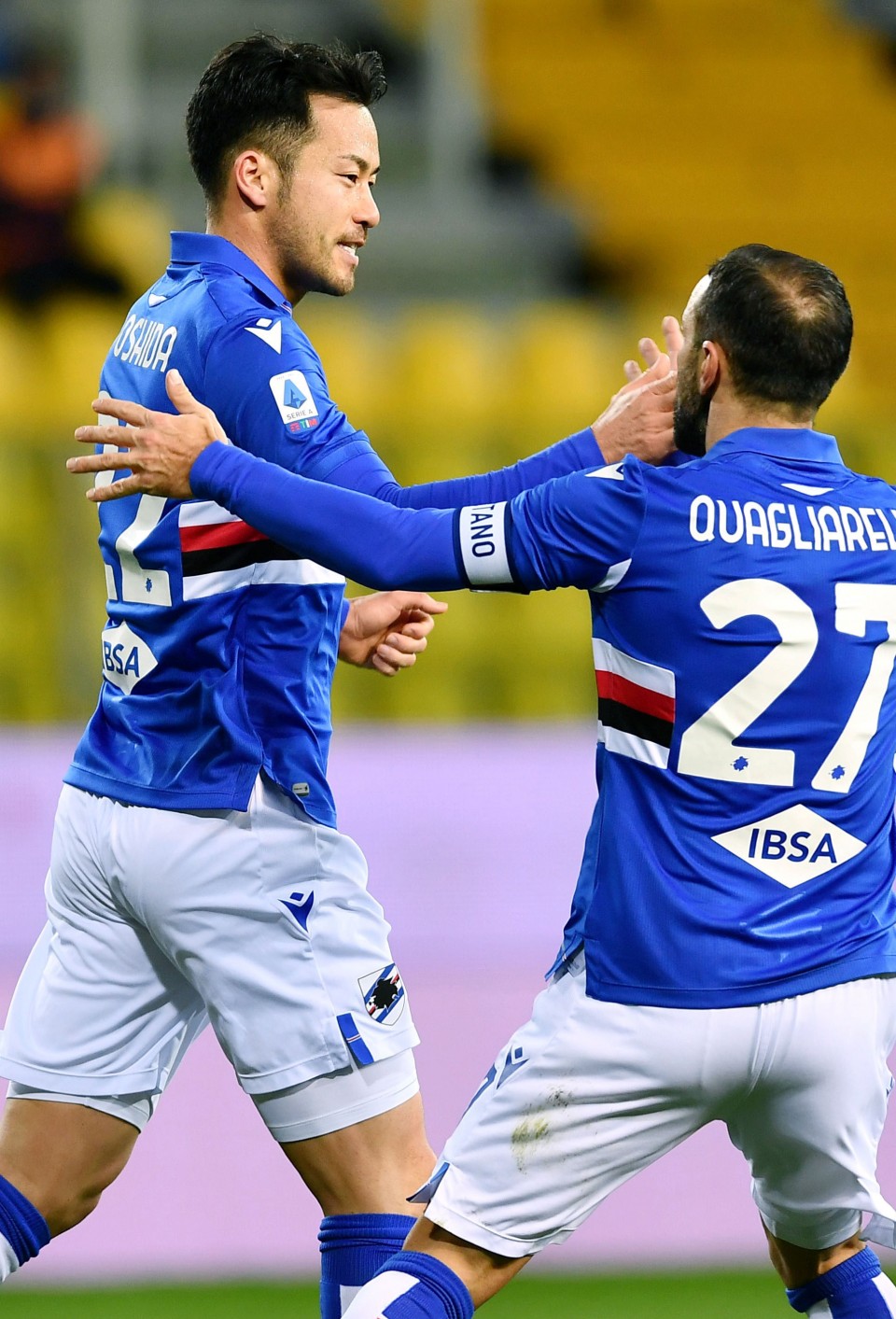 Sampdoria defender Maya Yoshida (L) is congratulated by teammate Fabio Quagliarella after scoring the opening goal in a 2-0 win against Parma in the Italian first division, at Parma's Ennio Tardini Stadium on Jan. 24, 2021. (Kyodo)

Unmarked following a set play, Yoshida tapped home from directly in front after the ball ricocheted into his path off a Parma defender. Winger Keita Balde added a second goal before halftime.

"I'm satisfied because we played a good game. Keeping a clean sheet is so important for the defenders and goalkeeper," Yoshida said.

The 189-centimeter defender, who has been a goal threat on set plays both for Japan and his club sides, said he aimed to add to his tally for 10th-place Sampdoria.

"I'd like to get two more by the end of the season," he said.

In Spanish La Liga, forward Yoshinori Muto set up the equalizer as Eibar drew 1-1 away to Celta for their first point in three league matches.

With his team trailing Brais Mendez's ninth-minute opener, Muto, who is on a one-year loan from Newcastle, lofted the ball into the box for Bryan Gil to volley home in the 53rd minute.

In the French top flight, Japan keeper Eiji Kawashima saw his run of three consecutive clean sheets for Strasbourg snapped in a 1-1 draw away to Dijon.

"It's a shame the run came to an end. But it's important that we didn't lose," Kawashima said.

The 37-year-old World Cup custodian has made 11 straight appearances for Strasbourg, but could face a selection battle following the return of injured goalkeeper Matz Sels to practice.

"I honestly don't know what will happen from here, but I will concentrate on getting results in the games I play," Kawashima said.