Monkeys at a zoo on Shodo Island in the western Japan prefecture of Kagawa endure winter weather by huddling together, with their "dumpling" growing bigger day by day amid severe cold waves.

The Choshi Valley Nature Zoo feeds some 500 wildlife monkeys. Their dumpling is often seen in winter, particular after around 3 p.m. when the sun begins to go down. It becomes larger as the mercury falls, sometimes consisting of nearly 200 monkeys. 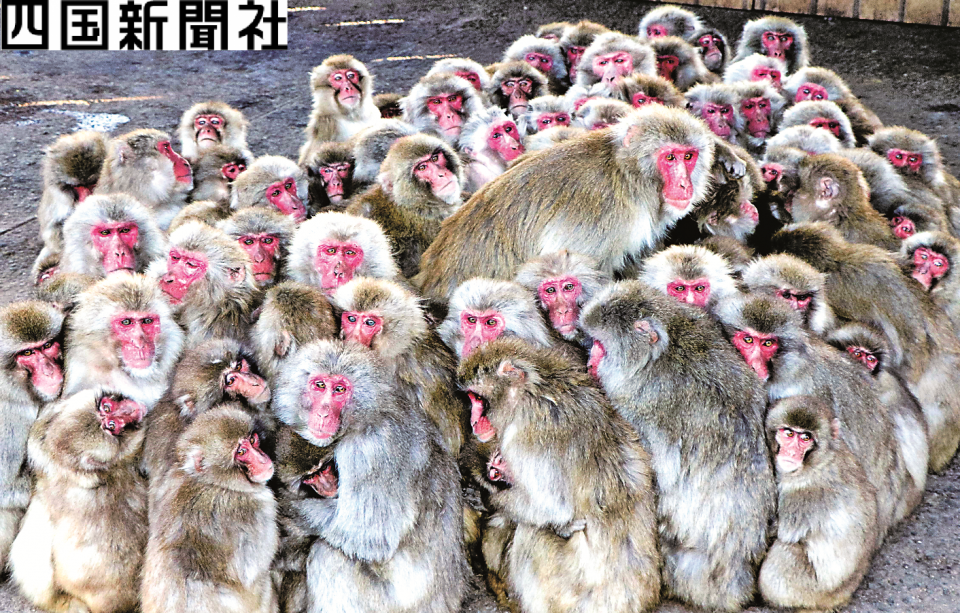 The dumpling can usually be seen until early March.

Monkeys at the zoo are divided into two groups. One of the groups formed a dumpling of some 100 on Jan. 8 around their leader.