Police have ruled out theft in an incident involving a rough ruby worth approximately 3 billion yen ($29 million) that was originally reported stolen Wednesday in central Tokyo during negotiations for a sale.

The incident in the capital's glitzy Ginza district was believed instead to be the result of a disagreement between the female owner of the ruby and the man who had been consigned to sell it.

According to local police, the woman left the ruby in the possession of the man around a year ago but is believed to have requested its return after he failed to sell it.

She left with the ruby after meeting with him on Wednesday, they said.

The police are currently questioning both parties to confirm the details.

The ruby was originally believed to have been snatched after the man called police around noon and said two men had fled the scene with the gemstone. 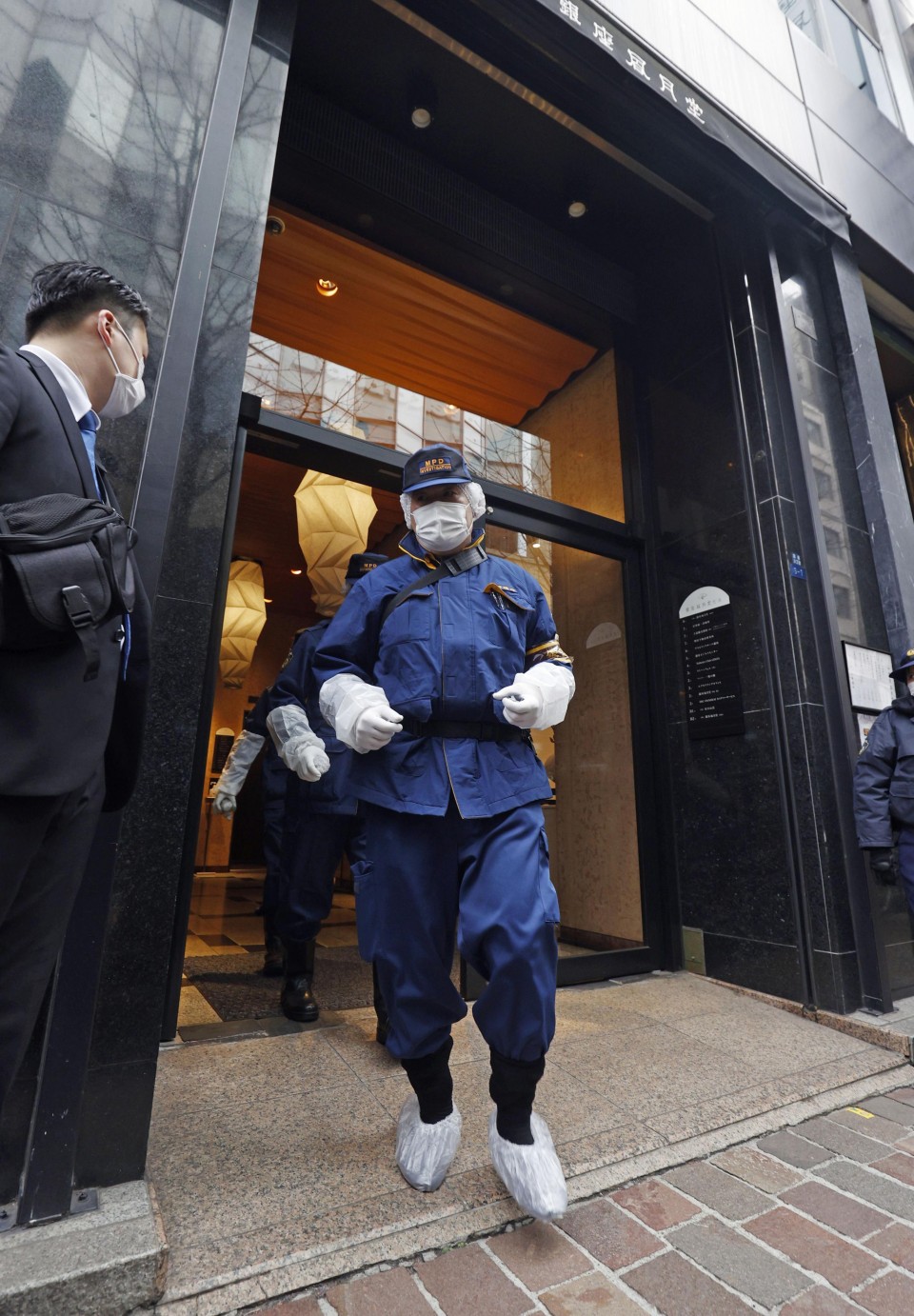 Police investigators exit a building where a rough ruby worth approximately 3 billion yen was reported to have been snatched in Tokyo's Ginza district on Jan. 27, 2021. (Kyodo)

27 minutes ago | The Kyoto Shimbun