"The Japanese government is closely watching (the situation) with concern. We want to request the release of Mr. Navalny and those who have been detained arbitrarily while engaging in peaceful demonstrations," Motegi told a press conference. 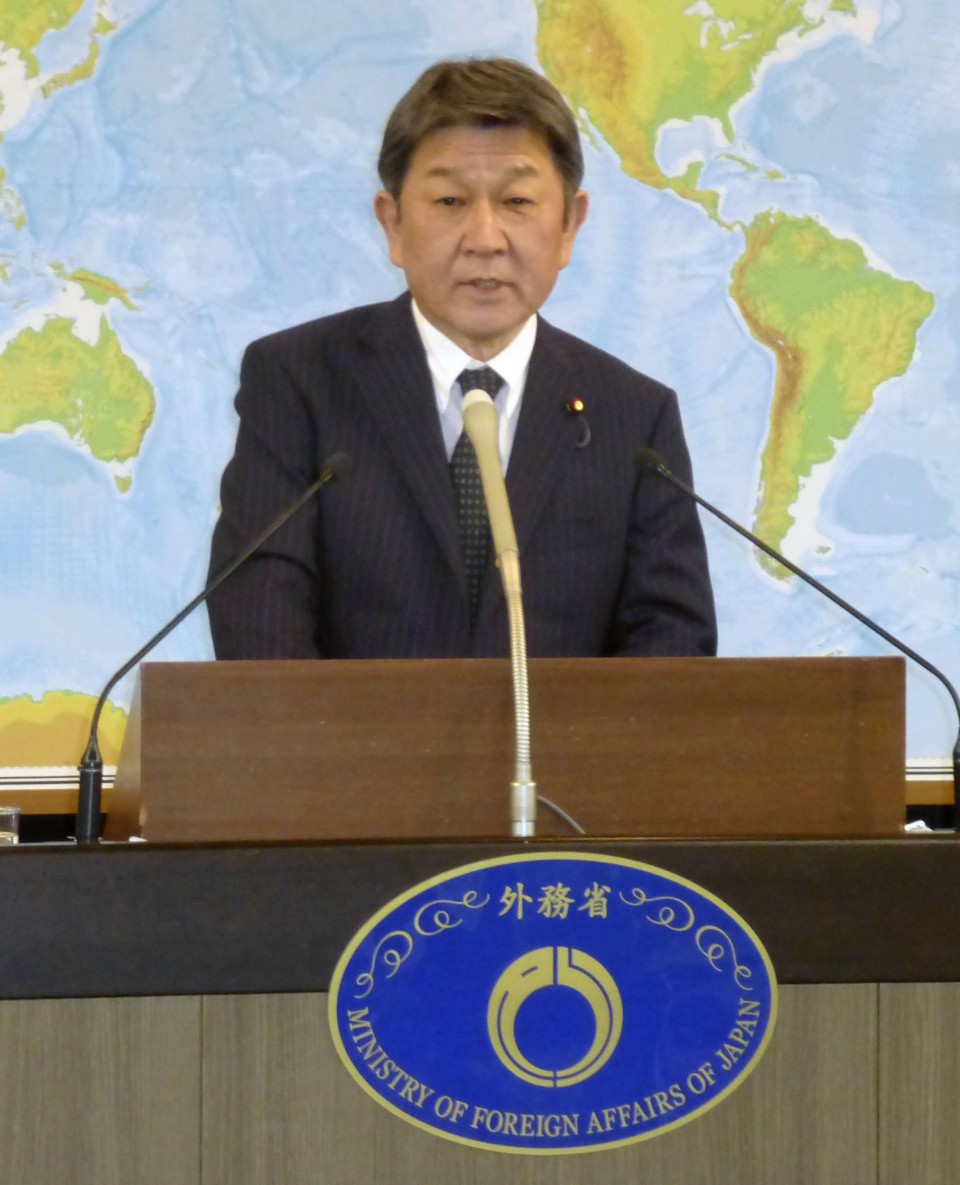 Navalny, known as a prominent critic of Russian President Vladimir Putin, was detained by police on Jan. 17 soon after he arrived in Moscow from Germany, where he had been recuperating for five months after a nerve-agent attack he blames on Russian authorities.

Thousands of people demonstrating across Russia against the detention of Navalny were detained on Saturday.

"Regarding the poisoning incident with Mr. Navalny, Japan calls on Russia to ensure transparency and bring the perpetrators to justice," Motegi said.