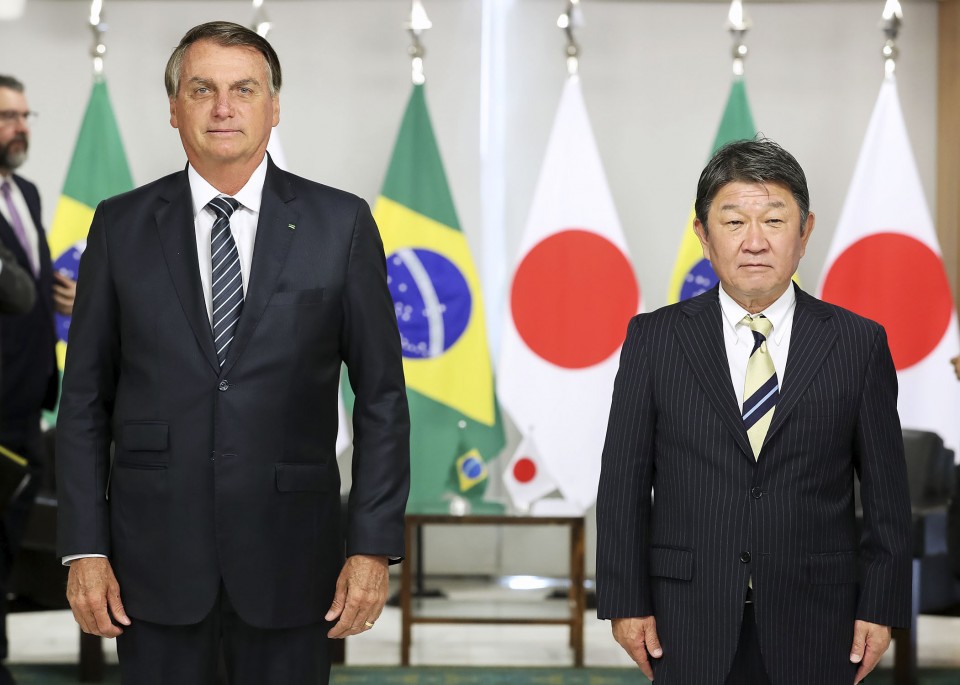 Japan and Brazil agreed Friday to strengthen business ties and coordinate in promoting free and open international order based on the rule of law.

Foreign Minister Toshimitsu Motegi and Brazilian President Jair Bolsonaro confirmed at their talks in Brasilia that plans to improve the business environment to promote Japanese companies' investment in the South American country would go ahead, the Japanese Foreign Ministry said. 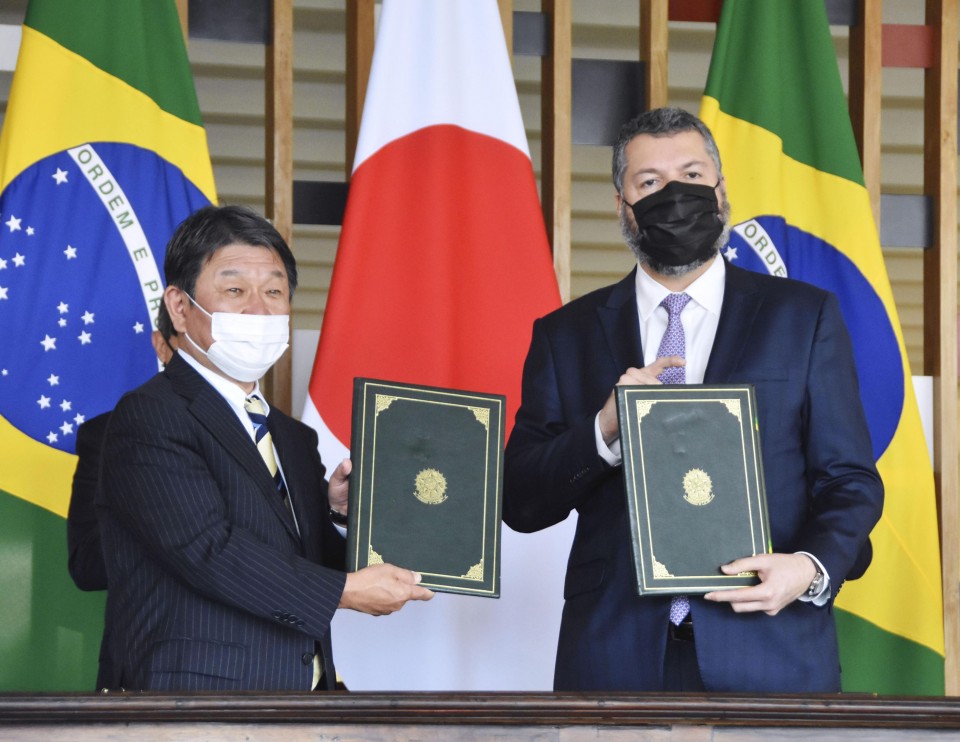 In separate talks, Motegi and his Brazilian counterpart Ernest Araujo agreed to coordinate in the fields of digital economy and environmental protection, signing a memorandum of understanding on safeguarding the biodiversity of the Amazon rainforest, it said.

During his five-nation tour of Latin America, Motegi also visited Mexico, Uruguay, Argentina and Paraguay. He is set to travel on to Senegal and Kenya before returning to Japan on Thursday.