Sitting in front of an iPad with a lineup of herbal sore throat remedies behind him, Ryuta Fujii, president of pharmaceutical company Ryukakusan Co., is listening to Chinese customers' questions over a livestream.

From Ryukakusan's headquarters in Tokyo, Fujii broadcasts his "live e-commerce" production, picking up products and explaining details about them, with everything simultaneously interpreted into Chinese by colleagues seated next to him. 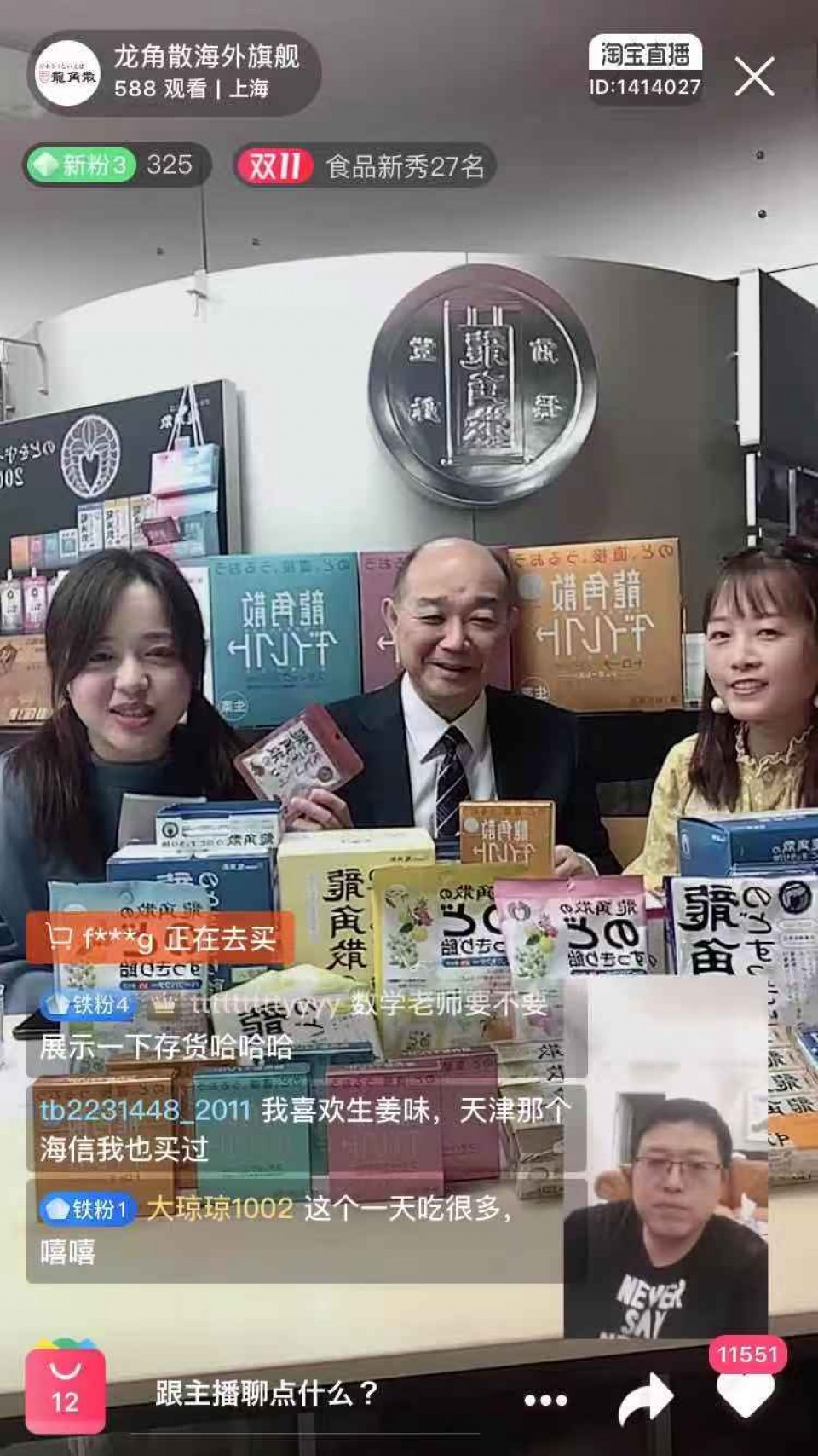 He responds directly to questions from viewers who can immediately purchase products they desire with a click on his store hosted by a platform owned by Chinese e-commerce giant Alibaba Group Holding Ltd., which also provides the livestream service.

Through the showcase, sellers can introduce their products and answer questions from shoppers in real time.

Ryukakusan has begun reaching out to consumers in China, where e-commerce is big business, with the number of inbound tourists to Japan having nosedived due to travel restrictions amid the coronavirus pandemic.

"It was a refreshingly new experience. I didn't know so many Chinese customers knew our products," said Fujii, the eighth president of the more than century-old family-run drugmaker.

"I was happy to directly hear that they said our products are good and they want to buy more."

Live e-commerce is "a highly effective marketing tool" to capture Chinese customers at a time when travel bans are still in place in many parts of the world because of the virus outbreak, as well as to learn what they think of Ryukakusan products, he added.

The company's mainstay, Ryukakusan finely powdered herbal remedies for sore throats, coughs, and other throat ailments, are among the most popular items that Chinese tourists buy when visiting Japan, an attractive destination for shoppers who typically view products in the country as safe and of superior quality.

To spice things up, Fujii sometimes even breaks out his flute during events to serenade his customers.

With inbound demand having evaporated due to COVID-19 entry bans on foreign tourists, and domestic demand remaining sluggish as people stay at home, other Japanese companies have started to sell products to Chinese consumers via livestreaming to plug their revenue hole and to drive future growth.

For example, cosmetics maker Shiseido Co. is expanding its e-commerce presence in China after makeup demand tanked at home as many women began teleworking and wearing masks when out of their home. 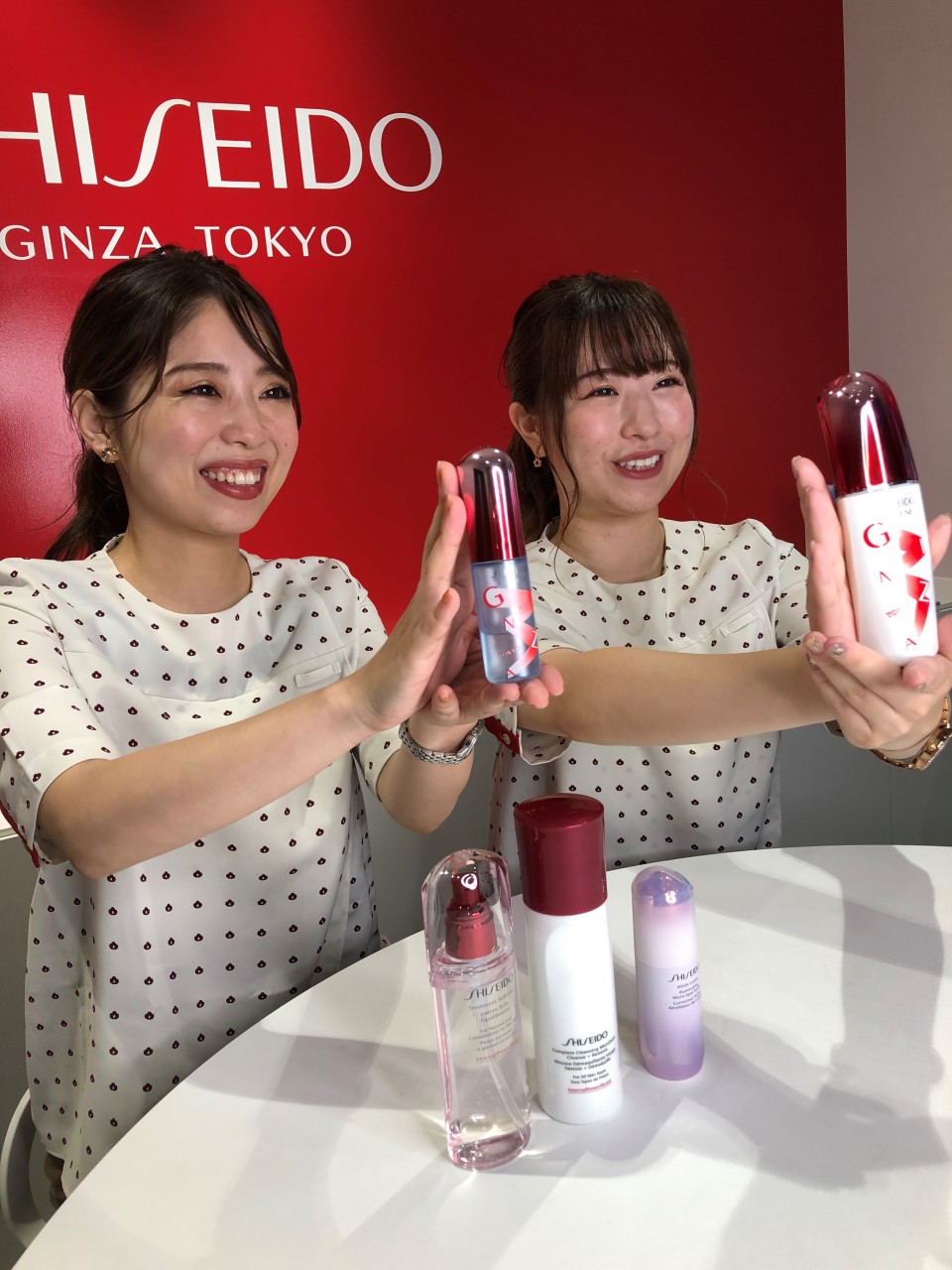 Photo shows beauty consultants of Shiseido Co. promoting the cosmetics maker's products through a livestream in Tokyo. Shiseido is stepping up efforts on live e-commerce in Japan and overseas to meet the purchasing needs of its customers. (Photo courtesy of Shiseido Co.)(Kyodo)

More than 300,000 viewers tuned into Shiseido's livestream for its total makeup brand "Maquillage," ranking first among companies that did livestream in the same time slot and opened online flagship stores in 2020, according to Shiseido.

"The number of domestic companies using livestreaming is increasing due to the virus outbreak, but most of them initially aim to strengthen their brand image rather than growing sales," said Kazunori Kawai of the Mitsubishi UFJ Research and Consulting.

But Kawai said he thinks live e-commerce will eventually become popular and the market will expand long term.

"I don't think Japanese people are unsuited to watching videos and buying. However, when it comes to live e-commerce, awareness among people is still not very high," he said, adding that the method may be considered a poor substitute for TV home shopping while people tend to hesitate in buying products touted by unfamiliar influencers.

"It will become popular when it becomes more widespread and people can find influencers (with products) that fit their needs," Kawai said.

It supports the expansion of sales through live e-commerce by using influencers in place of marketers who struggle to promote long-term sales, and brand awareness and loyalty, in the long run.

Shiseido also launched live e-commerce for domestic consumers last year when people's lives and shopping habits were drastically changed by the pandemic. It is expected the company will focus on expanding the service in the future.

"We will continue to work on live e-commerce in Japan and overseas to meet the purchasing needs of our customers and to locate new customers," said Mana Koide, a Shiseido spokeswoman.

Hideki Tanaka of the Fujitsu Future Studies Center said the Japanese live e-commerce market's challenge is getting more people involved and creating content that can keep them engaged.

"If you only speak in a one-sided manner, that would be no different from TV shopping," Tanaka said. "Using the internet means you can communicate, so you need to do such things as responding quickly if you receive questions."

Ryukakusan's Fujii also stressed the importance of interactivity in selling products to consumers.

"I think we should always be on the lookout for new business development," he said. "I see significant growth potential in live e-commerce as it enables us to interact with actual customers so quickly and directly."