U.S. President-elect Joe Biden said Thursday that he is proposing a $1.9 trillion emergency relief plan to change the course of the coronavirus pandemic and put the economy on track for recovery.

The package, which includes $1,400 per-person checks in direct financial assistance, is the first of a two-step plan for "rescue and recovery," said Biden, who will take office next Wednesday. He added that next month he will unveil a plan for "historic" investments in infrastructure, manufacturing and clean energy. 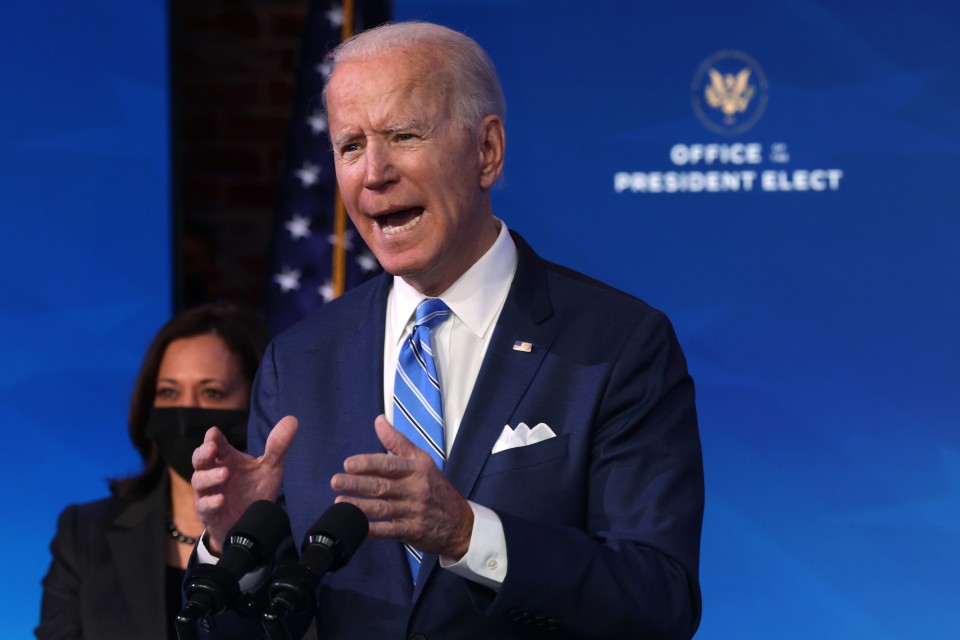 But it is unclear whether the first relief package, which the Democrat president-elect himself said will "not come cheaply," will swiftly pass Congress.

The Democratic Party currently controls the House of Representatives and will soon hold a majority in the Senate, given the victories in two recent runoff elections in Georgia. But the margins are narrow in both chambers.

The package earmarks $400 billion to accelerate the country's response to the pandemic such as by mounting a national vaccination program, expanding testing capacities and taking steps to ensure school reopening.

Biden said urgent action is required to tackle massive unemployment and poverty but he also pointed to the benefit of boldly investing when interest rates are at historic lows.

"A growing number of top economists has shown even our debt situation will be more stable -- not less stable -- if we seize this moment with vision and purpose," he said.

The United States has struggled to bring the coronavirus spread under control, with Republican President Donald Trump repeatedly downplaying the threat of the pandemic. Biden criticized Trump's response to the public health crisis during election campaigning.

In March last year, the country rolled out a $2.2 trillion relief package, which amounted to roughly 10 percent of gross domestic product and was the largest of its kind in U.S. history. In December, a $900 billion relief package was signed into a law.

Democrats gear up to impeach Trump over Capitol riot, eye vote on Wed.