The Japanese government is planning to review copyright rules to prevent possible legal violations by costume role players, as the number of people dressing up as animation and game characters continues to grow.

While wearing a character costume does not infringe copyright, a violation could occur if an individual is paid to do so, such as to make an appearance at an event.

Shinji Inoue, minister in charge of the "Cool Japan" strategy for the promotion of Japanese pop culture overseas, said Friday the government plans to review commercial copyright rules regarding fair use by the end of the fiscal year in March. 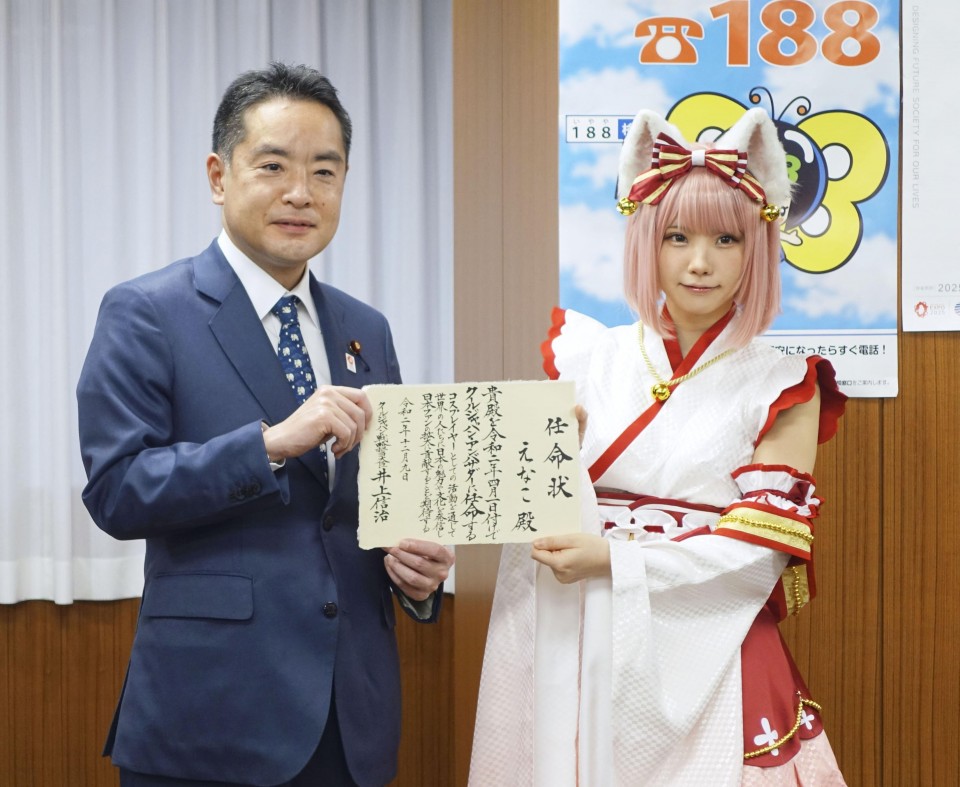 Japanese Cosplayer Enako (R) and Shinji Inoue, minister in charge of "Cool Japan" strategy, pose for a photo in Tokyo on Dec. 9, 2020. (Kyodo)

"To further promote 'cosplay' culture, it is important to have an environment in which people can feel safe and enjoy themselves," Inoue said.

The government is not planning to revise the copyright law as it fears stricter regulations would drive people away from cosplay. Instead, it plans to share specific examples of situations in which cosplayers may be asked to pay for copyright to enhance awareness.

The government has already heard from creators as well as cosplayers, including Enako, who has been appointed the government's Cool Japan ambassador on the issue. 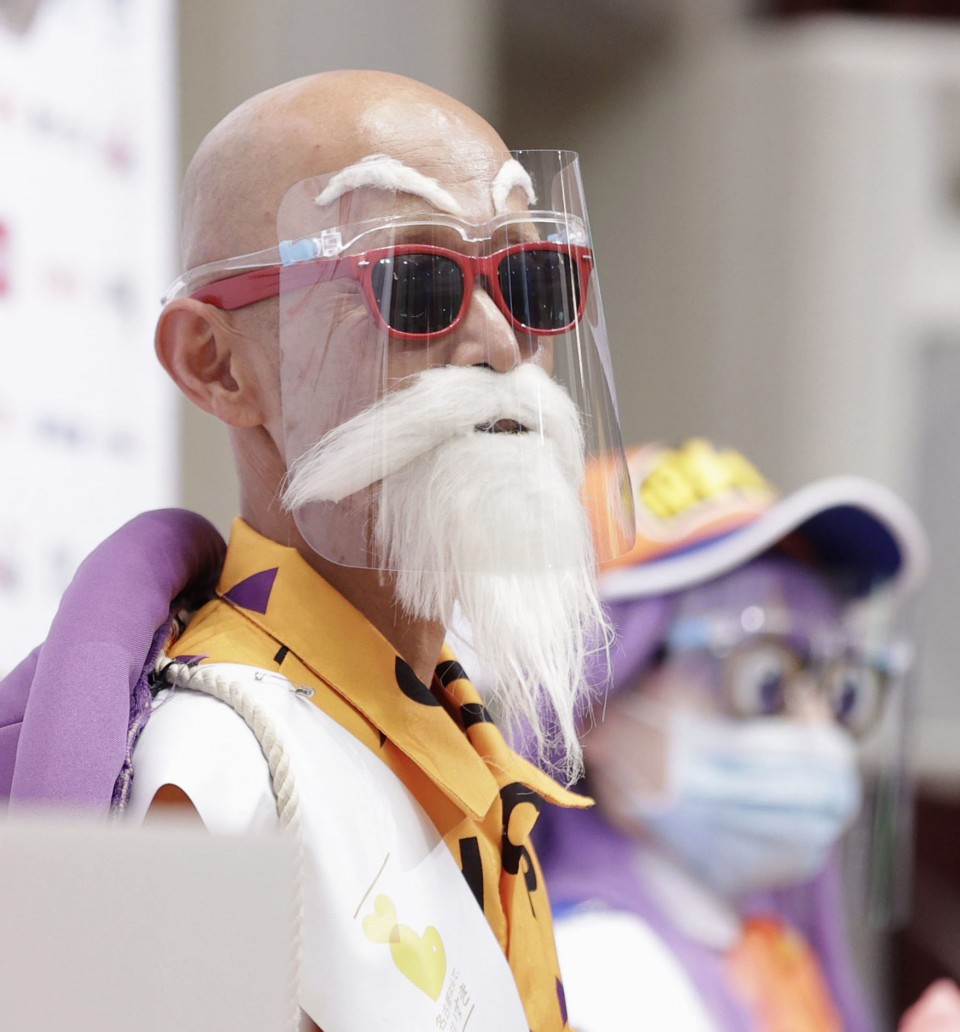 A costume role player takes part in the opening ceremony of the World Cosplay Summit in Nagoya, central Japan, on Aug. 1, 2020, wearing a face shield amid the spread of the novel coronavirus. The event was being held online for two days through Aug. 2 due to the pandemic. (Kyodo) ==Kyodo

Some cosplayers have pointed to the need for a framework to enable them to contact copyright holders to secure permission.

"We need a framework to protect both (creators and cosplayers)," Yamada said.