Sea piracy and armed robbery in Asian waters jumped 17 percent last year compared with a year earlier, with a particularly high occurrence in the Singapore Strait, a Japan-led international center to combat the scourge said on Friday.

A total of 97 such incidents were reported last year, of which the largest -- 34 -- took place in the Singapore Strait, the ReCAAP Information Sharing Center said in its annual report.

Masafumi Kuroki, its executive director, partly attributed the rise in incidents in the region to the impact of the COVID-19 pandemic, citing economic hardships impacting many coastal communities and also the fatigue of shipping crew stranded for long periods at sea amid border controls. 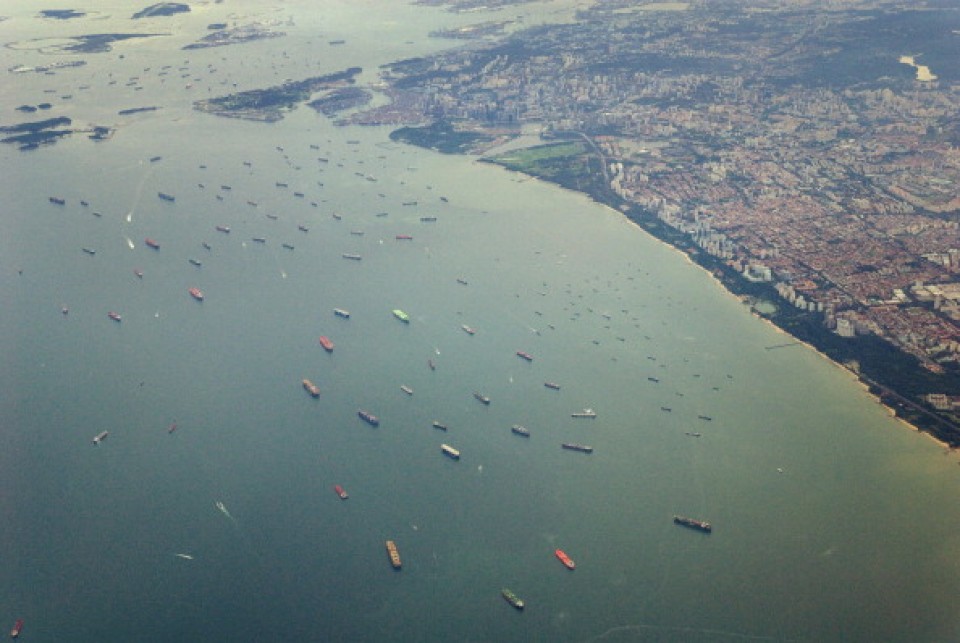 An aerial view of downtown Singapore showing some of the shipping that makes the Singapore Strait one of the busiest shipping lanes in the world. (LightRocket/Getty/Kyodo)

"The negative impact of COVID-19 can be one of the causes," Kuroki said.

The Singapore Strait, one of the world's busiest, remained a high-risk area last year, continuing the trend in 2019 when there were 31 incidents.

The second highest was in Indonesia with 22 cases, followed by the Philippines with 13, India with nine and Vietnam with six.

However, the severity level of the incidents remained moderate, it said.

The center, established in Singapore in 2006 under the Regional Cooperation Agreement on Combating Piracy and Armed Robbery against Ships in Asia, issued five alerts for the shipping community on the risk of the piracy in the Singapore Strait last year.

The Singapore Strait is difficult for ships to navigate because it is quite narrow with high traffic, Kuroki said, adding that this causes ships to decrease speed, giving pirates the opportunity to board.

"I don't think the coastal states reduced their vigilance," he added.