U.S. President Joe Biden and Russian President Vladimir Putin on Tuesday agreed to extend the last remaining treaty capping their nuclear arsenals, with both sides signaling intent for a five-year extension, according to the White House.

The agreement on the New Strategic Arms Reduction Treaty, which is set to expire on Feb. 5, was reached when Biden held his first phone talks with Putin after taking office last Wednesday.

The two leaders discussed "both countries' willingness to extend New START for five years, agreeing to have their teams work urgently to complete the extension by Feb. 5," the White House said in a statement. 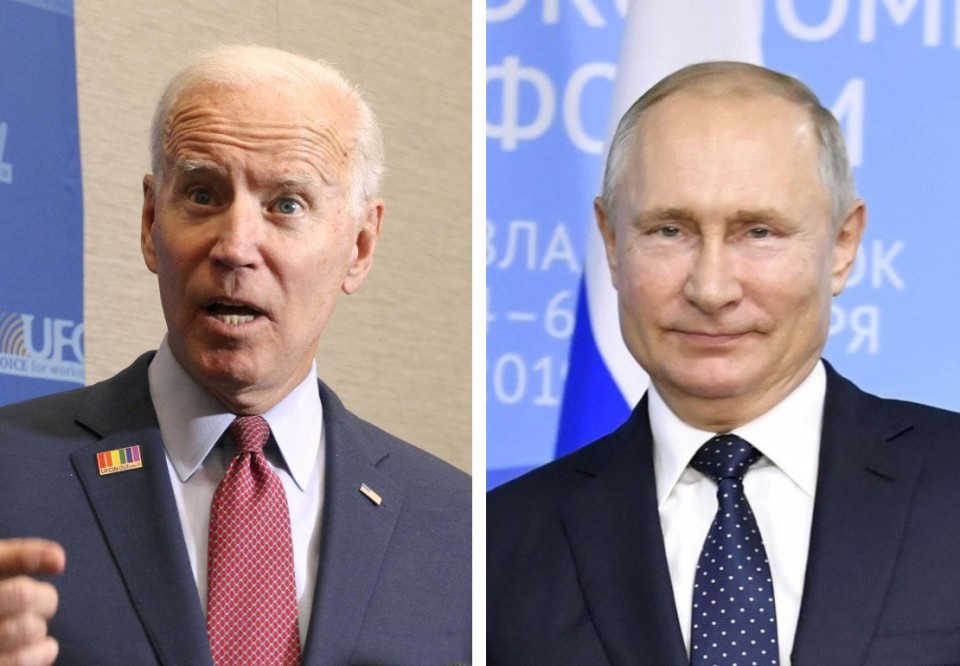 According to the Russian government, the two countries have exchanged documents regarding the extension of the treaty and will complete the necessary procedures in the coming days.

The New START, which entered into force in February 2011 for a duration of 10 years, says the parties may agree to extend it for a period of no longer than five years.

According to the White House, Biden and Putin also agreed to explore what they call "strategic stability discussions" on a range of arms control and emerging security issues.

The extension of New START was welcomed by Japan, a close U.S. ally and Russian neighbor, with the top government spokesman calling it a "sign of important progress" in the disarmament of nuclear weapons states.

"We strongly hope this progress will lead to the building of a broad arms control framework that includes states beyond the United States and Russia and a wider range of weapons systems," Chief Cabinet Secretary Katsunobu Kato told a press conference.

Biden, meanwhile, raised matters of concern to the Russian president including a massive cyberattack against U.S. government networks and the poisoning of Russian opposition politician Alexei Navalny, a prominent Putin critic.

Biden made clear that the United States will "act firmly in defense of its national interests in response to actions by Russia that harm us or our allies," the White House said.

The previous administration of U.S. President Donald Trump withdrew the country from the Intermediate-Range Nuclear Forces Treaty, a 1987 pact with Russia, citing violations by Moscow.

The move left New START as the only arms control accord between the United States and Russia, the world's two nuclear superpowers.

Although the Trump administration had been eager to pursue an arms control framework that would also involve China, which is bolstering its nuclear and missile capabilities, Beijing showed no interest in coming to the table.

The Trump administration later proposed to Russia a conditional one-year New START extension, but the two countries failed to reach an agreement before the end of Trump's presidency.

After Biden was sworn in, the new administration quickly made clear that it intends to seek a five-year extension with Russia, saying that the absence of the treaty will "weaken America's understanding of Russia's long-range nuclear forces."

The treaty provides on-site inspections, data exchanges and other verification measures regarding nuclear armaments covered in the pact.

The Russian government has been calling on the treaty to be extended for five years "without any preconditions."