Survivors of the U.S. atomic bombings of Hiroshima and Nagasaki rejoiced as a U.N. treaty banning nuclear weapons took effect Friday, hoping it will advance the cause of denuclearization, while some reiterated their disappointment with the Japanese government, which has not ratified it.

Speaking at a press conference in Tokyo attended by government officials, Terumi Tanaka, co-chairperson of the Japan Confederation of A- and H-Bomb Sufferers Organizations, celebrated the first multilateral nuclear disarmament treaty in decades and said the group had handed requests to the government and political parties to sign and ratify the agreement. 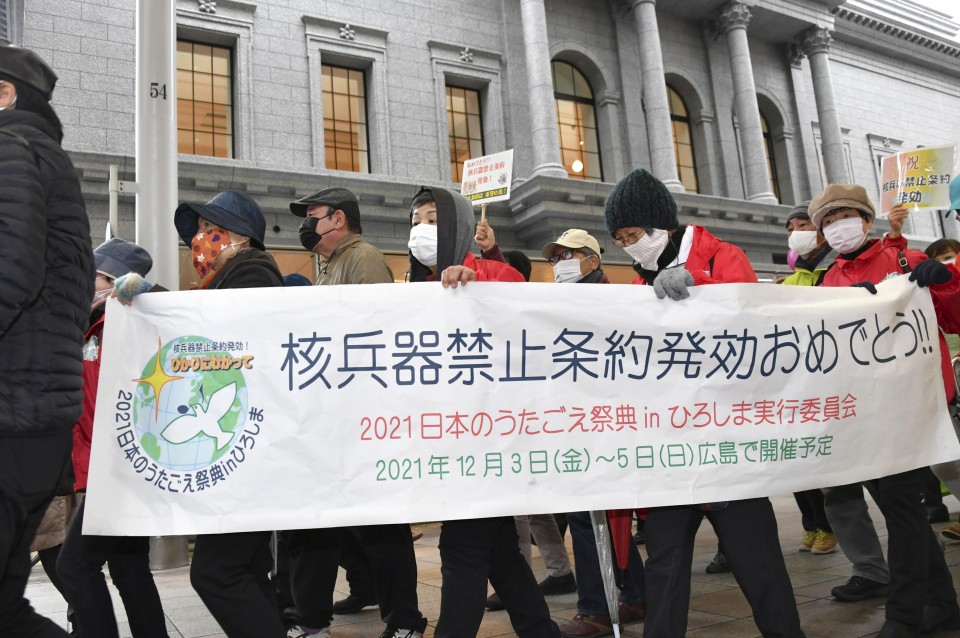 "This will be a day that is engraved in history," Tanaka said, adding, "We have now come halfway to abolishing" nuclear weapons.

Kozo Honsei, director general of the Foreign Ministry's disarmament and nonproliferation department, received the group's written request but reiterated that the government does not intend to sign the Treaty on the Prohibition of Nuclear Weapons, ratified by over 50 signatories. He said Japan would play the role of mediator to bridge differences between countries holding different views about nuclear weapons.

Yoshio Nagaoka, 71, who heads a Hiroshima-based organization representing people with atomic bomb-induced microcephaly and their families, said he expects the treaty to serve as "a big first step" toward nuclear disarmament.

"Nuclear weapons even destroy the lives of babies in their mothers' wombs. There is no way such weapons can protect peace," Nagaoka said at a press conference in Hiroshima, citing the effects of radiation on fetuses after their mothers were exposed to the 1945 bombings.

Hiroe Kawashimo, a 74-year-old who developed microcephaly as a result of radiation exposure, said at the same press conference, "I think the abolition of nuclear weapons would be a welcome development." 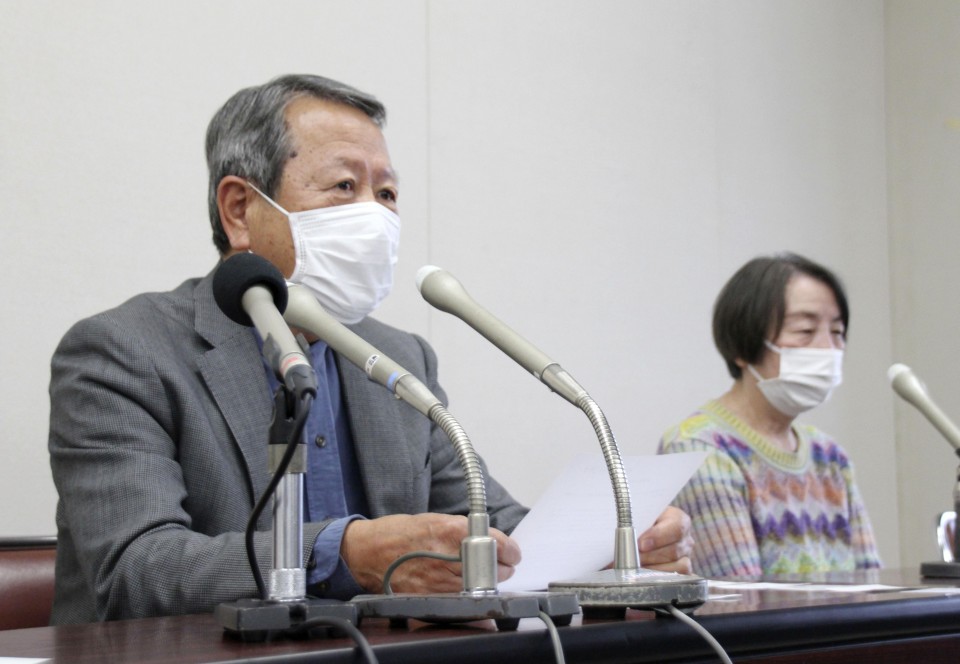 Hiroshima resident Hisao Omoto, 90, who lost his sister because of the bombing, said it would be unrealistic to expect nuclear disarmament soon, but "I would be pleased if the treaty brings more opportunities for nations around the world, including nuclear powers, to discuss" the issue.

"The elimination of nuclear weapons has an absolute significance for A-bomb survivors," Omoto added.

"We want this issue to be more frequently brought to attention (in schools) as a matter concerning human lives, just like new coronavirus issues are," the 84-year-old said.

Miyako Jodai, 81, a survivor who speaks publicly about her experience of the atomic bombing of Nagasaki, expressed frustration with the Japanese government's stance regarding the treaty, saying little time is left for atomic bomb survivors to pass on their experiences to younger generations.

The government should realize that "this is an ideal opportunity for children to learn about the treaty and how evil nuclear weapons are," she said.

"It is utter negligence that Japan, the only country in the world to suffer nuclear bombing, is turning a blind eye."

The U.S. atomic bombings of Hiroshima and Nagasaki in August 1945 together killed an estimated 214,000 by the end of that year and left many more with lasting side effects.

Japan depends on the U.S. nuclear umbrella to protect it from threats including North Korean missiles, preventing it from endorsing the treaty banning the production, use and stockpiling of nuclear weapons.

Japan to restrict travel from S. Africa over variant