Japan will decide this week to expand a state of emergency declared over the coronavirus pandemic to Osaka, Kyoto and Hyogo prefectures, government and ruling party sources said Monday.

The governors of the three western prefectures had asked the central government to extend the state of emergency, which took effect Friday for the Tokyo region, to their areas in response to a resurgence of the virus.

The expansion will be decided possibly on Wednesday, the sources said. 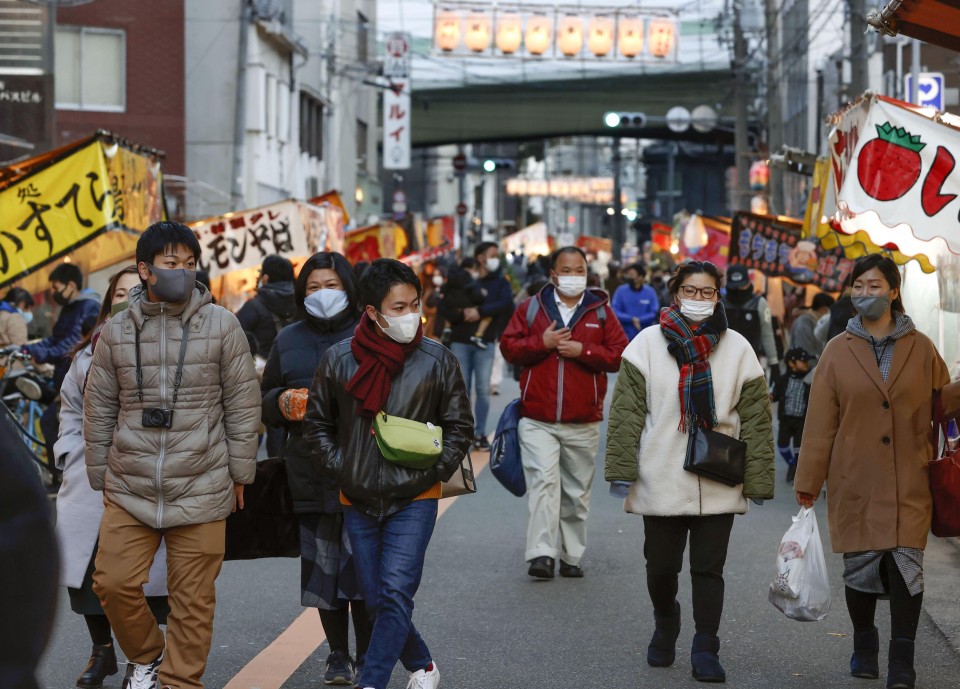 People wearing face masks walk in Osaka's Kita Ward on Jan. 9, 2021, amid the coronavirus pandemic. The governors of Osaka, Kyoto and Hyogo asked the central government the same day to include their western Japan prefectures in the state of emergency that took effect a day earlier for the Tokyo region over the resurging coronavirus. (Kyodo) ==Kyodo

Meanwhile, Aichi and Gifu prefectures in central Japan will also make a similar request together, their governors said.

Over 4,800 daily coronavirus infections were reported nationwide Monday, after topping 6,000 on Sunday. The recent resurgence of infections has been increasing the strain on the country's medical system.

In Tokyo, the metropolitan government reported an additional 1,219 coronavirus cases, continuing to mark a four-digit increase since Jan. 5.

The latest figure brought the cumulative total in the capital to 76,163, while the number of patients currently hospitalized with severe conditions rose to a record 131.

In Osaka, daily infections reached 480, according to local authorities. Hyogo, whose capital is Kobe, and Kyoto marked increases of 150 and 142, respectively. 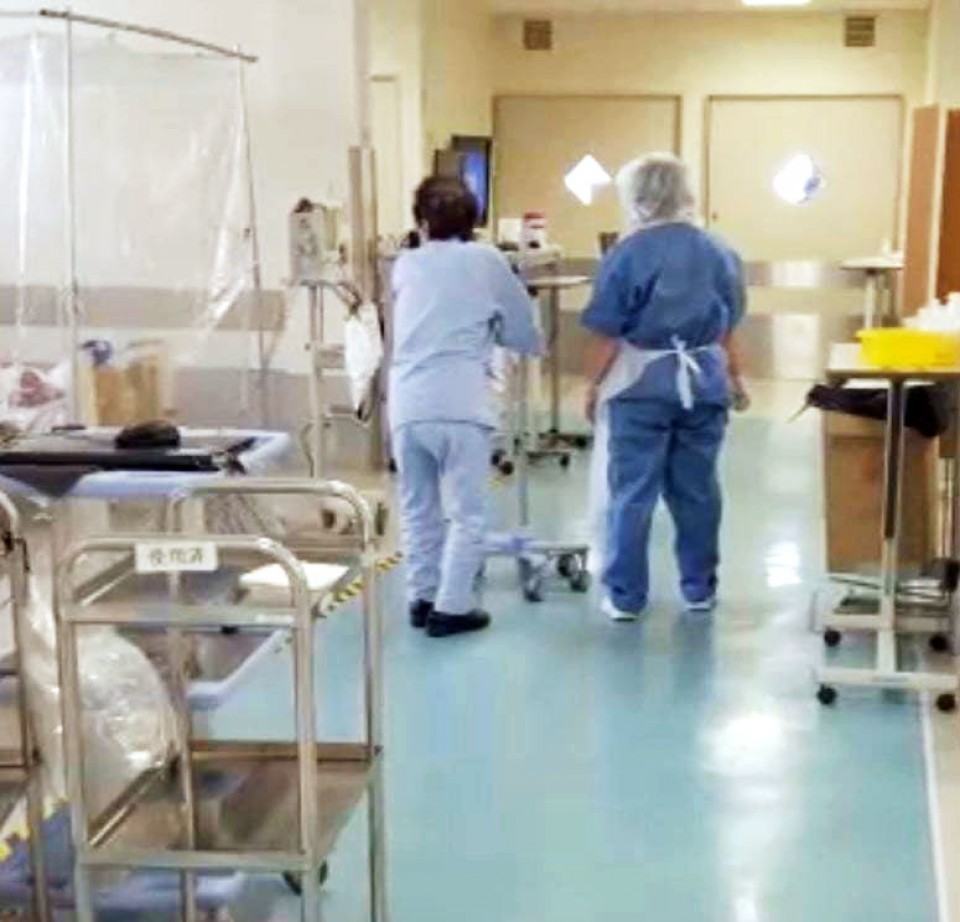 A screenshot taken in August 2020 shows a COVID-19 patient (L) and a nurse. (Courtesy of Nagoya Ekisaikai Hospital)(Kyodo)

Prime Minister Yoshihide Suga said Sunday on a television program that the three prefectures "are in a tense situation" and that the government is "ready to respond immediately if necessary."

By declaring a state of emergency based on a law to address the spread of the virus, the central government enables local authorities to urge people to stay at home as much as possible and to call on eateries to shorten opening hours.

Suga last week declared the one-month state of emergency covering Tokyo and the neighboring prefectures of Chiba, Kanagawa and Saitama in response to a request from their governors.