But the pace of economic growth was the slowest since 1974 when the Communist-led nation had been rattled by the 10-year Cultural Revolution initiated in 1966 by Mao Zedong that historians say killed tens of millions of people. 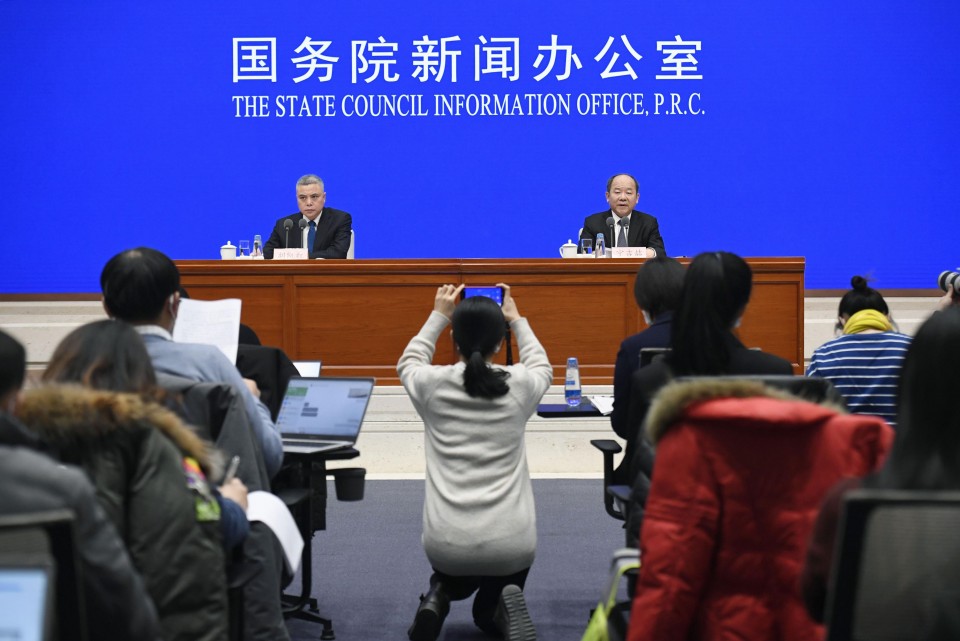 Since the increase in new infections apparently peaked in late February 2020, the world's second-largest economy has shown signs of a V-shaped recovery as business activities intensified and retail sales bounced back.

During the October-December period of 2020, China's gross domestic product grew 6.5 percent from the previous year, posting the third straight quarter of expansion, after shrinking 6.8 percent in the first three months of the year.

Analysts say prospects for the economy will hinge on whether Beijing can curb another wave of infections and how much its tensions with the United States over trade and cutting-edge technology will ease after President-elect Joe Biden takes office on Wednesday.

In mainland China, cases of coronavirus have been reported daily for the past few months despite the government's hardline "zero corona" policy approach. Since Jan. 1, hundreds of people in Hebei Province near Beijing have been confirmed as infected with the virus.

Trade may also become sluggish, given the deteriorating relationship with Australia in the wake of Canberra's proposal in April for an independent investigation into the origins of the pandemic.

The bureau, however, expressed concern over the future course of the economy, saying, "The changing epidemic dynamics and external environment pose a multitude of uncertainties and the foundation for economic recovery is yet to be consolidated." 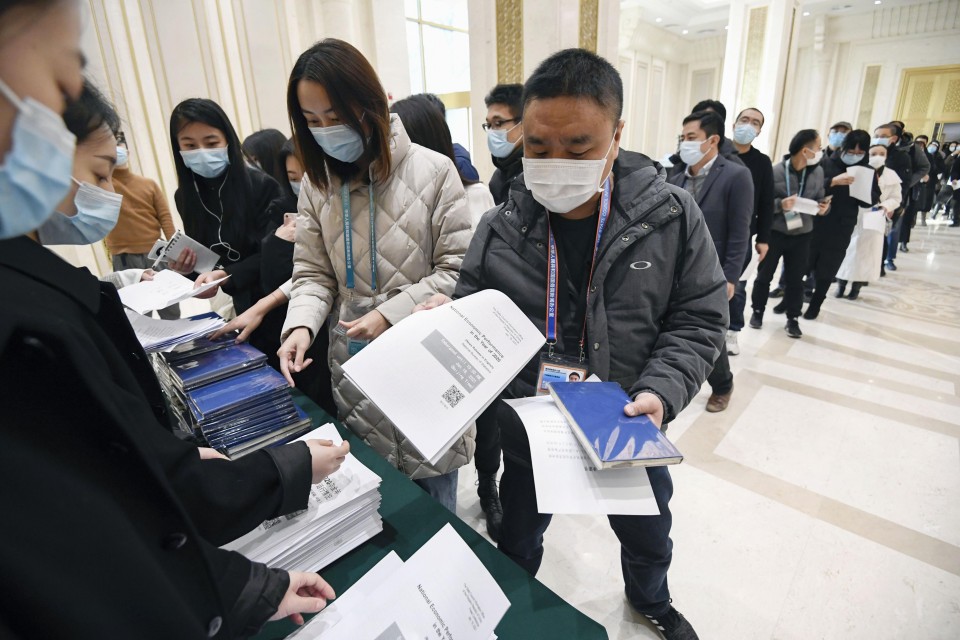 Following the virus outbreak, China had since early last year been forced to restrict the movements of people and goods to prevent further infections, dealing a crushing blow to private spending, employment and trade across the board.

In the first three months of 2020, when the virus was spreading relatively quickly in the country of 1.4 billion people, the economy marked its first quarterly contraction on record.

China usually sets its economic growth target at an annual parliamentary session, but it abandoned doing so last year in the face of the virus, first detected in the central city of Wuhan, making the economic outlook gloomy.

It was the first time since 1988 that China had failed to set a GDP growth target at the legislature, the National People's Congress, which was postponed from March to May in 2020 as the nation sought to contain the spread of the virus.

The Chinese government, meanwhile, pledged to prioritize steps to maintain employment rather than pursuing economic growth.

Last year, the average unemployment rate in urban areas was 5.6 percent, better than the country's target of about 6 percent.

As the pandemic significantly stifled business activities, the leadership of President Xi Jinping stepped up measures to shore up the export-oriented economy, such as providing ample funds to money markets.

The International Monetary Fund in October projected the Chinese economy to grow 1.9 percent in 2020.

The United States and the euro area are expected to have experienced a 4.3 percent and 8.3 percent contraction last year, respectively, the IMF said, adding Japan's economy is forecast to have shrunk 5.3 percent during 2020.

In 2019, China's economy grew at its worst pace in 29 years, expanding 6.0 percent, against a backdrop of a prolonged tit-for-tat tariff trade dispute with the United States.

On the mainland, the total number of infections has reached around 88,000, with more than 4,600 deaths, according to the nation's health authorities.