Japan's Cabinet approved Friday bills to penalize people who do not comply with antivirus measures as the country struggles to contain the spread of the novel coronavirus and faces the increasing threat of potentially contagious variants.

Among other measures, the legislation would introduce imprisonment for those who refuse hospitalization, a move opposition parties say is excessive.

The ruling Liberal Democratic Party and its junior coalition partner Komeito are expected to start talks with opposition parties on the pair of bills next week, aiming to have them pass the Diet early next month. 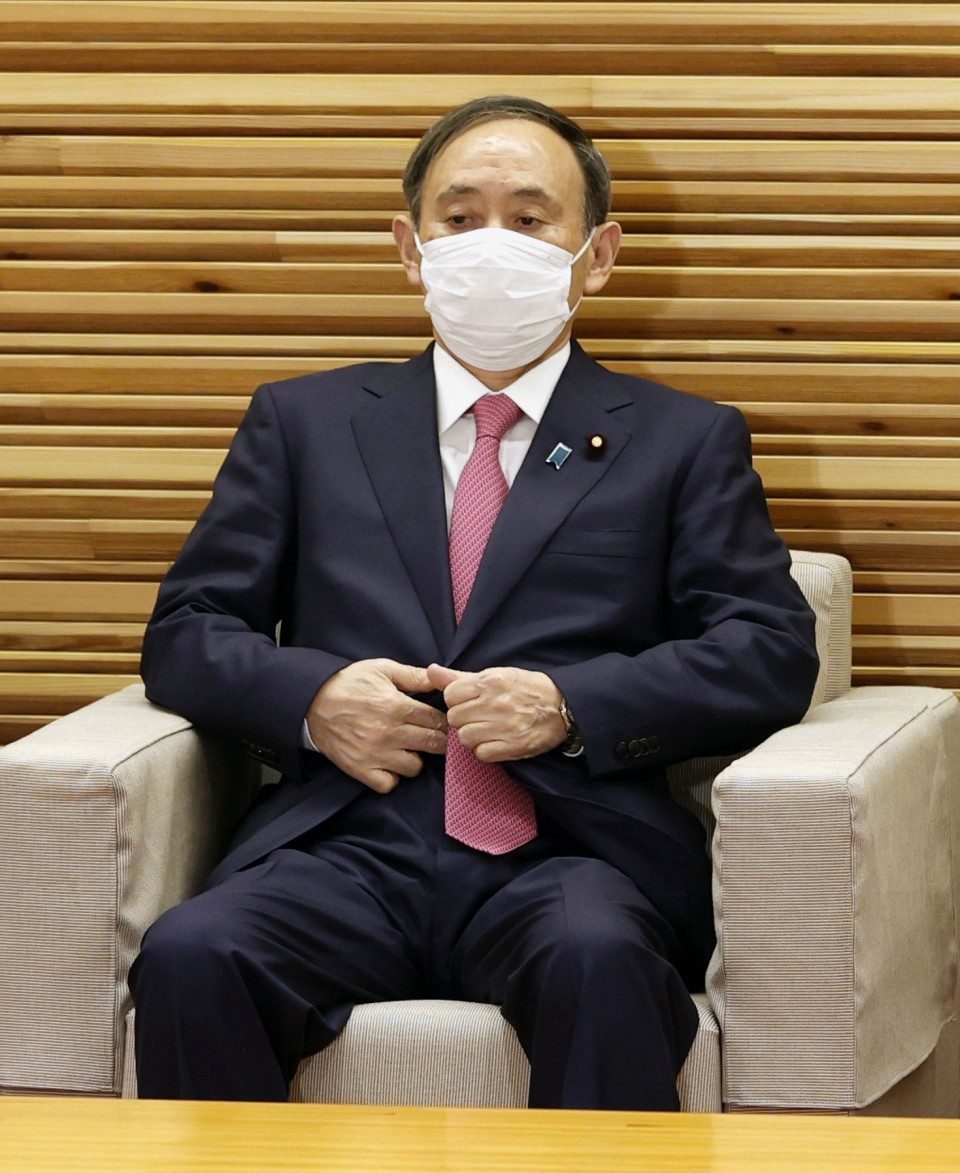 "The Cabinet approved them after taking account of the opinions of the ruling and opposition parties. I would like to ask the Diet to swiftly deliberate on them," Prime Minister Yoshihide Suga said during a question-and-answer session in the House of Councillors.

"It is the result of the central government accepting local input," she added.

In addition to penalizing those who refuse hospitalization, they would impose penalties on business operators who ignore orders to cut operating hours.

On Friday, Japan logged over 5,000 new cases of the virus and saw a record 108 deaths of COVID-19 patients.

Tokyo confirmed 1,175 additional cases, bringing its cumulative total to 91,834, by far the largest among the country's 47 prefectures.

Meanwhile, the health ministry said a girl from Tokyo has been confirmed as infected with a coronavirus variant now spreading in Britain. The girl, who is under 10 years old, has no record of traveling there or been in contact with anyone who did, it said.

The ministry said the case may be a community-acquired infection.

Amid a recent resurgence of the virus, Suga declared a state of emergency for Tokyo and three adjacent prefectures on Jan. 7 and expanded it to seven more prefectures six days later.

Under the declaration, the government has asked people to stay home as much as possible and bars and restaurants to cut opening hours, although there is currently no penalty for not complying with the requests.

One of the two bills, to revise the law on special measures against the novel coronavirus and other infectious diseases, would allow local authorities to take "intensive measures" in a situation less severe than a state of emergency.

Under such measures as well as a state of emergency, prefectural governors would be able to request that business operators shorten operating hours and then, if such a request is refused without a valid reason, to issue an order.

Operators failing to comply with orders could be subjected to a fine of up to 300,000 yen ($2,900) under the intensive measures to prevent the spread of the virus, rising to up to 500,000 yen under a state of emergency.

If operators refuse on-site inspections, they could be slapped with a fine of up to 200,000 yen.

The second bill, for revising the law on infectious diseases, would impose imprisonment of up to one year or a fine of up to 1 million yen for people who refuse to be hospitalized.

The bill also gives more power to the state and prefectural governors to issue advisories to medical facilities to accept people infected with the novel coronavirus and allow them to make public the names of the facilities that do not obey.

The move comes as municipalities face a shortage of hospital beds due to an influx of COVID-19 patients, which has forced many such patients to recuperate at home.

But the Japan Medical Association called for a careful decision on issuing advisories or disclosing names of facilities, saying many small and midsize hospitals do not have enough equipment or staff with expertise.

Health minister Norihisa Tamura said the government does not plan to issue advisories to unprepared hospitals to force COVID-19 patients onto them.

LDP lawmakers said the ruling coalition is willing to make adjustments to the bills as some of its own members are also wary of introducing imprisonment for those refusing to be hospitalized.