Israel has removed import restrictions on food items from Japan imposed after the 2011 Fukushima nuclear disaster, bringing the number of countries and regions retaining such trade policies to 15, the Japanese government said Friday. 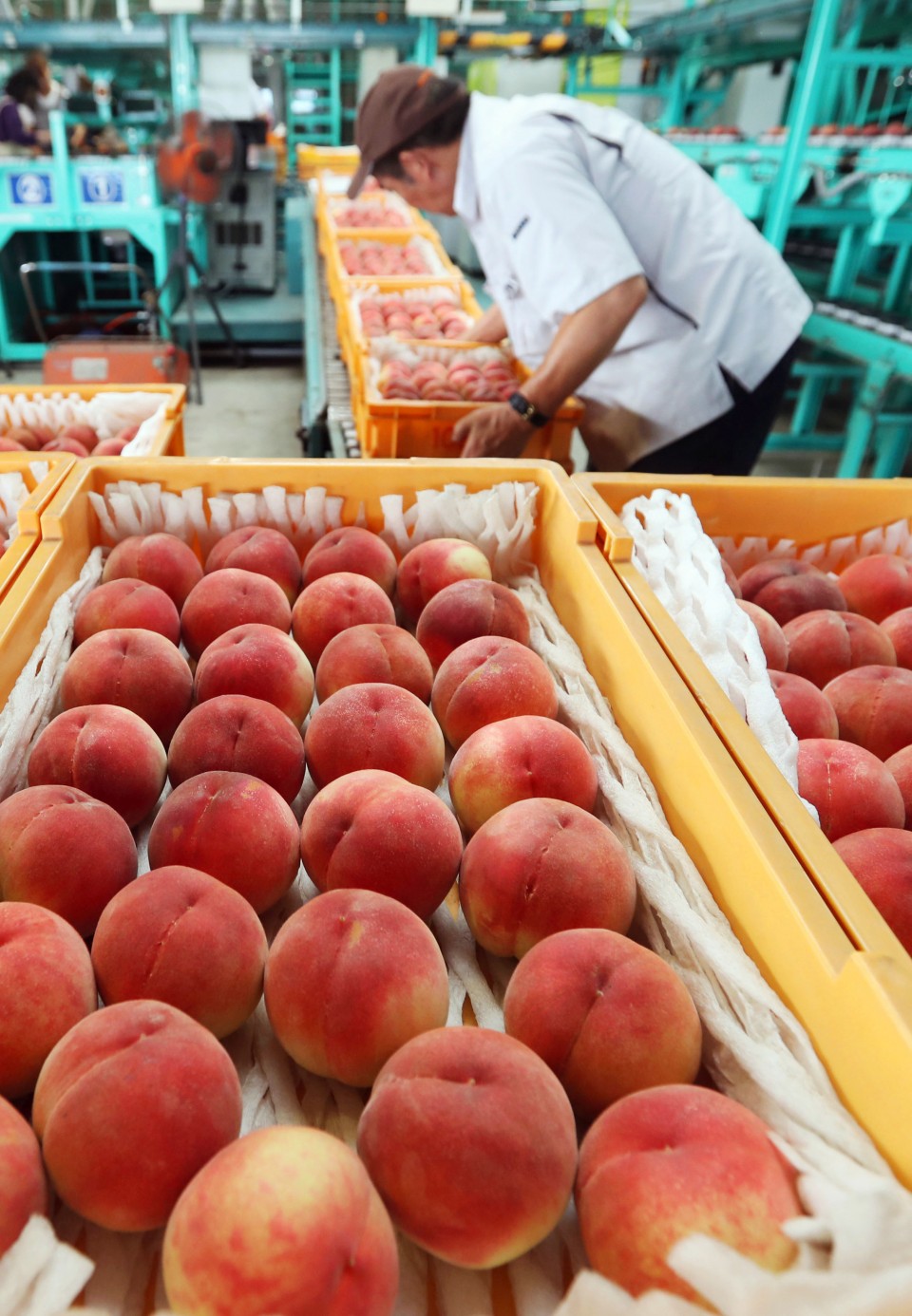 Photo taken in 2016 shows peaches, a staple produce of Fukushima Prefecture, at a grading facility in the city of Fukushima. (Kyodo)

The measure took effect Monday to exempt Fukushima and five other prefectures in Japan from submitting radiation inspection certificates for their food exports or having all the items tested upon entry to the Middle Eastern country, the farm and foreign ministries said.

All food products from Fukushima and some items such as grain, seafood and mushrooms from Iwate, Miyagi, Tochigi, Gunma and Chiba were subjected to the import restrictions.

About a decade after the massive earthquake and tsunami of March 11, 2011, triggered core meltdowns in three reactors at the Fukushima Daiichi plant, 39 countries and regions have lifted import restrictions.

"Based on science, we will continue to tenaciously urge countries and regions retaining (import) restrictions to ease or eliminate them," farm minister Kotaro Nogami said at a press conference Friday.

The 15 countries and regions maintaining restrictions on Japanese food imports include China, South Korea and the United States.