Former Los Angeles Dodgers pitcher Hideo Nomo reacted with shock, grief and gratitude in the wake of the loss of Hall of Fame manager Tommy Lasorda, who died from a heart attack on Thursday aged 93.

Lasorda, who won two World Series titles during his 20-year tenure as the Dodgers manager, managed Nomo starting in 1995 and was a big part of the right-hander's major league success that opened doors for Japanese players in the United States. 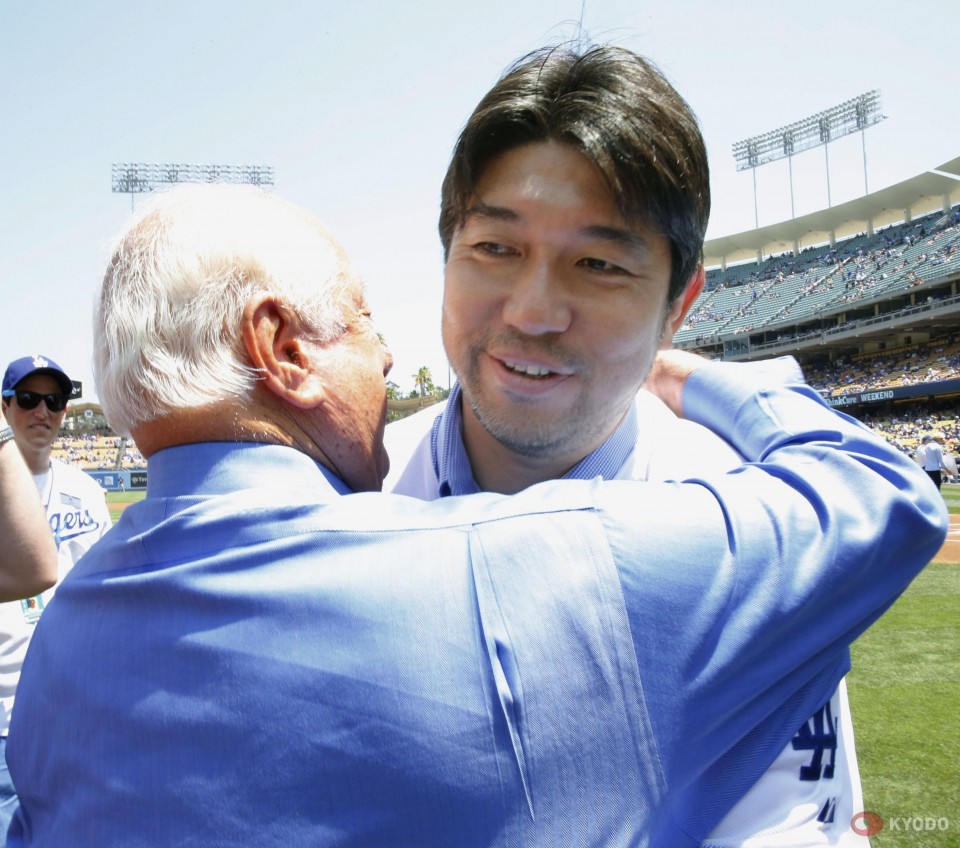 "I heard he was well enough to be discharged from the hospital so this is very shocking," Nomo said through the San Diego Padres, for whom he works as an adviser for baseball operations.

The Dodgers said Friday that Lasorda suffered heart failure at his home in Fullerton, California. He spent more than 70 years as a member of the Dodgers organization.

Lasorda's wide popularity inside and outside the United States led to him appearing in TV commercials in Japan. In 2008 he received the Order of the Rising Sun in recognition of his contributions to the development of Japanese baseball.

Nomo, the second Japanese-born player after Masanori Murakami, to play in the majors, joined the Dodgers as a free agent after declaring his retirement from Nippon Professional Baseball at age 26. In 1995, he won the National League Rookie of the Year Award and was named an MLB All-Star.

He played 12 seasons for seven teams in the majors and retired in 2008. He joined the Padres as an adviser in 2016.