The International Olympic Committee on Tuesday recommended athletes and officials receive coronavirus vaccinations before traveling for the postponed Tokyo Games, emphasizing the need to protect the health and safety of people in Japan.

In a teleconference with national Olympic committees, IOC President Thomas Bach reiterated that vaccinations are part of a "toolbox" of coronavirus countermeasures being devised by the IOC and organizers of both the Tokyo Games and the 2022 Beijing Winter Games.

The recommendation comes amid growing skepticism about the viability of the games due to the impact of the coronavirus pandemic, including in Japan, where a state of emergency is in place for the capital and 10 other prefectures following a surge in infections. 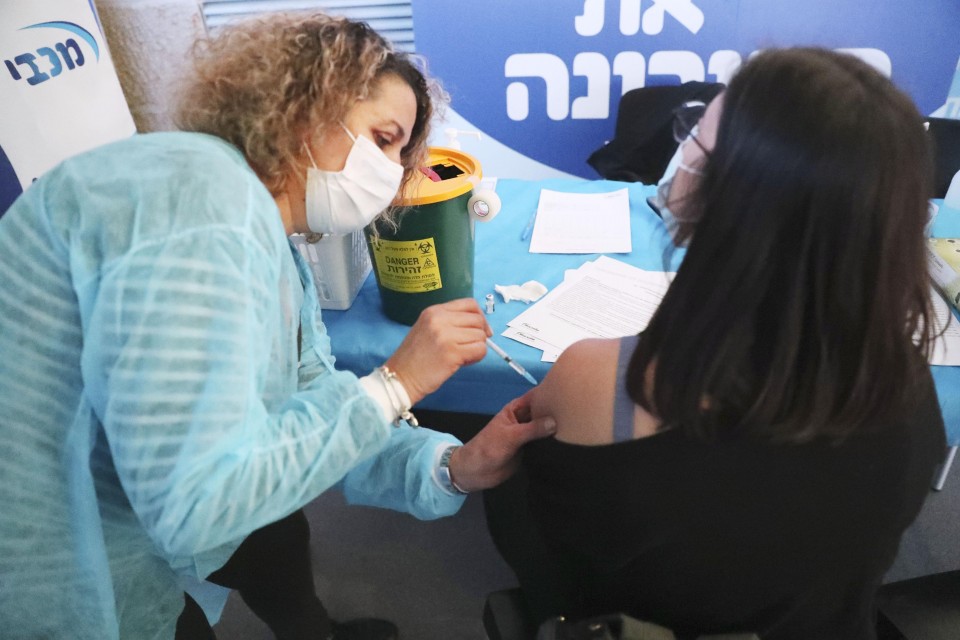 A woman (R) receives a vaccine against the novel coronavirus in Jerusalem on Jan. 5, 2021. Israel has vaccinated about 1,850,000 people, roughly one-fifth of its population, as of Jan. 12, the fastest vaccination pace in the world. (Kyodo) ==Kyodo

While priority should be given to "vulnerable groups, nurses, medical doctors and everyone who is keeping our societies safe," Olympic participants should seek vaccination once it becomes available to the general public, Bach said.

"(We) encourage all the Olympic and Paralympic participants who are offered vaccination to accept it, also as an act of solidarity with the Japanese hosts and their fellow participants," Bach said, adding "vaccination will not be obligatory."

The IOC underlined its position that games participants should receive vaccinations at the same time as the general public after World Health Organization officials on Monday expressed opposition to Olympic athletes receiving priority access.

But it also pointed to a recent U.N. resolution stating the importance of Olympic and Paralympic teams in promoting sport as a contributor to health and wellbeing in communities around the world.

The IOC has asked all 206 NOCs to determine the vaccination situation in their respective countries and regions, in consultation with local authorities, and report back in early February.