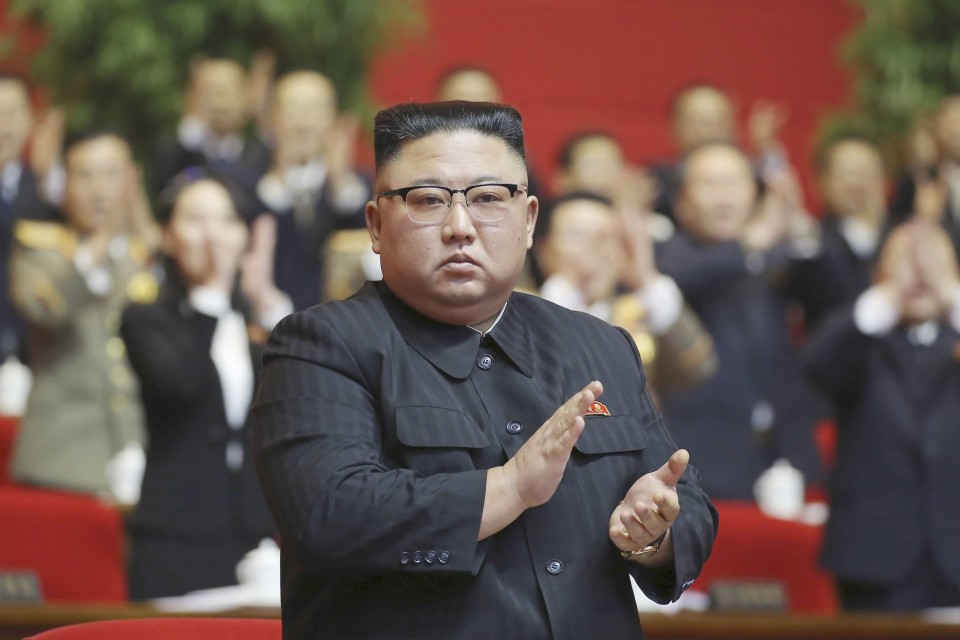 The election, endorsed Sunday at the party's first congress in nearly five years, is apparently aimed at boosting Kim's authority ahead of the inauguration of U.S. President-elect Joe Biden on Jan. 20, North Korea watchers say. Nuclear talks between the two nations remain stalled.

Kim became the country's supreme leader in December 2011 following the death of his father, Kim Jong Il, and received the newly created title of party chairman in May 2016. He reinstated the general secretary post held by the former leader.

On Sunday night, meanwhile, North Korea may have staged its first military parade since October last year on the occasion of the congress, according to the South Korean military.

Seoul's Joint Chiefs of Staff said Monday that it is analyzing whether the North conducted a real parade or a rehearsal.

In another development at the congress, Kim's younger sister and close aide, Kim Yo Jong, was excluded from the list of alternate members of the Political Bureau of the Central Committee of the ruling party, a surprise move for North Korea's hereditary regime.

Kim Yo Jong has been seen as the front-runner to succeed her brother, given that North Korea's sacred "Mt. Paektu bloodline" is believed to allow only direct descendants of the country's founder, Kim Il Sung, to lead the nation.

In April 2012, Kim Jong Il was posthumously named "eternal general secretary" of the ruling party. During the ongoing congress, the party revived the title of general secretary as its highest post instead of chairman.

Congress delegates "fully supported" Kim Jong Un's elevation to general secretary, praising him for having completed the state's nuclear arsenal and raising the country's status to the "highest level," the news agency said.

KCNA said the latest congress, which started Tuesday, will continue in session, although it did not elaborate on when the gathering will conclude.

On Saturday, Kim displayed a confrontational attitude toward the United States, with KCNA quoting the leader as describing Washington as Pyongyang's "foremost principal enemy."

Kim also pledged to further strengthen North Korea's nuclear capacities, saying, "The entity of the U.S. and the real intention of its policy toward the DPRK will never change, whoever comes into power in the U.S."