A machinery parts maker in central Hokkaido, Japan's northernmost main island, is drawing attention at home and aboard with its "monster wolf" robot designed to scare away bears and other wild animals.

The 1.2-meter-long robot developed by Ohta Seiki Co. in Naie can emit up to 60 different sounds, including the howling of wolves and human voices. It detects approaching animals with an infrared sensor, moving its head with glaring LED eyes. 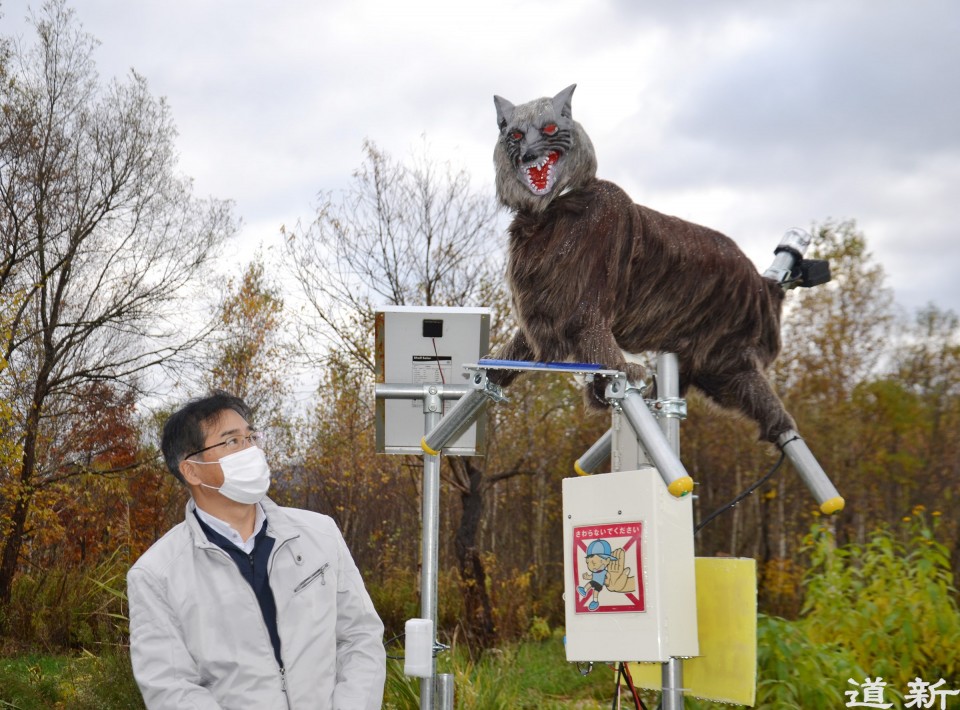 Some 70 units of the robot, priced at 400,000 to 500,000 yen, have been installed around Japan, including Ishigaki Island in the southernmost prefecture of Okinawa, where locals are troubled by wild boars.

It began to draw international media attention last October when Japan's public broadcaster NHK reported efforts in Takikawa, Hokkaido, to keep away bears with the robot. Since then, the robotic wolf has been covered by such media organizations as Reuters, The New York Times and Bloomberg.

Yuji Ohta, president of the parts maker, says he expected good demand for such robots due to the need to control crop damage by wild animals. The company has had inquiries from abroad about the monster wolf and is making preparations to start exports.