The head of an association of Japanese physicians said Wednesday the government should consider a nationwide state of emergency as a future "option" to prevent the further spread of the novel coronavirus and ease the strain on the medical system, as the country's cumulative confirmed infections topped 300,000 the same day.

Toshio Nakagawa, president of the Japan Medical Association, said the medical system has been increasingly overwhelmed, with some hospitals forced to turn away non-COVID patients. He also expressed concern that the health care system could collapse if infections continue to surge. 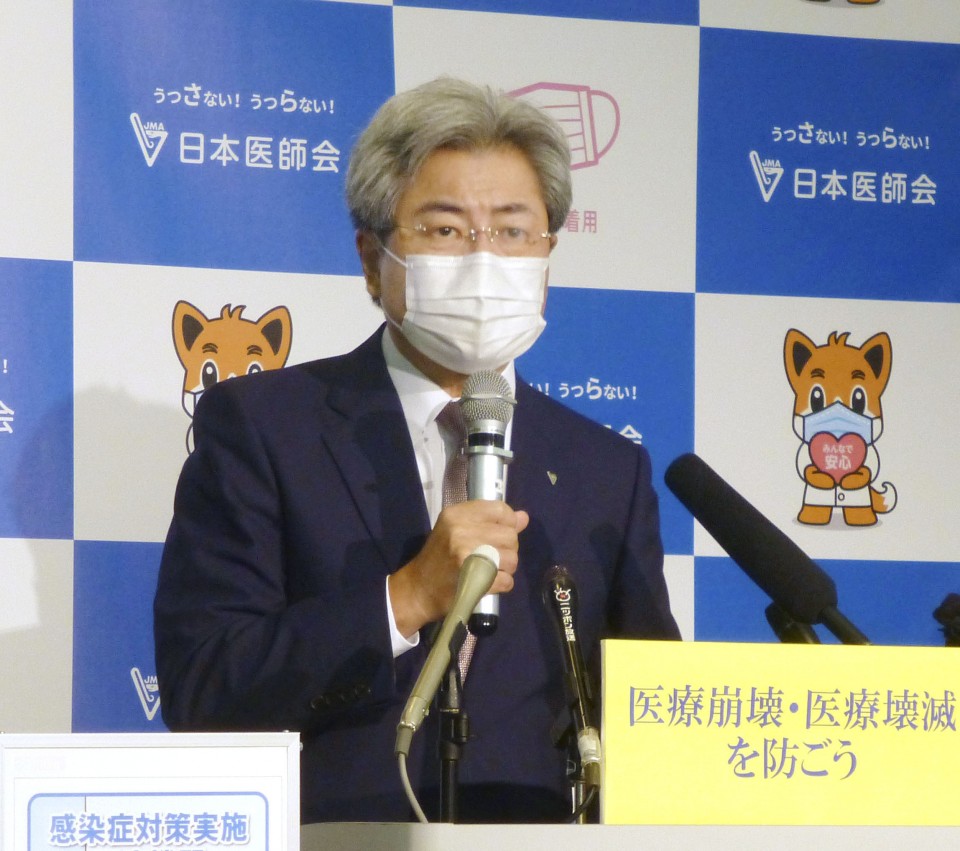 Toshio Nakagawa, president of the Japan Medical Association, speaks at a press conference in Tokyo on Jan. 13, 2021. (Kyodo)

"Depending on the situation in the near future, declaring a state of emergency for the whole country is one option. I would like (the government) to act swiftly," Nakagawa told a press conference.

A total of 11 of Japan's 47 prefectures are under the state of emergency, which runs until Feb. 7.

Japan has also confirmed coronavirus variants discovered in Britain and South Africa, with infections expected to increase at an even greater rate if they spread throughout the country.

On Wednesday, Japan confirmed 5,868 more cases of the virus across the country.

Tokyo, which has been under the second state of emergency along with the neighboring prefectures of Chiba, Kanagawa and Saitama since Friday, logged 1,433 additional cases, bringing its cumulative total to 78,566.

In addition to Tokyo, which confirmed a record 2,447 new infections on Jan. 7, other prefectures that have huge urban populations, including Osaka and Aichi, have similarly been struggling amid a sudden rise in cases since the start of the year.

Coronavirus deaths across the country had surpassed 4,000 as of Jan. 9, with the country reporting a record 97 deaths on Wednesday. People suffering from serious symptoms also hit a record 900, up 19 from the previous day.