The U.S. Congress was thrown into turmoil on Wednesday in the process of certifying Democrat Joe Biden's presidential win, as supporters of President Donald Trump stormed the Capitol to defy the election results in what was seen as a serious assault on democracy.

Lawmakers later resumed the counting of the electoral votes that was halted for hours due to the chaos. They completed early Thursday the country's final step to affirm Biden as the winner of the November presidential election, and he will be sworn in on Jan. 20. 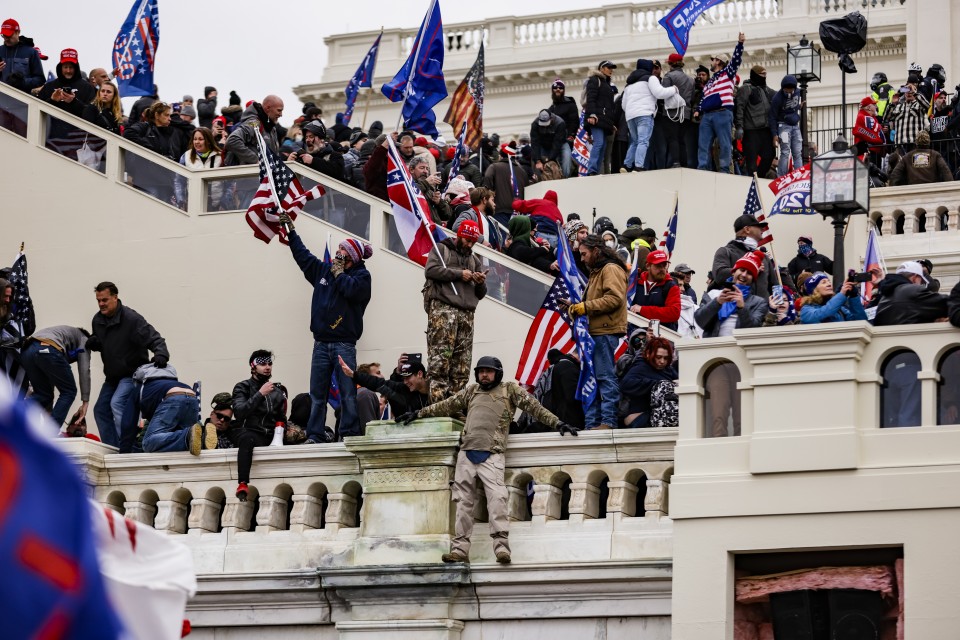 But the scenes of protesters smashing windows and vandalizing offices in the Capitol seem to have tarnished the image of the United States, which has championed democracy around the world, putting Trump in the hot seat over his role in inflaming his supporters through unsubstantiated claims aimed at undermining the election.

The incident has also resulted in calls for the Republican incumbent to be removed from office by his Cabinet, although his term is set to end in about two weeks.

"Even though I totally disagree with the outcome of the election, and the facts bear me out, nevertheless there will be an orderly transition on Jan. 20," Trump said in a statement posted on Twitter by White House spokesman Dan Scavino after the election results were finalized.

A joint session of the House of Representatives and the Senate to tally the electoral votes -- a usually largely ceremonial event -- began at around 1 p.m. Wednesday.

But the situation soon grew tense as a crowd of Trump supporters broke into Capitol Hill, possibly emboldened by the president's call during a rally in Washington earlier in the day to "walk down to the Capitol" to demand lawmakers reject the election outcome. Trump also urged them to show "strength."

The Capitol temporarily went into lockdown amid skirmishes and violent clashes between police and Trump supporters. Tear gas was used against protesters, while four people were dead after a mob breached the building, including a woman who was fatally shot inside the Capitol, U.S. media reported.

As the situation spiraled out of control, Trump posted a video message on Twitter urging his supporters occupying the Capitol grounds to "go home" but repeated his baseless assertion that the November election was "fraudulent."

In another tweet, he even seemed to justify the violence and chaos that took place, saying that "these are the things and events that happen when a sacred landslide election victory is so unceremoniously & viciously stripped away from great patriots who have been badly & unfairly treated for so long."

"Remember this day forever!" he added.

The two tweets, along with another one, were removed by Twitter Inc. as a violation of its policies. The social media platform also said Trump will be locked out of his account for at least 12 hours and threatened "permanent suspension." 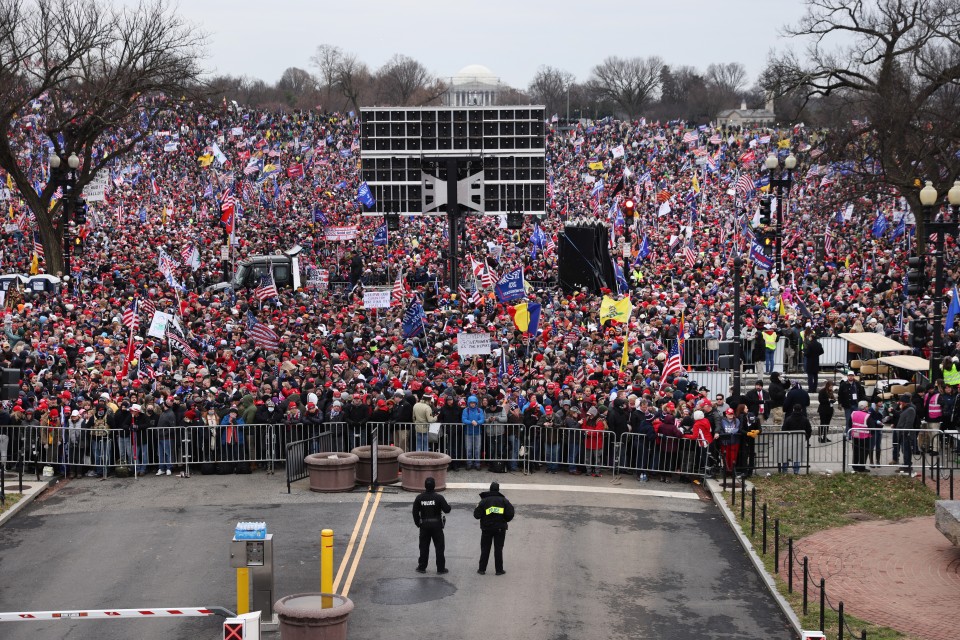 Crowds arrive for the "Stop the Steal" rally on Jan. 6, 2021 in Washington, DC. Trump supporters gather in the nation's capital to protest the ratification of President-elect Joe Biden's Electoral College victory over President Trump in the 2020 election. (Getty/Kyodo)

Biden, a former vice president and longtime senator, criticized the actions of protesters, saying from his home state of Delaware that the country's democracy is "under unprecedented assault" and that their actions are "not protest" but "insurrection."

Senate Democratic leader Chuck Schumer told Congress that Trump bears "a great deal of the blame" over what happened on Wednesday.

"This mob was in good part President Trump's doing, incited by his words, his lies," he said, adding, "Now Jan. 6 will go down as one of the darkest days in recent American history, a final warning to our nation about the consequences of a demagogic president."

In a last-ditch attempt to overturn the election results, Trump had pressured Pence to take action while presiding over the joint session in his capacity as president of the Senate.

But Pence dismissed the president's demand in a letter addressed to Congress members that was made available prior to the session, saying he does not think he has the power to reject electoral votes.

"It is my considered judgement that my oath to support and defend the Constitution constrains me from claiming unilateral authority to determine which electoral votes should be counted and which should not," he said.

Objections were raised from Republican lawmakers against the electoral vote counts in some states in Congress, but they were all rejected as they failed to secure the required majority vote in both chambers.

To win the presidency, a candidate needs to secure at least 270 of the 538 Electoral College votes allocated to the 50 states and the District of Columbia. The candidate who wins the popular vote in a state secures that state's electoral votes, usually in a winner-take-all manner.

The outcome was already affirmed through a vote on Dec. 14 by the electors in each state. But Congress had to formally certify the results before the presidential inauguration on Jan. 20, a date stipulated in the Constitution. 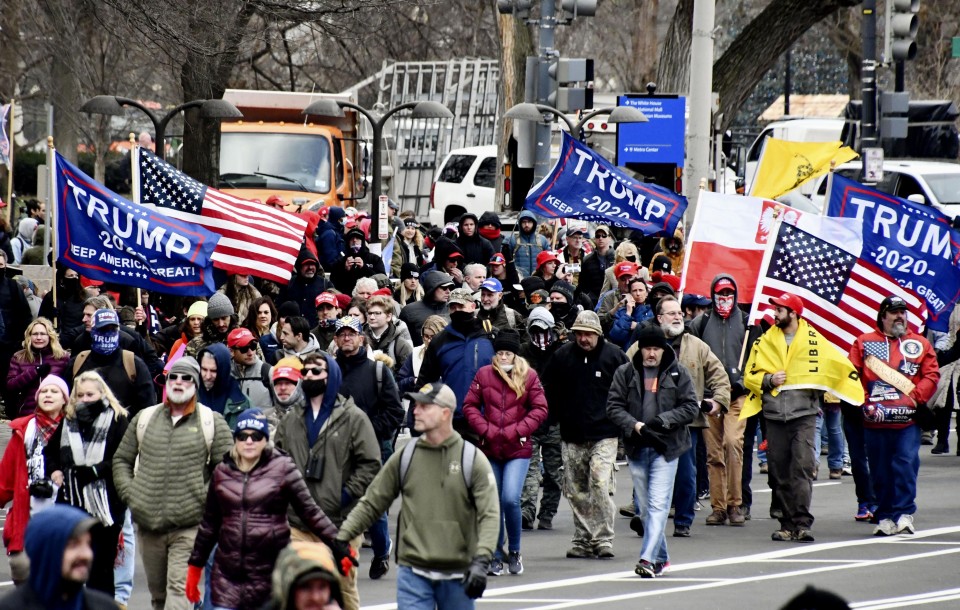 A mob loyal to U.S. President Donald Trump marches toward the U.S. Capitol in Washington on Jan. 6, 2021. The move came after Trump urged his supporters to descend on Washington to protest Congress' impending certification of Joe Biden as the winner of the November presidential election. (Kyodo) ==Kyodo 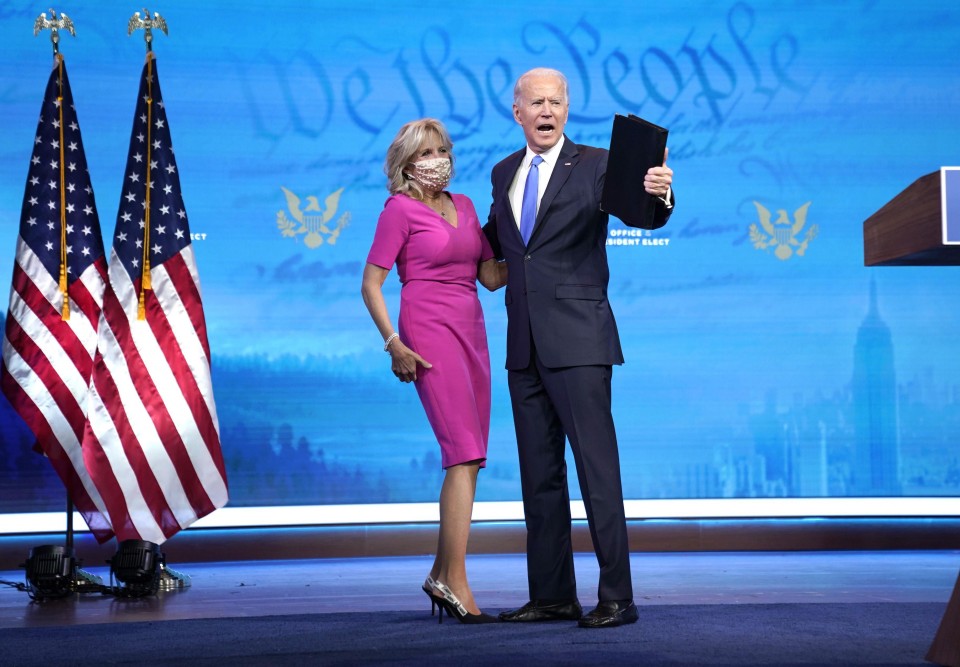