Sales of print books and magazines in Japan fell 1.0 percent from the previous year in 2020, the smallest decline since 2006 thanks to comic book sales of the hit manga series "Demon Slayer," a publications research body said Monday.

Sales of print publications amounted to an estimated 1.22 trillion yen ($11.76 billion) last year, down for the 16th straight year, but the final volume of the blockbuster series released last December cushioned the fall, according to the Research Institute for Publications in Tokyo. 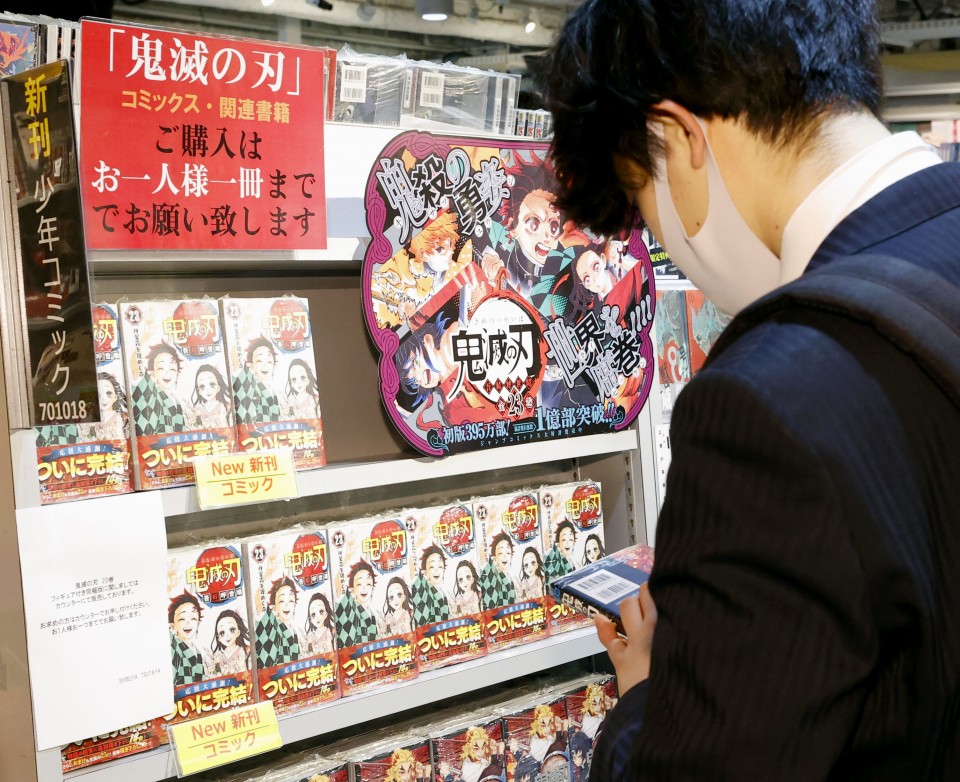 In 2019, sales of print publications declined 4.3 percent from a year earlier.

According to publisher Shueisha Inc., 3.95 million copies were published of the first edition of "Demon Slayer" volume 23, with the cumulative number for all volumes including digital sales topping 120 million copies as of last December.

Meanwhile, sales of e-books have continued to grow, accounting for 24.3 percent of the total publication market in 2020 with its share surpassing 20 percent for the first time since the institute began collecting data.

Sales of e-books and print books and magazines totaled 1.62 trillion yen last year, up 4.8 percent from the previous year.

Demand for reading material increased last year due to people spending more time at home amid the coronavirus pandemic, the institute said.