Nearly 10 years after the 2011 earthquake-tsunami and nuclear disasters in northeastern Japan, only 30 percent of Fukushima Prefecture residents say reconstruction has been sufficient, a Kyodo News survey showed Thursday.

The figure was notably lower than 80 percent in Miyagi and 66 percent in Iwate prefectures, which were also affected by the natural disasters. 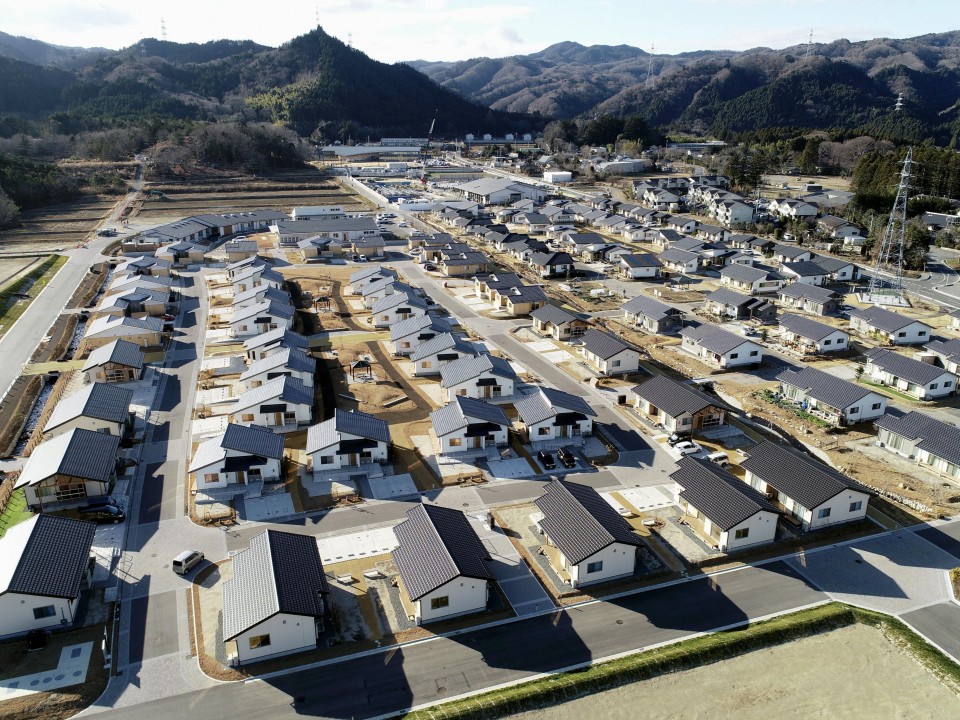 Photo taken Dec. 23, 2020, from a drone shows rows of public houses for residents who lost their homes in the disaster in Okuma, Fukushima Prefecture. (Kyodo)

The low number in Fukushima reflects how the nuclear meltdowns at the Fukushima Daiichi power plant and subsequent evacuation orders have slowed reconstruction work.

Face-to-face surveys were conducted in November involving 100 residents in each of the three prefectures to ask about reconstruction of the communities where they lived when the magnitude-9.0 earthquake and subsequent tsunami hit the region March 11, 2011.

A total of 176 people, or 59 percent, across the three prefectures said reconstruction was "progressing" or "progressing to some degree," while 123 people, or 41 percent, said there had not been enough progress. One person did not answer.

"My hometown is full of vacant plots of land," said a man in his 50s who evacuated from Futaba, which hosts the Fukushima Daiichi plant, to Iwaki in Fukushima Prefecture. "I cannot imagine the town becoming a place we can return to."

Many respondents appreciated the rebuilding of infrastructure, but some said it has taken too much time. Among Fukushima residents unhappy with the reconstruction progress, many said they are disappointed that they are still not allowed to return to their hometowns due to radioactive contamination and that townscapes have not been restored. 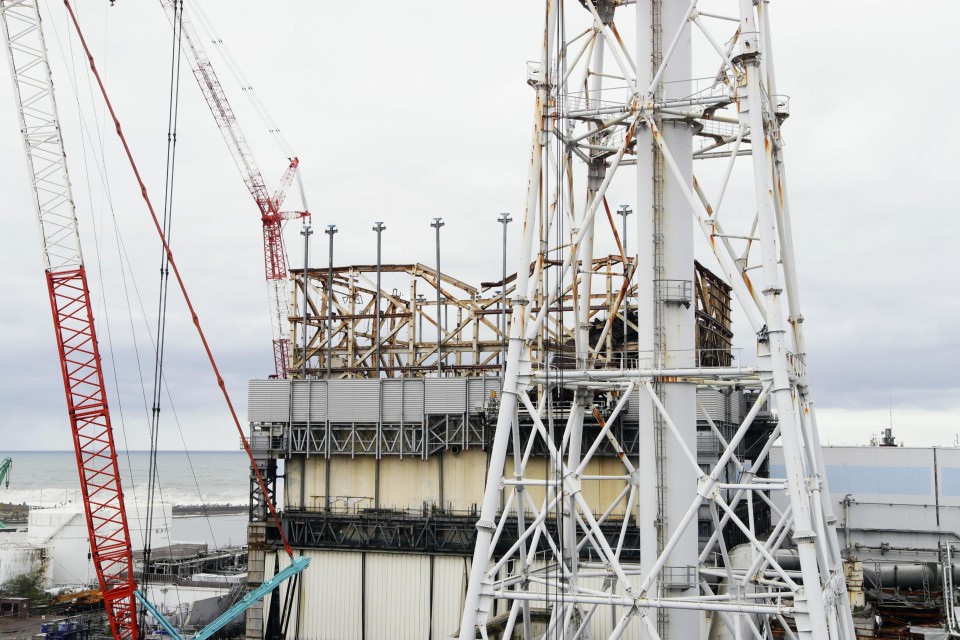 Across the three prefectures, 66 percent said their lives were back on track as they were able either to move to public housing for disaster victims or build new homes. By prefecture, the rate was 80 percent in Miyagi and 70 percent in Iwate but significantly lower at 49 percent in Fukushima.

The cost of rebuilding homes and a decrease in income have also been a burden for residents.

"To reconstruct my house, I needed to get another loan (in addition to that for the home destroyed by the disaster). I won't finish the payments until I'm 80 years old," said Toshiyuki Naganuma, 58, who runs a construction firm in Natori, Miyagi Prefecture.

The local government in Natori declared the completion of the city's recovery in March 2020. More houses have been built and tourists are returning. But Naganuma said that while "it may look like the city has recovered, reconstruction is not finished."

"Jobs are still gone. My income is unstable," said a man in his 40s who changed jobs three times after the disasters. He used to work at a restaurant in Rikuzentakata, Iwate, but sales dropped when construction workers and others engaged in work to rebuild the city left.

Yukihisa Ojima, 49, who operates a home appliance store in Rikuzentakata, worries about the city's declining population. "Public facilities were rebuilt but things are slack for businesses here," he said.

For those affected by the disasters, recovery means "getting back one's life before the disasters," said Jun Oyane, a professor at Senshu University and head of the Japan Society for Disaster Recovery and Revitalization.

"The next step after restoring infrastructure will be to focus on the varying needs of individual residents and to stand by them in rebuilding" their lives, he said.