Speaking to reporters at his office, Suga said under international law a sovereign state is not subject to the jurisdiction of foreign courts and the lawsuit must be thrown out. 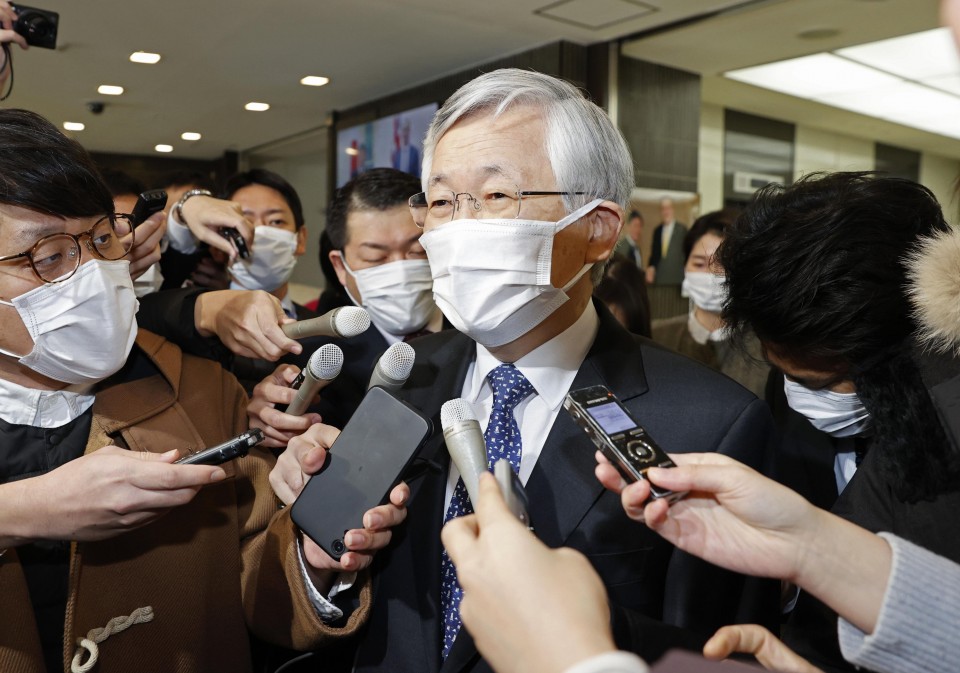 He said the ruling goes against a 1965 bilateral agreement that settled properties and claims related to Japan's 1910-1945 colonial rule of the Korean Peninsula, including the treatment of the women forced to work at Japanese wartime military brothels.

"I strongly urge the South Korean government to correct this violation of international law," he said.

Vice Foreign Minister Takeo Akiba summoned South Korean Ambassador Nam Gwan Pyo to make the protest, telling him the ruling earlier in the day is "extremely regrettable," according to the Foreign Ministry

Nam told reporters after the meeting that South Korea will do what it can to keep the latest ruling from having an undesirable impact on the bilateral relationship.

"To reach a resolution, both countries need to respond calmly and in a restrained manner," Nam said.

The decision, however, was handed down by an independent judge over whom South Korean President Moon Jae In's administration has no influence.

Japan will not appeal the ruling as doing so would put the country under South Korea's jurisdiction, top government spokesman Katsunobu Kato said at a press conference. 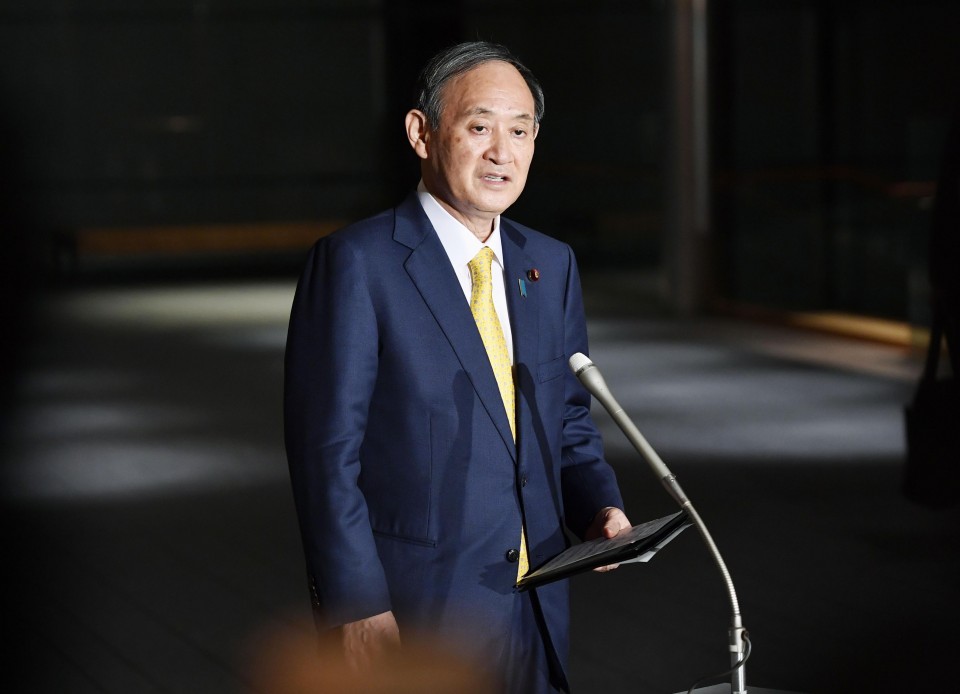 Prime Minister Yoshihide Suga speaks against a South Korean court ruling on "comfort women" at his office in Tokyo on Jan. 8, 2021. (Kyodo)

The ruling also violates a 2015 bilateral pact under which both governments agreed to "finally and irreversibly" resolve the comfort women issue, Kato, the chief Cabinet secretary, said.

Under the agreement reached by the governments of then Japanese Prime Minister Shinzo Abe and then South Korean President Park Geun Hye, Tokyo provided 1 billion yen ($9.68 million) to a fund to support former comfort women and the families of those who had died.

Opposition parties in Japan echoed the discontent against the court order for Tokyo to compensate 12 plaintiffs.

South Korea had also said it "will strive to resolve" Japan's concern about a statue of a girl symbolizing comfort women in front of the Japanese Embassy in its capital.

But the Moon administration, formed in 2017, dissolved the Reconciliation and Healing Foundation, the fund set up under the agreement, triggering fierce opposition from Japan.

The statue of the girl in Seoul, as well as some 140 others across the globe, erected by South Korean civic groups, also remains in place, to Japan's dismay.

Referring to a ruling on a similar case scheduled at the Seoul court on Wednesday, Kato called on South Korea to take action so that the case will be rejected.

The latest spat over the comfort women ruling is similar to another dispute stemming from South Korea's top court rulings in 2018 ordering Japanese companies to pay Koreans who were forced to work for them during World War II.

Japan said the rulings "clearly violate" the agreement signed in 1965 and is urging Seoul to take action to prevent the imposition of damages against Japanese companies. Moon, meanwhile, says he respects the decision of the independent judiciary.