An exhibition showcasing smash-hit South Korean drama "Crash Landing on You" began in Tokyo on Friday, recreating some of the romantic comedy's most iconic scenes using over 450 props and photographs.

It also features costumes worn by the lead stars, actor Hyun Bin and actress Son Ye Jin, in the 16-episode love story between a South Korean heiress to a family conglomerate who lands in North Korea in a paragliding accident and a North Korean military officer. 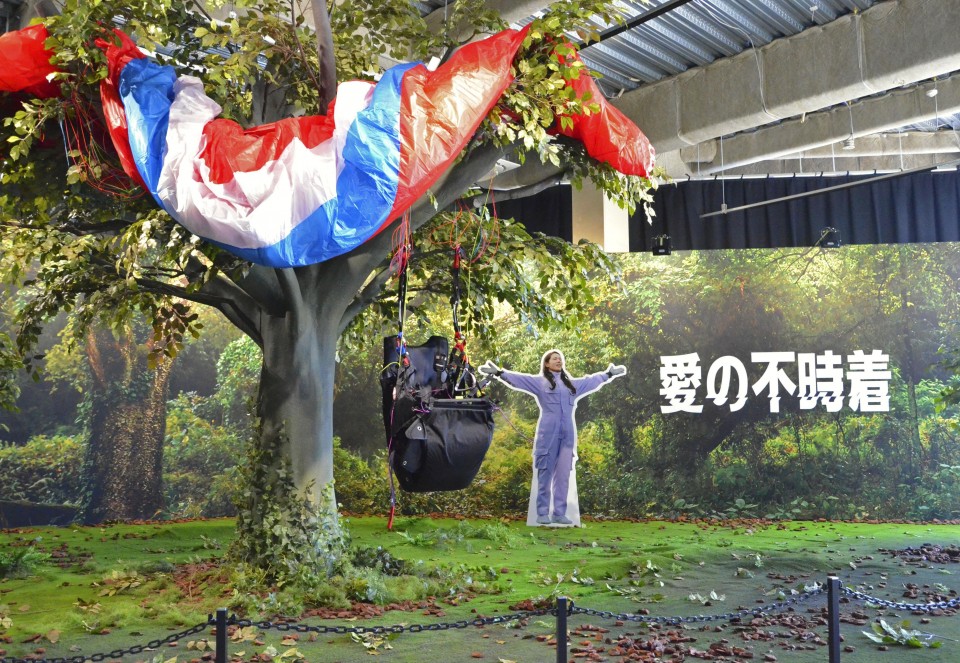 Photo taken on Jan. 7, 2021, shows a scene from popular South Korean drama "Crash Landing on You" recreated in an exhibition in Tokyo. (For editorial use only)(Kyodo)

The melodrama, which was originally shown on South Korean cable network tvN, has taken Japan and other parts of Asia by storm since it began airing on Netflix in February last year.

The exhibition opens with a recreation of the scene in which Yoon Se Ri, the wealthy heiress played by Son, crash-lands on the North Korean side of the Demilitarized Zone after her paraglider is caught in a tornado.

It goes on to depict other fan-favorite scenes from the drama through props including the piano played by North Korean military officer Ri Jeong Hyeok. Photographs from unreleased scenes are also displayed.

The Tokyo exhibition is scheduled to run until Feb. 27 at a commercial complex near JR Harajuku Station, before moving on to the cities of Osaka, Fukuoka and Nagoya. Tickets cost 1,800 yen ($17). 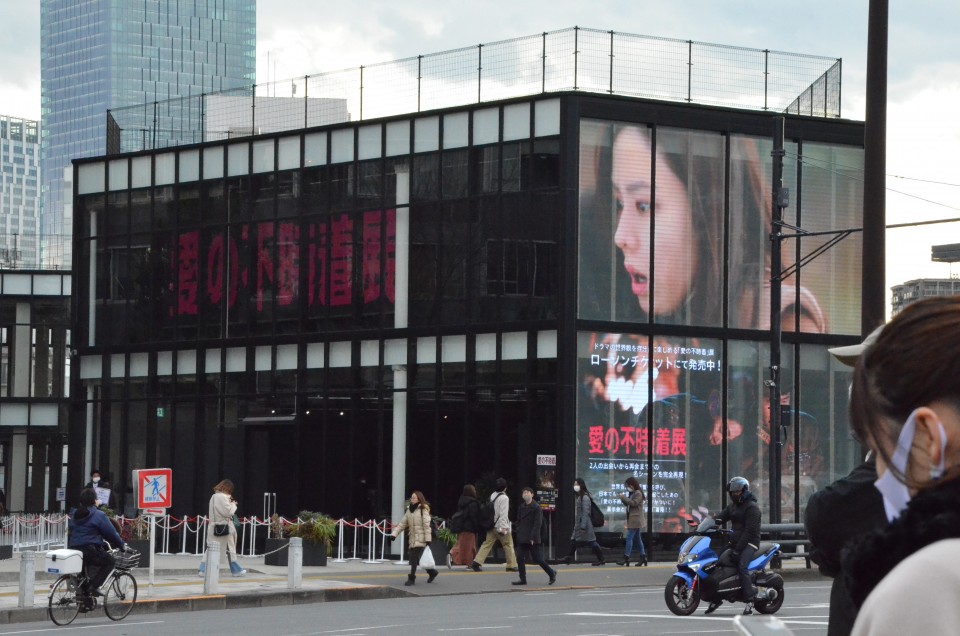 Photo taken on Jan. 8, 2021, shows the exterior of an exhibition showcasing popular South Korean drama "Crash Landing on You" in Tokyo. (Kyodo)

Hyun Bin and Son, both 38, made the news after their agencies confirmed on New Year's Day that they have been dating.

Crash Landing on You was nominated as one of the top 10 buzzwords in Japan last year, as many people watched the series while staying at home during the coronavirus pandemic.