Experts from the World Health Organization on Thursday started a full-fledged investigation in the central Chinese city of Wuhan, where the novel coronavirus was first detected in late 2019.

All eyes are on whether the team can identify an animal that originally carried the virus as more than one year has already passed since the first infection case was detected in Wuhan, a business and transportation hub with a population of some 11 million. 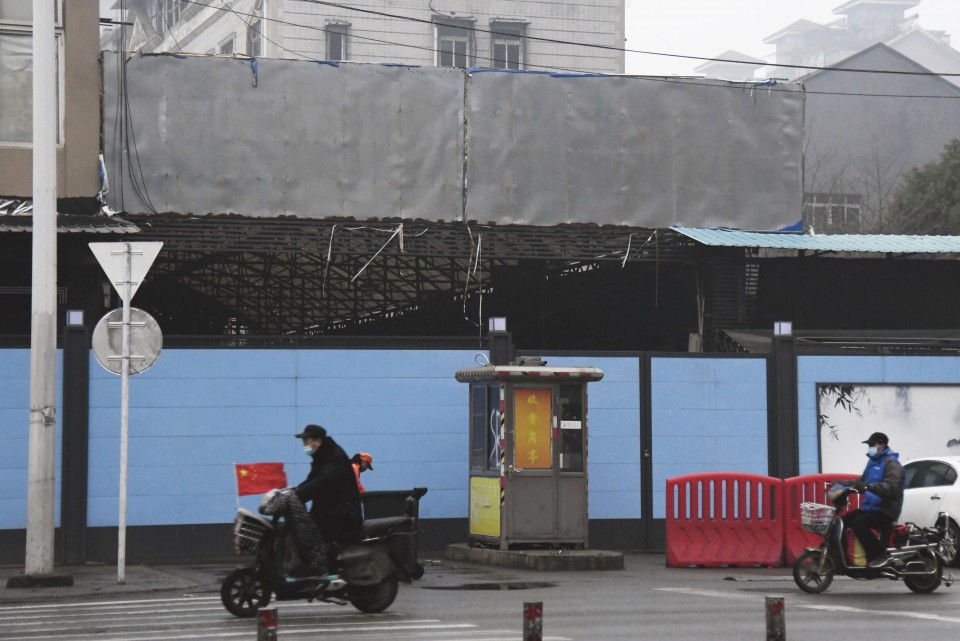 Photo taken in Wuhan shows a closed seafood wholesale market on Jan. 23, 2021, a year after a drastic lockdown was imposed on the Chinese city known as the original epicenter of the novel coronavirus. (Kyodo)

After quarantining for two weeks, the experts are expected to visit a Wuhan market, where many people were confirmed to have contracted the virus in the early days of the outbreak, in a bid to probe the virus's origins. The market has been closed since January 2020.

The experts are also likely to examine a laboratory to address rumors that the virus that causes the COVID-19 disease was accidentally released from there.

Former U.S. President Donald Trump said last year that he was confident the virus originated from the infectious diseases lab, adding he could punish the country for its lackluster response that allowed the outbreak to spread globally.

The WHO team consists of 10 experts, including Ken Maeda, a veterinary microbiologist at Japan's National Institute of Infectious Diseases. During the quarantine period, they engaged in online information exchanges with Chinese experts.

The experts initially had planned to visit China earlier this month, but their arrival was delayed after it took longer than expected for Beijing to finalize granting permission for the group to enter the country.

WHO Director General Tedros Ghebreyesus had said that he was "very disappointed" with China.

Although the WHO sent a small group of experts to China for a preliminary investigation in July last year, they did not visit the market or the laboratory.

Since first being detected in Wuhan, the virus erupted into a pandemic that has infected over 100 million people and caused more than 2.1 million deaths worldwide, according to data by Johns Hopkins University.