Heavy snow across much of Japan caused widespread disruption Friday, leaving around 90 vehicles temporarily stranded on an expressway and nearly 44,000 homes without electricity.

The Japan Meteorological Agency said it expects the cold spell to continue over the weekend, warning of more snowfall and further traffic disruption due to slippery roads.

Sections of the Hokuriku Expressway were closed between Ishikawa and Toyama prefectures on the Sea of Japan coast for snow clearance after the vehicles were stuck until early Friday morning, according to Central Nippon Express Co. 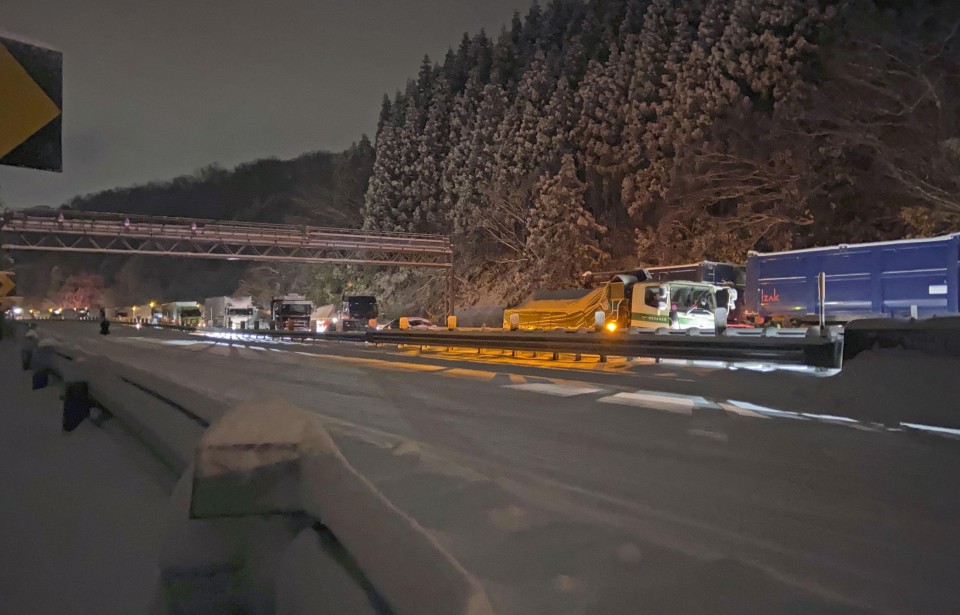 Vehicles are stranded on the Hokuriku Expressway in Kanazawa on Jan. 8, 2021. (Kyodo)

A trailer truck broke down on the highway, bringing traffic behind it to a halt in Ishikawa near the prefectural border, police said.

A blackout that began Thursday was continuing to affect 43,808 homes in Akita and Niigata prefectures as of 11 a.m. Friday, with dozens of evacuation centers set up for residents unable to use heating.

Prime Minister Yoshihide Suga told a meeting on the government's response to the heavy snow that work was ongoing to restore power and the Self-Defense Forces had been deployed to help clear the snow.

"We will continue to be on alert and proactively provide support" to affected areas, he said.

According to the weather agency, 120 centimeters of snowfall was expected in the Hokuriku region of central Japan in the 24 hours through 6 a.m. Saturday, with Tokai, Kinki and Tohoku among the other regions set for more heavy snow. 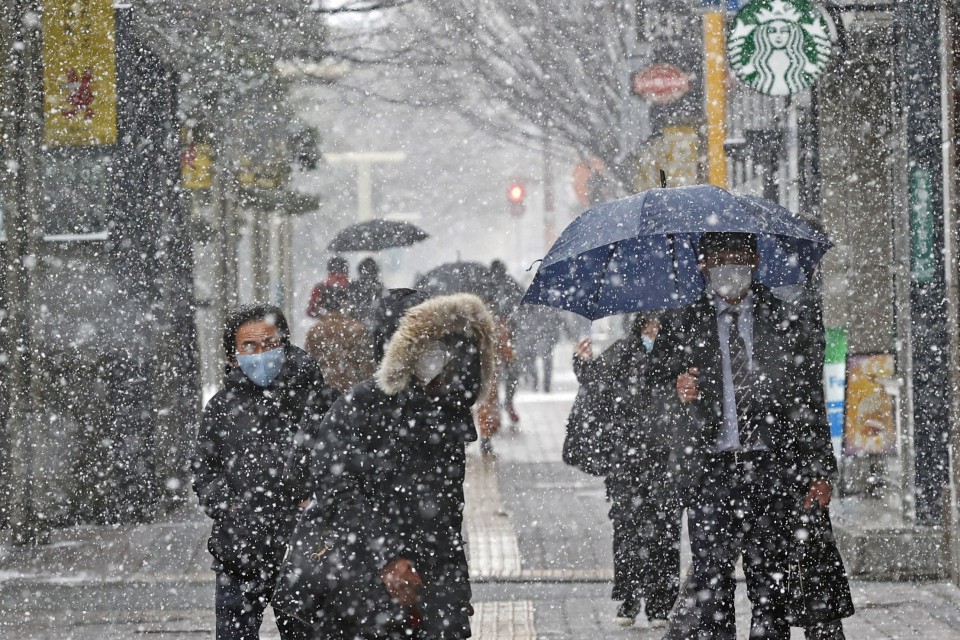 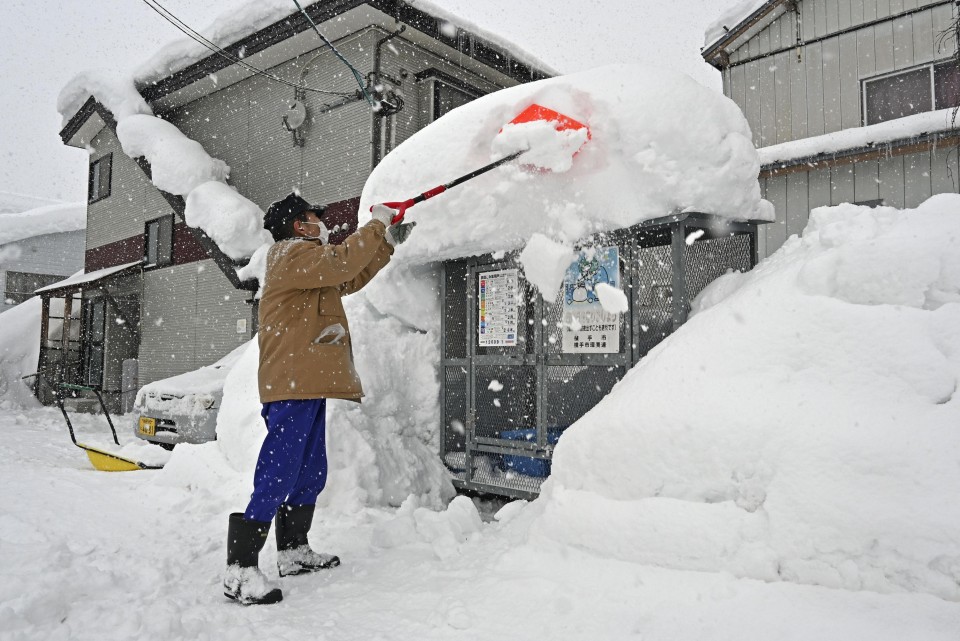 A man removes snow from a garbage storage in Yokote, Akita Prefecture, on Jan. 8, 2021. (Kyodo) 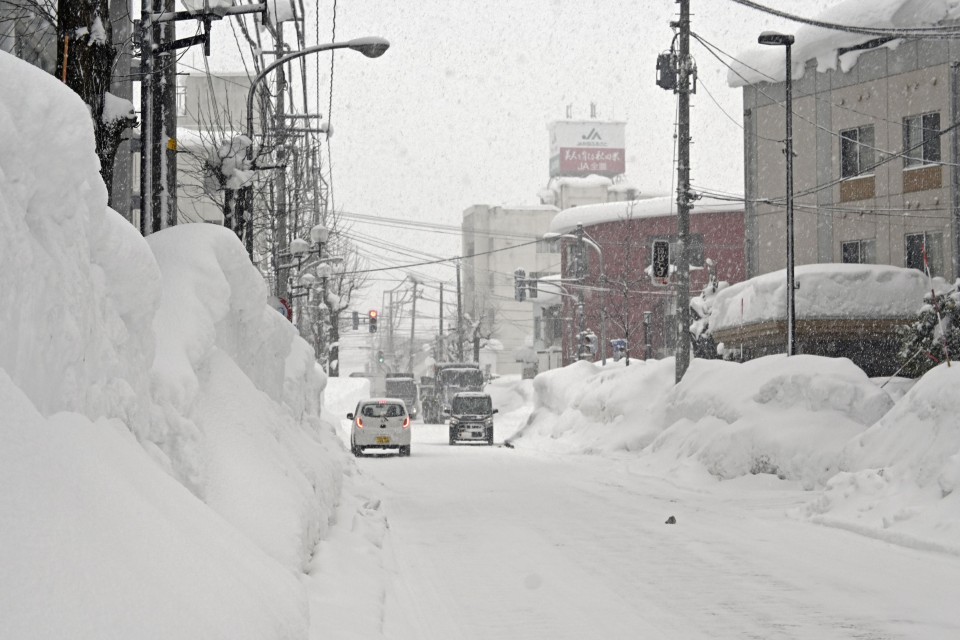 Snow is piled up near JR Yokote Station in Yokote in Akita Prefecture, northeastern Japan, on Jan. 8, 2021. Heavy snow and strong winds have caused a widespread power outage in Akita, Iwate and Niigata prefectures. (Kyodo) ==Kyodo