A bluefin tuna fetched 20.84 million yen ($202,000) on Tuesday at the New Year's auction at Tokyo's Toyosu fish market, a price far lower than in previous years as the impact of the coronavirus pandemic weighs on the restaurant industry.

The price for the 208-kilogram tuna, caught by a vessel operating out of a port in Oma, Aomori Prefecture, northeastern Japan, is well below the previous year's 193.2 million yen paid by a Tokyo-based sushi restaurant chain operator. 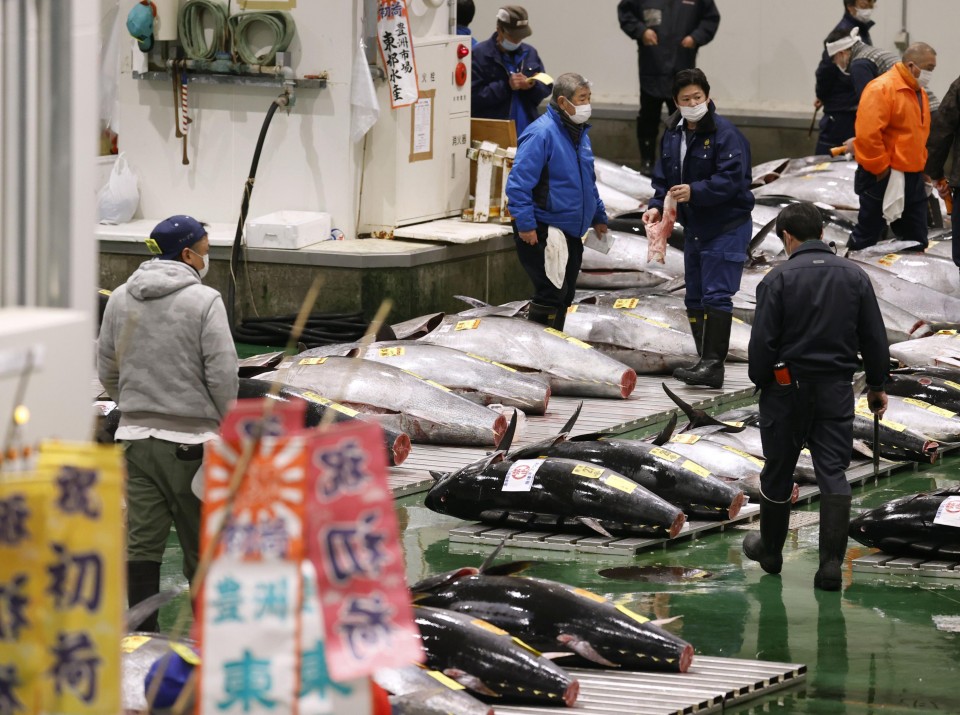 Photo taken Jan. 5, 2021, shows bluefin tuna ahead of a New Year's auction at the Toyosu fish market in Tokyo. (Kyodo)

A 278-kg bluefin tuna fetched a record 333.6 million yen in the New Year auction in 2019 when it was held for the first time in Toyosu following the relocation of Tokyo's main fish market from nearby Tsukiji.

This year's auction started just after 5 a.m. with buyers wearing masks and no spectators in attendance as concerns about the spread of the novel coronavirus continue.

Yukitaka Yamaguchi, president of intermediate wholesaler "Yamayuki," who was the successful bidder on the tuna, called the price "reasonable."

"It was a good result amid a lot of negative news. It is a good tuna," he added.

The price was the seventh highest since comparable data became available in 1999, according to the Tokyo metropolitan government. 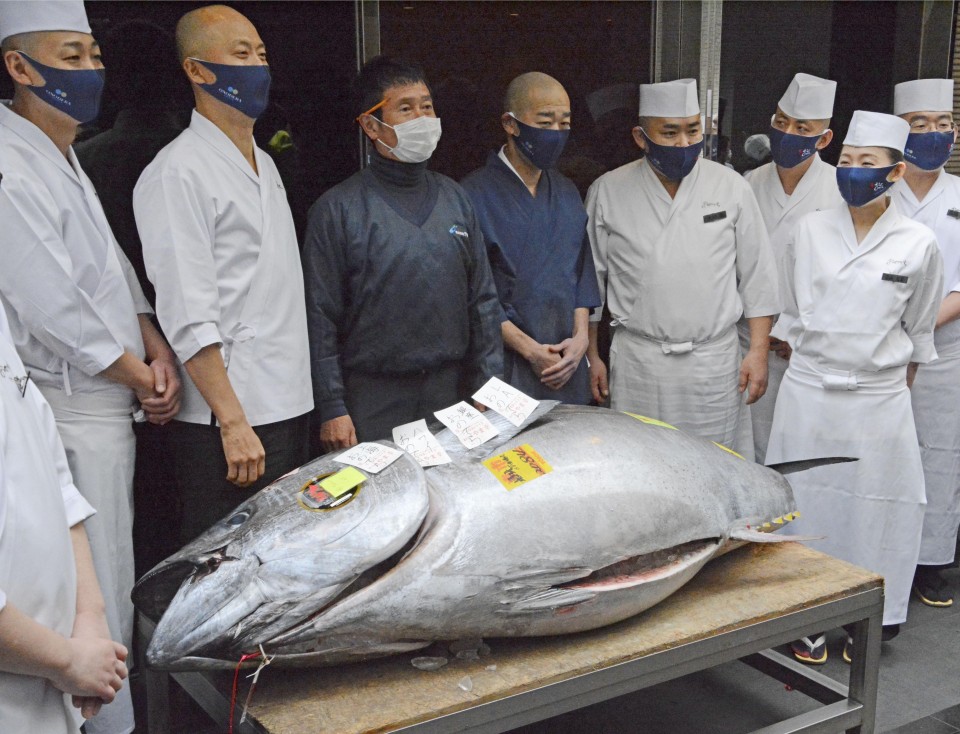 "It was heavy when I pulled it up (onto the boat), and I thought "Great!," said Minoru Tanaka, a fisherman for nearly 50 years, who caught the tuna on Monday in the sea about 30 kilometers off the port in Oma. "There is no doubt that it is fatty."

But the 65-year-old jokingly told the press in the town that the money he will earn from the fish will be all gone after he pays off the debt on his boat and drinks a lot of alcohol.

Public viewings of tuna auctions, one of Tokyo's most popular tourist attractions both at the market's old location and the new, were suspended on Dec. 26.

Under normal circumstances, it is customary for bidders to splash out at the year's first auction, with restaurants using it as a marketing ploy, but like many other businesses restaurants have been hit hard by the coronavirus pandemic since last spring.