He will begin his new role, which will include scouting talent from Japan, during spring training, which is expected to open in mid-February. 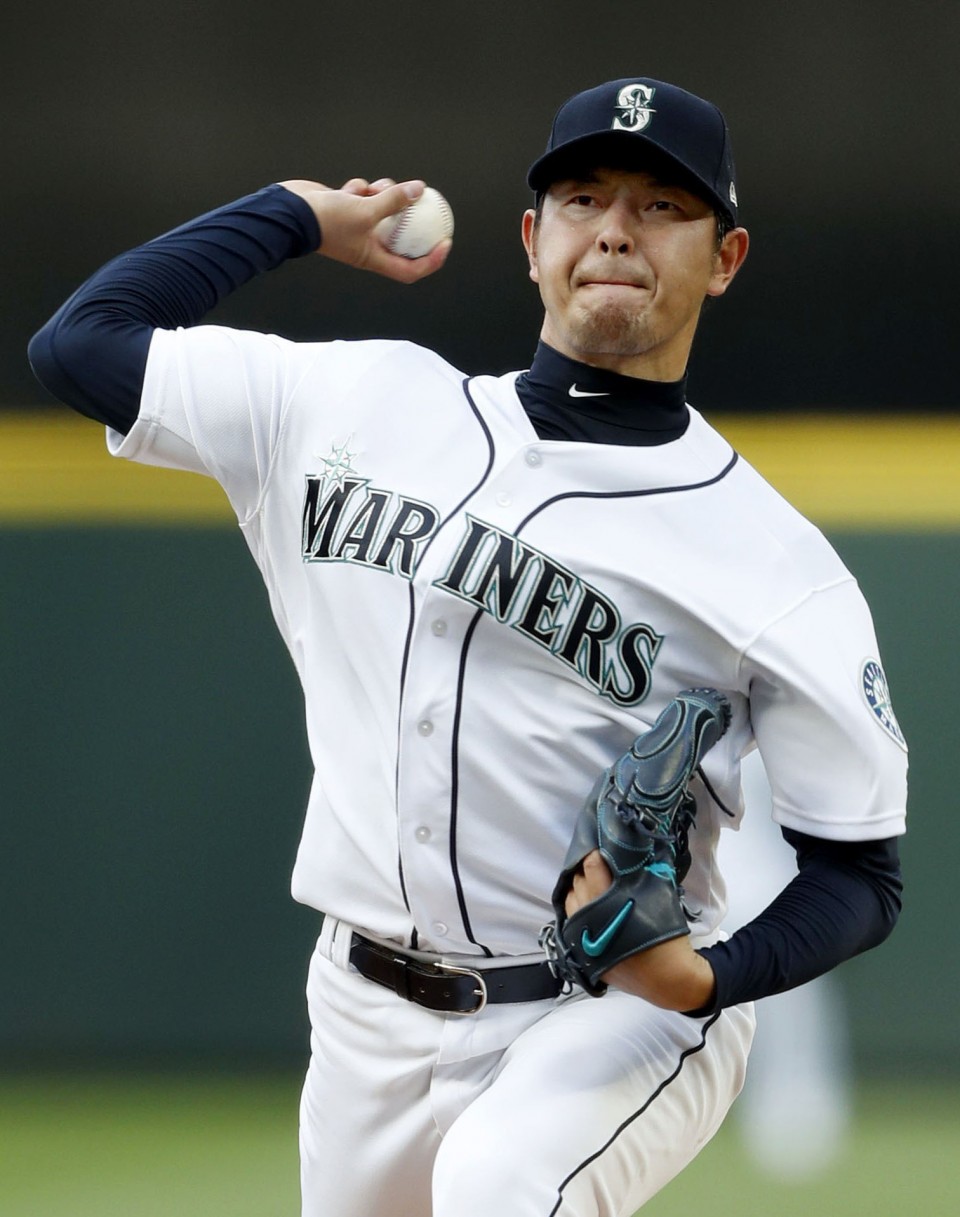 Hisashi Iwakuma of the Seattle Mariners pitches against the Los Angeles Angels in this file photo taken in Seattle on May 3, 2017.  (Kyodo) ==Kyodo

"Kuma has demonstrated throughout his career skills that we think will make him a perfect fit working with our coaches and players," Dipoto said in a press release.

"He was always prepared, has a terrific work ethic, and the ability to communicate the things that made him a successful pitcher. We're looking forward to adding him to our mix at both the major and minor league level."

In 2015 he became the second Japanese-born pitcher after Hideo Nomo to throw a major league no-hitter.

Iwakuma returned to Nippon Professional Baseball in 2019 but never fully recovered from shoulder surgery he underwent in 2017 and retired after two seasons with the Tokyo-based Yomiuri Giants. He never pitched for the Giants' top team.