The blockbuster animated movie "Demon Slayer" based on the namesake Japanese manga series launched its public screening in Thai cinemas on Wednesday, drawing fans out to theaters across the country.

Around 220 cinemas nationwide were scheduled to screen "Demon Slayer -- Kimetsu no Yaiba -- The Movie: Mugen Train" on the first day, with showings expected to continue throughout the month. 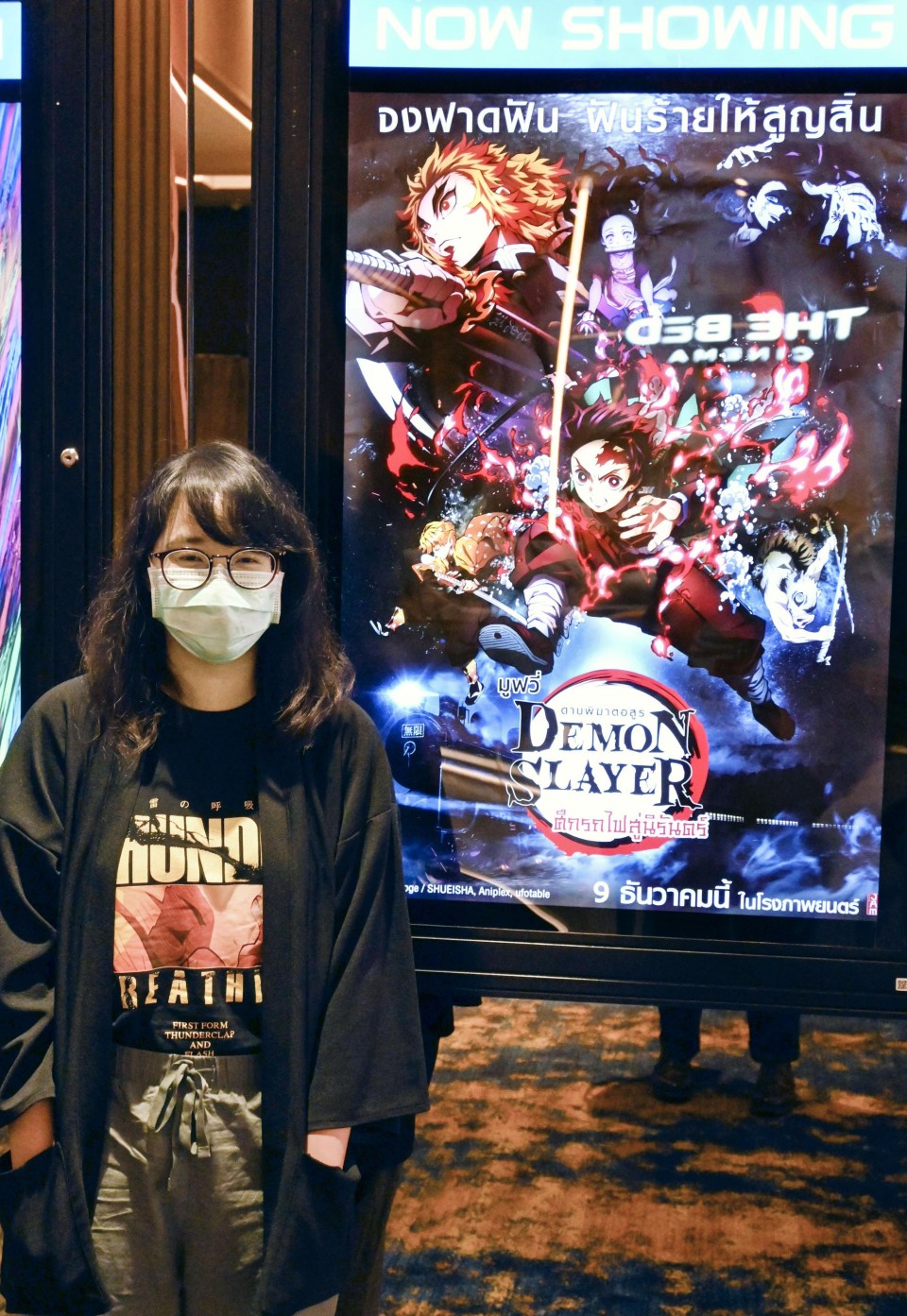 A woman poses for a photo at a movie theater in Bangkok on Dec. 9, 2020, as the blockbuster animated film "Demon Slayer" (Kimetsu no Yaiba) based on the namesake Japanese manga series opens in Thailand. (Kyodo) ==Kyodo

The movie grossed around 9 million baht ($299,000) during a sneak preview period from Dec. 3-8, according to the movie's distributor.

Threerasamorn Nooma, a 27-year-old graduate student, said that she has been a "Demon Slayer" fan, having read almost half of the manga version series.

"I like many elements of this series. The storyline is great, graphics in the anime version are splendid, especially the movie's last fighting scene," she said. "I almost cried during the last scene."

Threerasamorn said after watching the subtitled version, she would like to watch it again dubbed in Thai.

The movie is a sequel to an animated television series aired in Japan last year. Popular streaming services distributed the series' first season in Thailand during the country's coronavirus lockdown earlier this year, which drew more fans to the comic.

The popularity of "Demon Slayer" has boosted the country's ailing publishing industry. Vichai Limsiripothong, the editor of Siam Inter Comics, a manga publisher in Thailand, said that the printing industry has become livelier in tandem with the series' soaring popularity this year.

Vichai said that so far, the company has published almost a million copies of "Demon Slayer" printed manga, e-books and light novels, including more than 100,000 hard copies of volumes 1-21.