Harvard prof. Ezra Vogel, author of "Japan as Number One," dies at 90

Ezra Vogel, a leading American expert on Japan, China and Asia broadly, and professor emeritus at Harvard University, died of complications from surgery on Sunday in Cambridge, Massachusetts, his family said. He was 90.

The professor of social science was widely known for his 1979 book "Japan as Number One: Lessons for America," which became a best seller in Japan. 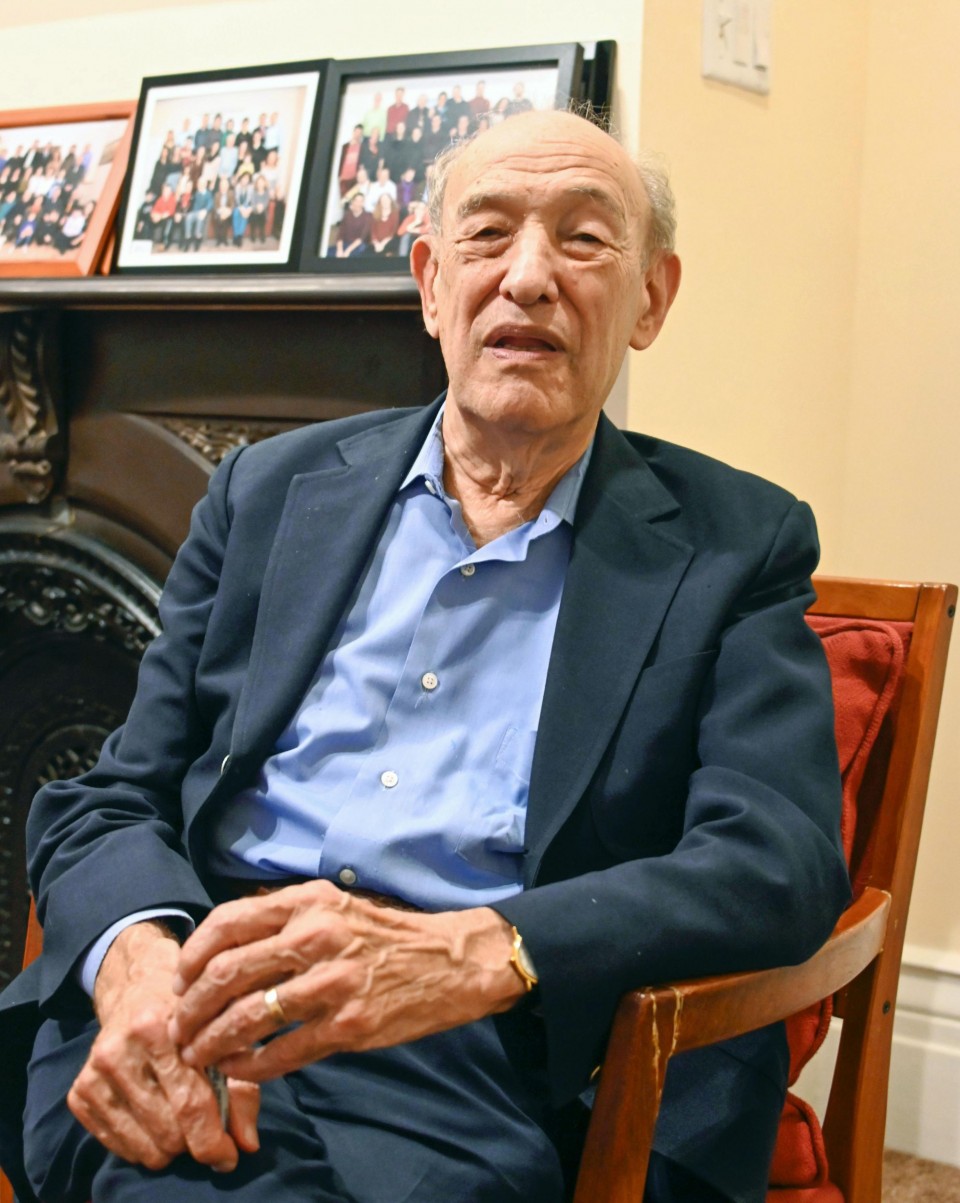 Ezra Vogel, professor emeritus at Harvard University, was interviewed in Cambridge, Massachusetts, on Oct. 2, 2019. Specializing in social sciences, he has authored many books on East Asia, including Japan and China. (Kyodo) ==Kyodo

The book explained the reason behind Japan's economic prosperity after World War II, citing the seniority-based social system and diligence of the people, helping shape U.S. perceptions of the country.

In an opinion piece written for Kyodo News in 2016, Vogel said, "The reason I wrote 'Japan As Number One' was...because I thought that, in many aspects of the society, Japan was doing extremely well."

The U.S. Embassy in Tokyo honored Vogel, saying in a Twitter post, "Ezra Vogel's scholarship brought Americans and Japanese closer together. Thirty years later, his book 'Japan as Number One' is still essential reading for understanding Japan's economic might."

Vogel was a long-time friend of Japanese Empress Masako's family. He first met the empress when she went to high school in the United States as her father Hisashi Owada, a former vice foreign minister and president of the International Court of Justice in The Hague, became a visiting professor at Harvard in 1979.

Vogel never taught her but observed when she participated in student discussions under a program about U.S.-Japan relations, which he led at the university, the professor said in an interview with Kyodo News ahead of a ceremony to proclaim her husband Emperor Naruhito's enthronement in October last year. 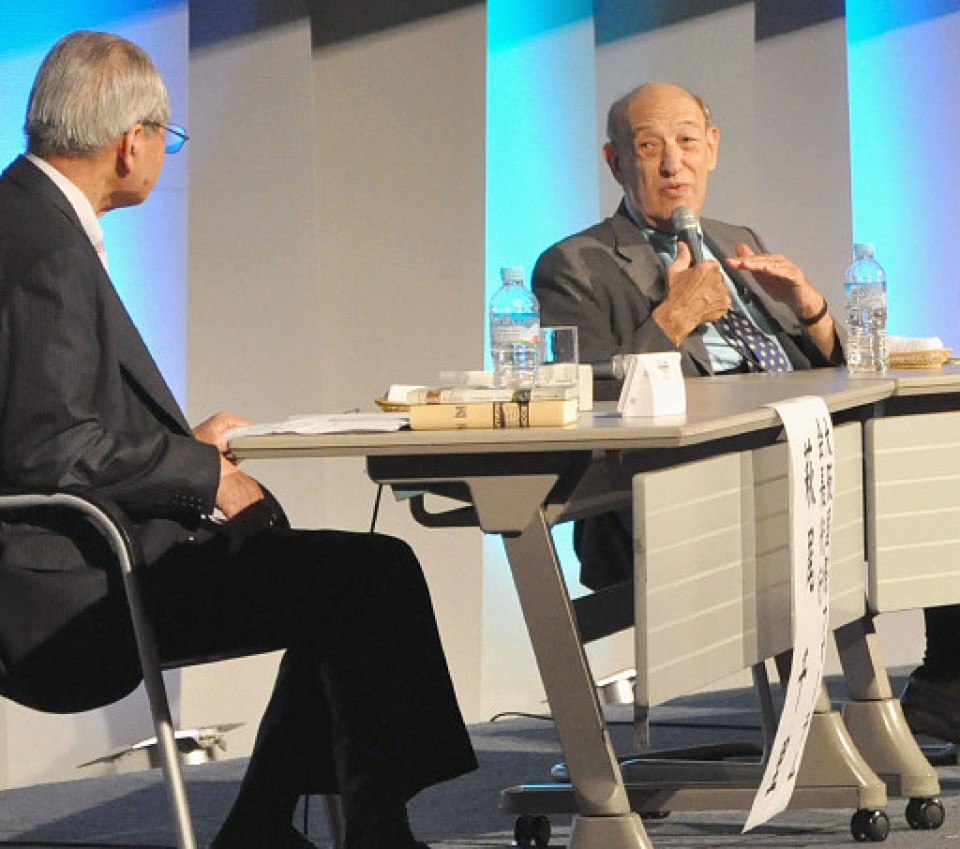 OSAKA, Japan - Ezra Vogel (R), a professor emeritus at Harvard University, gives a speech during an event in Osaka on Sept. 11, 2013. His 1979 book "Japan as Number One: Lessons for America," became a bestseller in the country. (Kyodo)

After graduating from Ohio Wesleyan University in 1950, Vogel studied sociology in the Department of Social Relations at Harvard, receiving his doctorate of philosophy in 1958. He went to Japan for two years to study the language and conduct research and then became a professor at Harvard in 1967.

Vogel served as director of Harvard's East Asian Research Center between 1972 and 1977 as well as director of the Program on U.S.-Japan Relations at the Center for International Affairs between 1980 and 1987. He retired from teaching in 2000.

His research on China covered the country's late paramount leader Deng Xiaoping, who advocated the "reform and opening-up" policy. Vogel published the award-winning biography "Deng Xiaoping and the Transformation of China" in 2011.

At age 89, Vogel published "China and Japan: Facing History," which reviews the history of political and cultural ties between the two countries over 1,500 years.

Vogel "hoped that the book would offer an accurate portrayal of how the two countries learned from each other over the centuries, but also serve to encourage the Chinese and Japanese leaders to forge a more constructive relationship going forward," said Steven Vogel, his son who is a professor of political science at the University of California, Berkeley.

The late scholar was also concerned about simmering tensions and rising rivalry between the United States and China in the Indo-Pacific region and beyond, his son said.

The deceased academic also wrote "One Step Ahead in China: Guangdong Under Reform" based on his research in the southern province. He explored the province's economic and social progress since it took the lead in pioneering the country's economic reform in 1978.