Japan has set its 2021 catch limit for large whales at 383, the same as for the current year, in line with calculations to avoid a negative impact on cetacean resources, according to the Fisheries Agency.

Japan resumed commercial whaling within its territorial waters and exclusive economic zone on July 1, 2019, after formally withdrawing from the International Whaling Commission the day before. 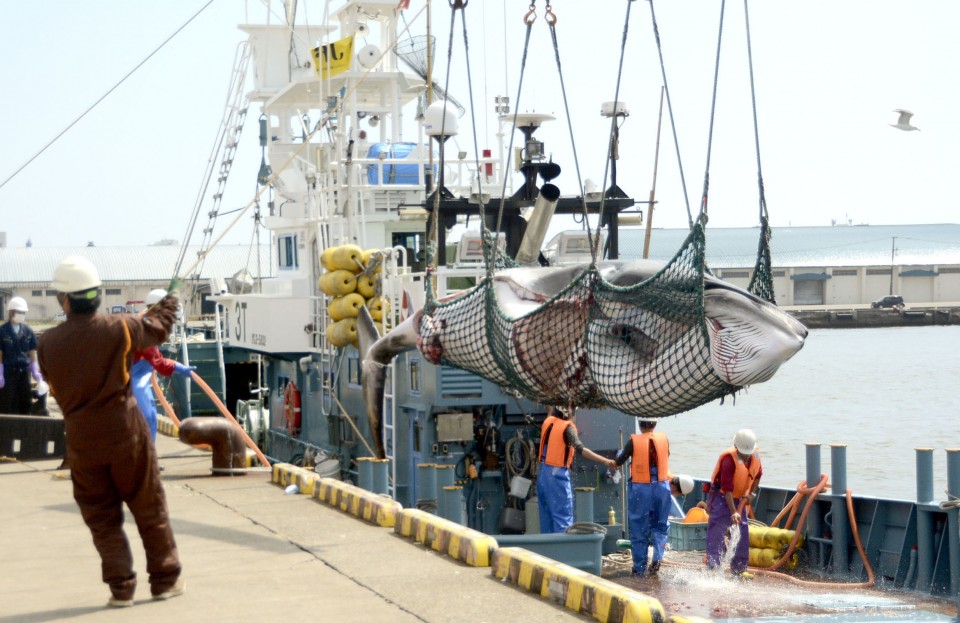 A minke whale is unloaded from a vessel at a port in the Hokkaido city of Kushiro, northern Japan, on Aug. 20, 2020. Japan resumed commercial whaling in 2019. (Kyodo) ==Kyodo

In addition to a catch quota set at 295, the total includes a potential bycatch of 37, and a quota of 51 reserved by the government, the agency said.

By species, which have been confirmed as abundant by the IWC, the catch limit for minke whales has been set at 171, for Bryde's whales at 187 and for Sei whales at 25, according to the agency.

The government said the catch quotas have been calculated in line with the method adopted by the IWC.

The IWC adopted a moratorium on commercial whaling in 1982 and Japan halted it in 1988.

Before the resumption of commercial whaling for the first time in 31 years, Japan had been catching whales for what it claimed were research purposes, a practice criticized internationally as a cover for commercial whaling.