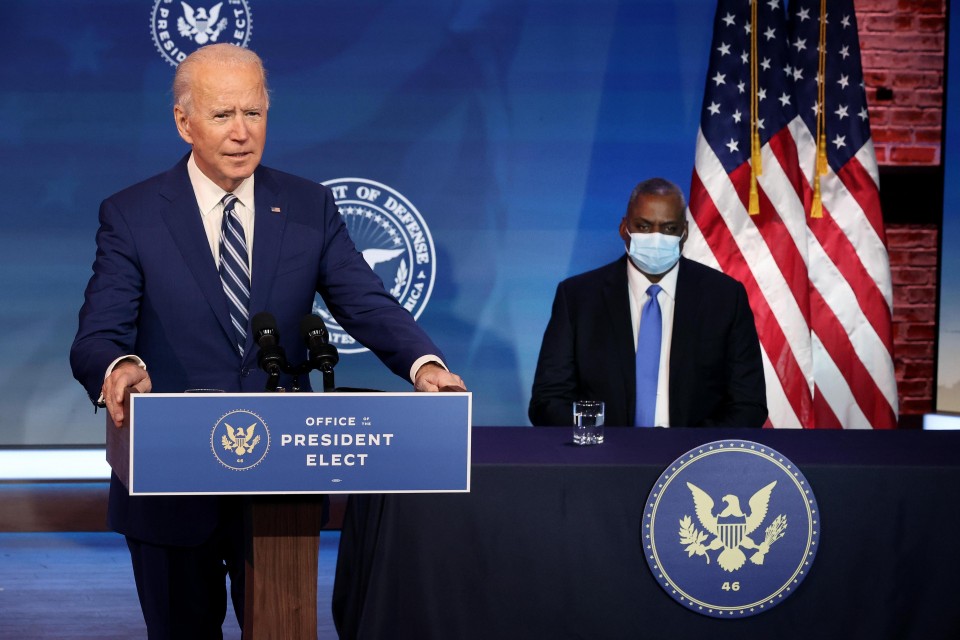 President-elect Joe Biden, preparing to take office on Jan. 20, has been sending reassuring messages to U.S. allies that his incoming administration will value them and multilateralism in a clear shift from President Donald Trump's "America First" foreign policy.

But uncertainties loom ahead for the United States to regain its status as a credible and central player in Asia, where China has grown more assertive and economic integration in the region has deepened compared with the time Biden left the White House four years ago.

The former vice president under the Barack Obama administration is so far building up a foreign policy and national security team joined by experienced policymakers who are not just aware of the importance of alliances but have also played a role in the Asia-Pacific "pivot" or "rebalancing" strategy pursued by Obama.

"It's a team that reflects the fact that America is back. Ready to lead the world, not retreat from it...Ready to confront our adversaries and not reject our allies," the 78-year-old said last month, referring to his Secretary of State nominee Antony Blinken, incoming National Security Adviser Jake Sullivan among others. 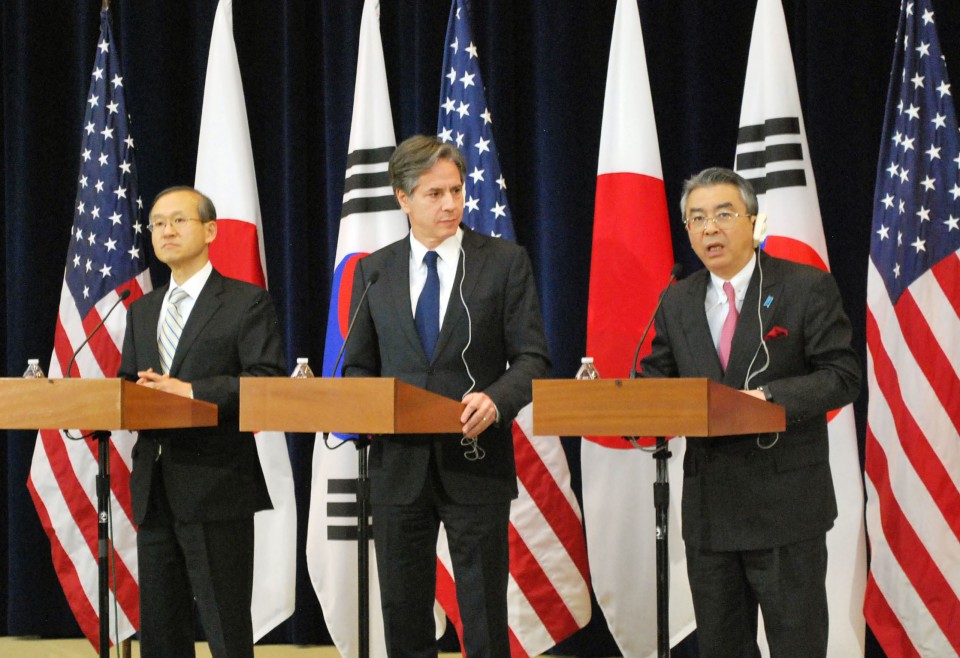 Biden also appears to give a promising start with Japan, offering a repeated, yet much-wanted, reassurance that the U.S. defense commitment extends to the Japan-controlled, China-claimed Senkaku Islands in the East China Sea during his first phone talks as president-elect with Prime Minister Yoshihide Suga.

Some experts on U.S.-Japan relationship said a change from Trump to Biden administration will likely be felt in a "short-term, tangible way" such as through the negotiations on a new cost-sharing agreement for American military forces stationed in Japan.

The four years under Republican Trump have been a trying period for countries including Japan and South Korea, which were pressured to fork over significantly more money in exchange for U.S. security protection, leaving them to fret over whether there could be withdrawals or reductions of troops should negotiations fail.

But under Democrat Biden's leadership, there is likely to "be an effort to resolve the host nation support negotiations relatively quickly," said James Schoff, a senior fellow at the Carnegie Endowment for International Peace, suggesting a more reasonable request from the side of Washington.

Japan may also be relieved from tariffs on steel and aluminum slapped by the Trump administration, which has taken protectionist actions against its major trade partners in a bid to reduce U.S. trade deficits.

While smoothing out the bilateral relations, the Biden administration is expected to seek for "a more collaborative or collective dialogue" on ways to address concerns over China's alleged unfair trade practices as well as to make U.S. competition with China "more effective, predictable, and acceptable" to both the United States and Japan, Schoff added.

During the Obama era, the United States had put the Trans-Pacific Partnership free trade deal as a centerpiece of its "rebalancing" to the Asia-Pacific, hoping to play a leading role in shaping rules and norms in the region, so that China will eventually have to agree to stricter standards.

But Trump withdrew from the trade deal shortly after taking office in 2017 out of concerns of U.S. job losses, prompting Japan and the other 10 remaining members to seal the Comprehensive and Progressive Agreement for Trans-Pacific Partnership, which kept most of the TPP deal intact.

The declining U.S. economic clout in the region has become more obvious when another mega trade deal involving 15 Asia-Pacific countries was signed in November. The Regional Comprehensive Economic Partnership covers nearly a third of the global economy and became the first free trade agreement joined by China, Japan and South Korea.

"There's really no question that Asia is becoming increasingly integrated, and currently at the expense of the United States. And RCEP is a case in point," Jonathan Stromseth, a senior fellow at Brookings Institution said at a recent online event.

Although RCEP is known to be a weak free trade agreement than the CPTPP that sets high-standard trade rules, Stromseth said that it will still stimulate intra-Asia integration, especially around China and Japan, and incentivize supply chain integration.

Conversely, companies of non-members like the United States could be "boxed out," while such a supply chain integration will complicate ongoing U.S. efforts to decouple from China, he added.

Calls, meanwhile, remain strong from experts on Asia policy that the United States should make a comeback to the TPP family, or at least start exploring the possibility of doing so.

But TPP was never popular in Congress, facing objections including from the Democrats who viewed the pact's labor and environment obligations as inadequate. Biden has also taken a cautious stance to new free trade deals during his election campaign, vowing not to negotiate any new agreements before first investing in American workers at home.

As Biden is likely to focus on domestic issues after he takes office, such as tackling the coronavirus pandemic and economic recovery, some experts warn of the implications of leaving unclear U.S. intentions regarding the CPTPP.

Matthew Goodman of the Center for Strategic and International Studies said deferring a decision until at least the fall, when the annual Asian summits will be held, risks "undermining the credibility" of Biden's commitment to be "back in Asia."

If the issue were to be kept pending, the administration should provide "some comfort" to regional allies such as by advancing less controversial digital rules and norms, building on the disciplines included in trade agreements reached with Japan or others, Goodman said in his proposals posted on his think tank's website.

Michael Froman, former U.S. trade representative under the Obama administration, said in a recent webinar hosted by Carnegie Endowment that he thinks "the withdrawal from TPP will be seen in retrospect as one of the greatest strategic blunders in recent American history."

But Froman added that he is "not holding out great hopes" that the Biden administration is going to join the CPTPP, saying the "politics have moved on."

As China becomes more assertive in its economic diplomacy and security issues, demand from other economies in the region over U.S. presence "not necessarily to contain, but to balance" and offer "an alternative" will increase, he said.

"The question is now how do you re-engage in a way that takes into account what's happened in Asia over the last four years, and the changing perspectives, but also creates opportunities for the United States to exercise leadership in an appropriate way."