Japan aims to generate up to 45 gigawatts of power through offshore wind power in 2040, a level that would make the country the world's third-largest generator of such power, as part of efforts to achieve net zero emissions of carbon dioxide by 2050, officials said Tuesday.

The target, corresponding to electricity output of 45 nuclear reactors, is an ambitious one for Japan which currently generates just 20,000 kilowatts through offshore wind farms and is not even among the top 10 generators using that power source. One gigawatt is equal to 1 million kilowatts. 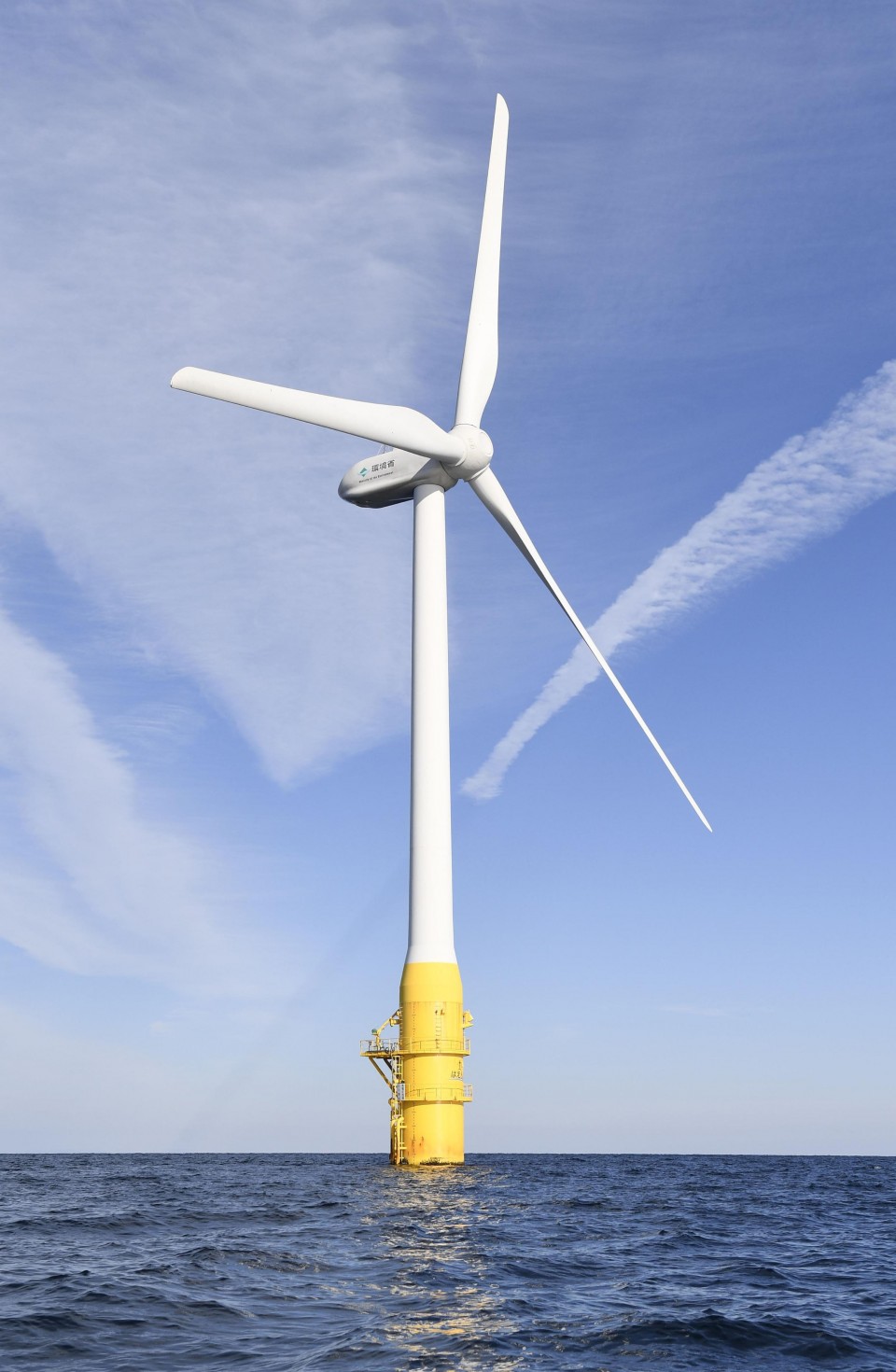 An offshore wind turbine stands in the East China Sea off the coast of Goto in Nagasaki Prefecture, southwestern Japan, on Nov. 2, 2018. (Kyodo) ==Kyodo

In 2040, the European Union and China aim to produce 127 gigawatts and 107 gigawatts, respectively, according to a projection by the International Energy Agency.

Under the plan decided at a meeting Tuesday of officials from the economy and land ministries and the private sector, Japan will first aim to increase offshore wind power generation to 10 gigawatts by 2030, further raising it to between 30 gigawatts and 45 gigawatts in 2040, they said.

The government plans to provide various types of support for the industry including surveys on wind movements and geology of seabeds on which windmills will be installed to facilitate market entry by new operators, the officials said.

The cost to generate electricity from offshore wind power is expected to become cheaper than that of fire power by sometime between 2030 and 2035, they said.

In fiscal 2018, fossil fuels such as coal and liquefied natural gas accounted for 77 percent of the country's total energy source for power generation, followed by renewables at 17 percent and nuclear power at 6 percent.

Prime Minister Yoshihide Suga in October declared the goal to achieve carbon neutrality by 2050. Related ministries have since been reviewing their energy policies in order to meet the goal.