Electronic panels equipped with artificial intelligence debuted Tuesday at major train stations in the Tokyo area to provide tourist and transfer information for a trial period, with the railway operator aiming to use them to make up for a future labor shortage.

East Japan Railway Co. set up 30 panels at six stations in Tokyo and neighboring Chiba Prefecture for the demonstration, which lasts through late January. As a measure against the coronavirus, users do not have to touch the panels directly to operate them and some can automatically measure a passenger's temperature. 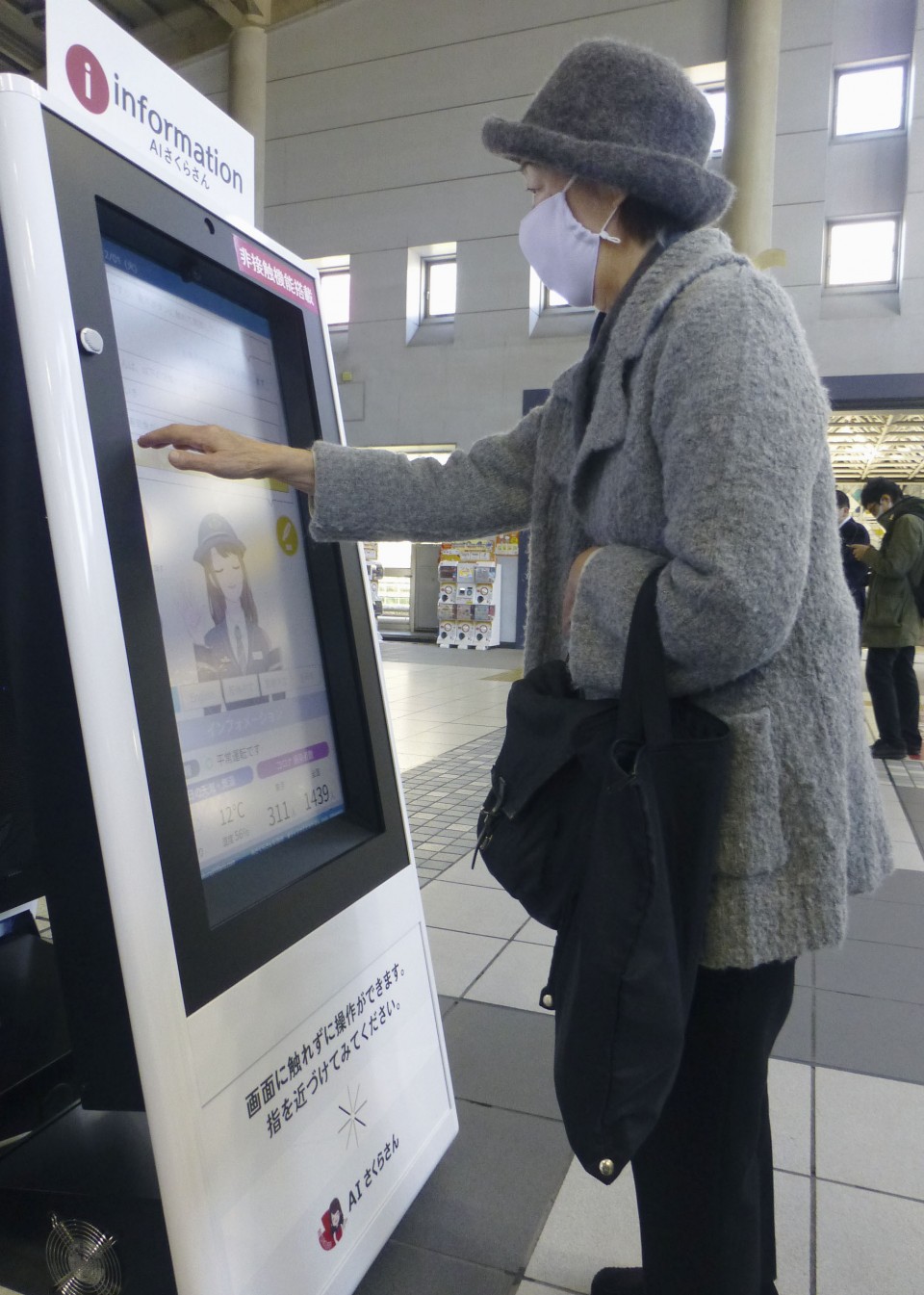 Photo taken at a concourse of JR Shinagawa Station in Tokyo on Dec. 1, 2020, shows an AI-installed multilingual panel that acts as a guide for passengers needing transfer information and sightseeing advice. (Kyodo)

Available in Japanese, English, Chinese and Korean, the displays can respond to voice questions and finger movements. They are installed at Shinjuku, Shinagawa, Ikebukuro and Takanawa Gateway stations in Tokyo as well as at two locations in Chiba, Kaihinmakuhari and the Airport Terminal 2 station at Narita airport.

At Shinagawa Station, one of the displays recognized some lesser-known Japanese station names such as Kasose in northeastern Japan's Aomori Prefecture and gave instructions on how to get there, even though the user was wearing a mask.

Fumiko Nakajima, a 78-year-old passenger, searched for information on restaurants using the panel.

"An old person like me was also able to operate it. I'm relieved because there is no need to touch the display," she said.

In view of a future manpower shortage, the company better known as JR East has been promoting labor-saving efforts by assigning station workers' routine tasks to AI and robots.

At Takanawa Gateway Station, which opened in March as the first new stop on Tokyo's busy Yamanote loop line in nearly 50 years, the railway operator will set up AI displays at its ticket gates on a trial basis from mid-December to respond to passengers' frequently asked questions. They will be remotely supported by station staff.

"We hope to develop the AI (technology) by getting it used by many people including children and foreigners to make a mechanism that will enable station workers to focus on services that can be only provided by humans," said Isao Sato, a senior JR East official in charge of the project.