The government pledged Friday to promote electric vehicles and offshore wind power generation as part of Japan's efforts to achieve carbon neutrality by 2050 in the battle against climate change.

The unveiled action plan specifies 14 key areas, including the use of hydrogen as a power source and carbon recycling.

Under the "green growth strategy," which focuses on decarbonization and electrification of society, the government will extend support for the private sector to help attain the goal of reducing net carbon dioxide emissions to zero. 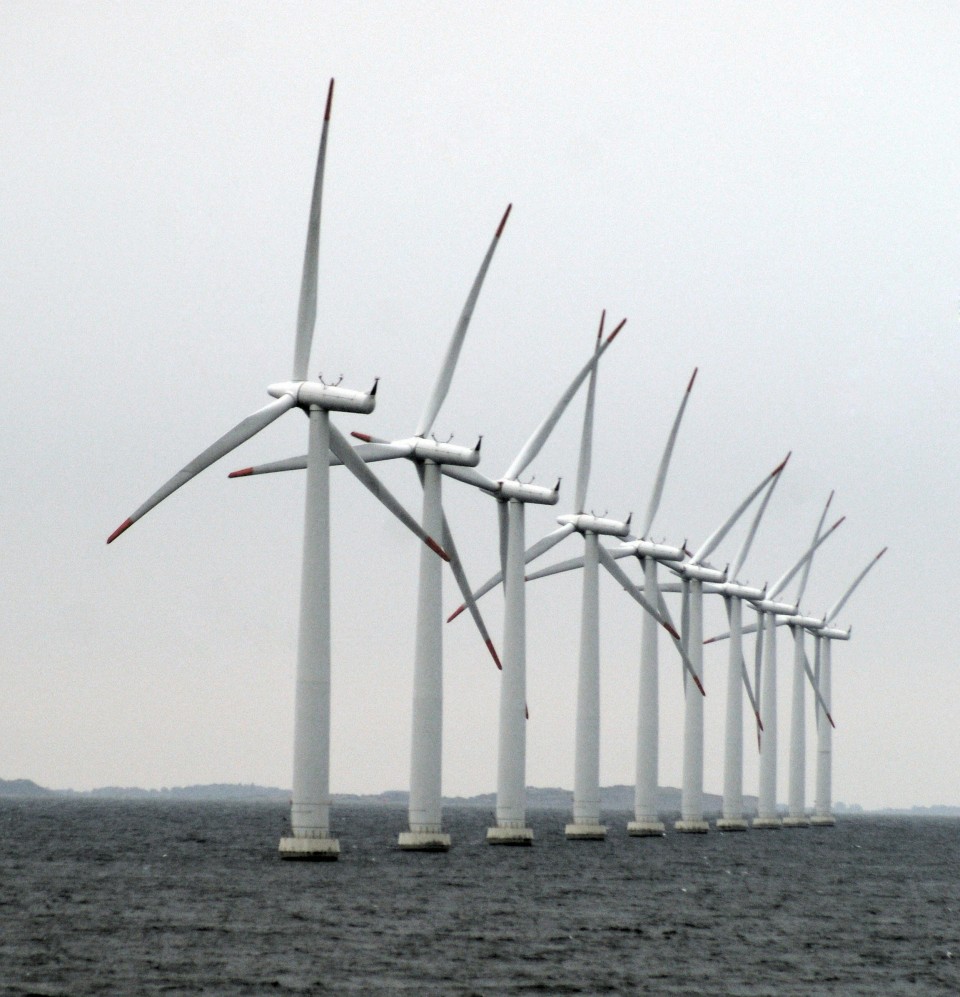 The government estimates the growth strategy would generate economic effects worth around 90 trillion yen in 2030 and 190 trillion yen ($1.8 trillion) in 2050, including sales and investment induced by new demand.

"The era in which dealing with global warming is regarded as a restriction on economic growth has come to an end. Now is the time when we consider it as an opportunity for growth," Chief Cabinet Secretary Katsunobu Kato said at a meeting of a government panel discussing the action plan.

"The government has to prepare an environment where businesses can feel it is easier to take on bold challenges, by providing an outlook as specific as possible and showing our attitude of continuous support," the top government spokesman said.

The panel plans to work out details of the strategy by next summer and then relevant numerical goals could be revised, a government official told reporters.

To promote electric and other environment-friendly vehicles, the government is aiming to ban sales of new gasoline-only cars by the mid-2030s at the latest. It will take steps such as locating more charging stations to achieve the goal.

To absorb released greenhouse gas, it will promote technologies such as mixing carbon dioxide with concrete. 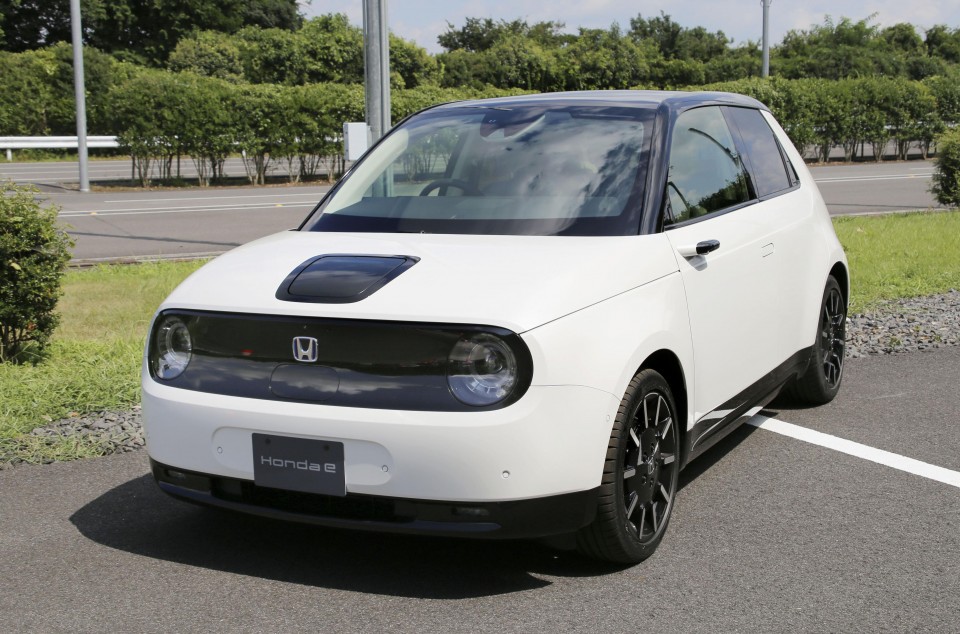 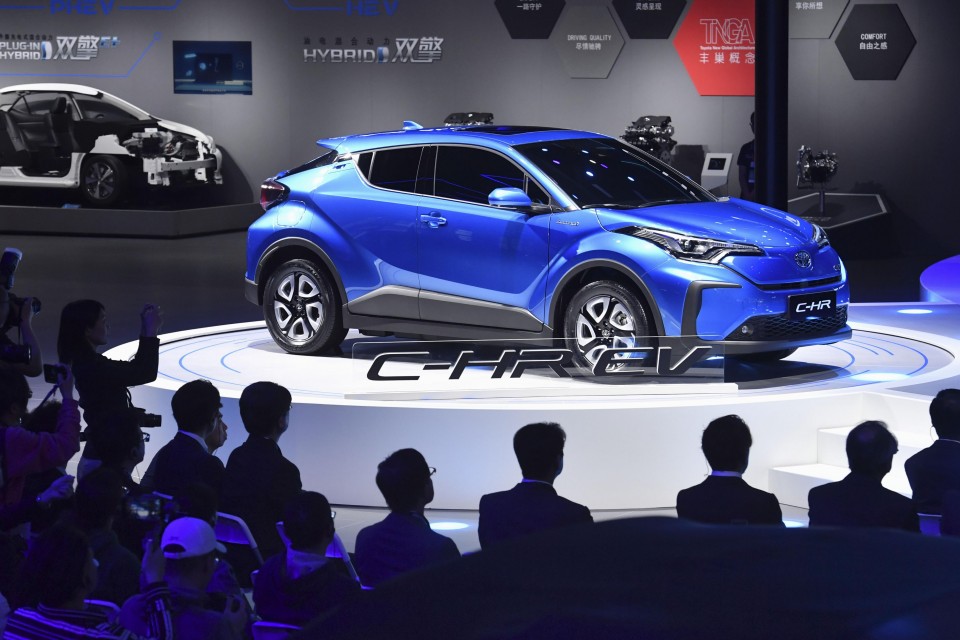 A new Toyota Motor Corp. electric vehicle based on its C-HR model is unveiled at the International Automobile and Manufacturing Technology Exhibition in Shanghai on April 16, 2019. (Kyodo) 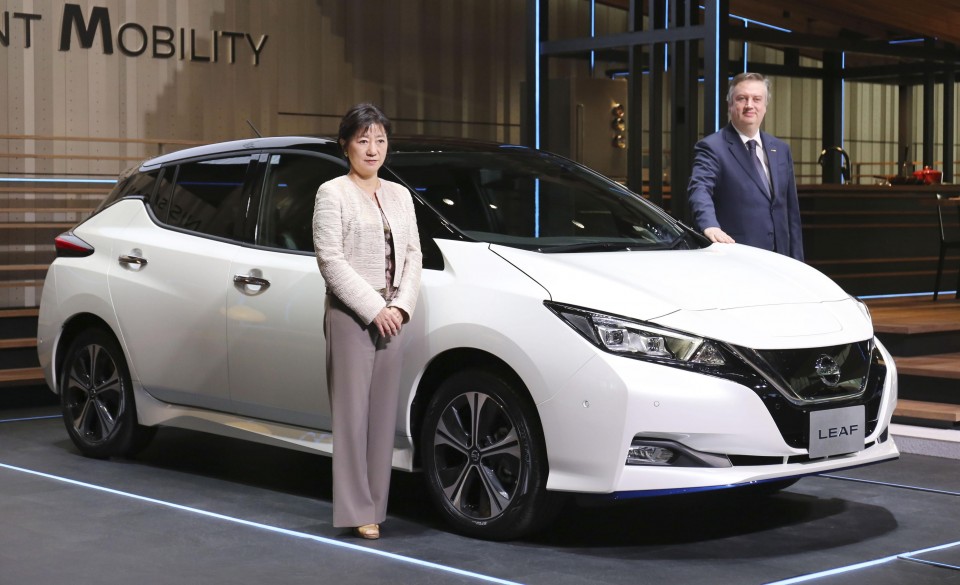