U.S. mulling whether to label China's crackdown on Uyghurs "genocide"

U.S. President Donald Trump's administration is considering whether to label the Chinese government's crackdown on its Muslim Uyghur minority as "genocide," a serious crime under international law, according to a government official.

If the Trump administration decides to do so, it is certain to put further pressure on ties already strained on various fronts amid intensifying rivalry between Washington and Beijing.

At the order of Secretary of State Mike Pompeo, Morse Tan, ambassador-at-large for global criminal justice, will study the issue and report the outcome, the official told Kyodo News. A time frame is not known. 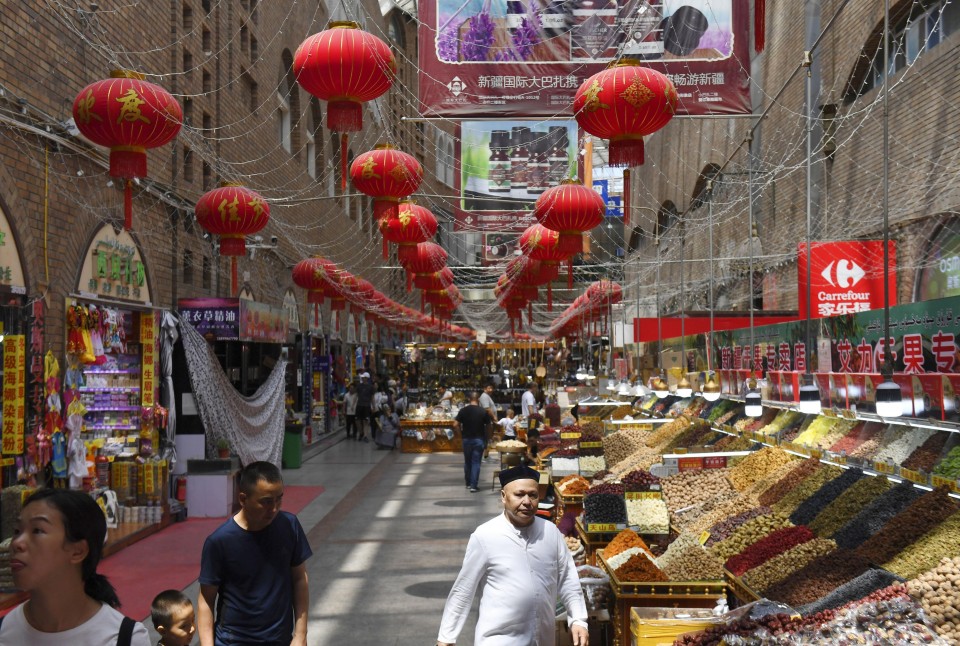 People walk at a bazaar in Urumqi in the Xinjiang Uyghur Autonomous Region, northwestern China, on July 5, 2019. (Kyodo) ==Kyodo

The move comes in Trump's final weeks in office. The administration has continued to take measures to pressure China even after the Republican president lost to Democrat challenger Joe Biden in the Nov. 3 election.

Under a U.N. convention, genocide includes actions such as killing as well as imposing measures to prevent births committed with "intent to destroy, in whole or in part, a national, ethnical, racial or religious group."

The United States has accused Beijing of human rights abuses targeting Uyghurs and other Muslim minority groups in the far-western Xinjiang autonomous region, such as forced sterilization, mass arbitrary detention and forced labor.

National Security Adviser Robert O'Brien told an online think tank event in October that "if not genocide, something close to it" is taking place in Xinjiang.

In 2016, under the administration of Trump's predecessor Barack Obama, the United States declared that the Islamic State extremist group had committed genocide against religious minorities in areas under its control, including Christians and Shiite Muslims.