By meeting the requirement to remain in the Japan Sumo Association as an elder after retirement, the 35-year-old will now be able to run his own stable of wrestlers after his active career has ended.

Although Japanese nationality is not required to compete in sumo, citizenship is necessary if a wrestler wishes to progress to become a sumo elder upon retirement and establish or inherit a sumo stable. 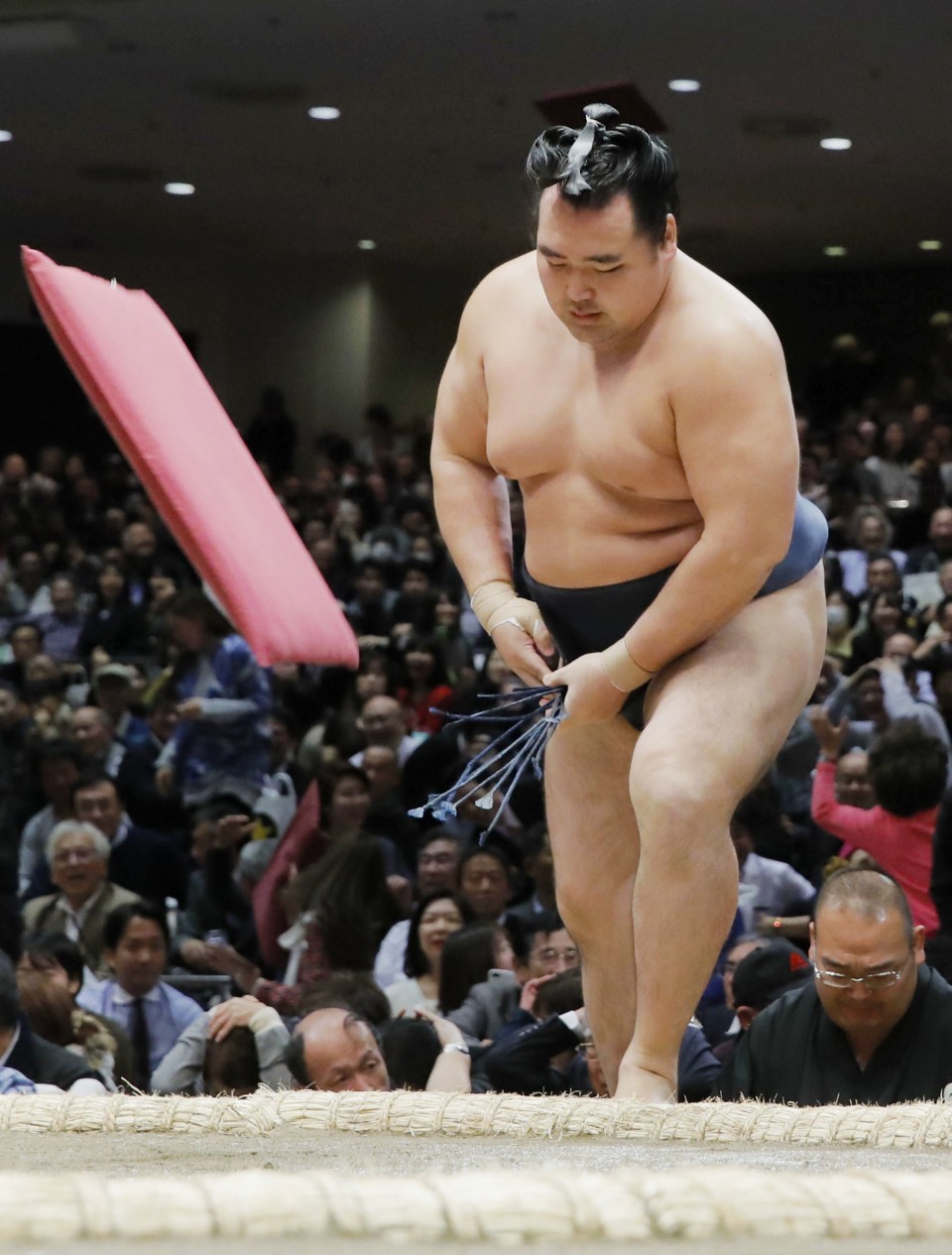 Kakuryu, whose real name is Mangaljalav Anand, said the naturalization process, which involved relinquishing his Mongolian citizenship, had taken around two and a half years.

"I came to Japan when I was 16, and everything I've achieved since then is thanks to sumo," Kakuryu said. "The next step is to train good wrestlers, and in that way be able to give back to the sumo association. So I decided (to naturalize)."

Kakuryu fought out of the Izutsu stable when he started his sumo career in 2001. He was promoted to the highest rank of yokozuna in the spring of 2014.

Upon the death of stablemaster Izutsu and closure of the stable in September 2019, Kakuryu moved to the Michinoku stable. After withdrawing from the last three tournaments due to injury, he received a "warning" by the Yokozuna Deliberation Council, the harshest admonition the body can issue other than recommending a wrestler retire.

The grand champion indicated he wanted to remain in the sumo world should his wrestling career end abruptly.

"Being over 30, I thought I needed to make a decision, as it might not have been possible to complete the process immediately in event of an emergency," he said.

He is set to compete as a Japanese citizen for the first time at the New Year Grand Sumo Tournament starting Jan. 10 at Ryogoku Kokugikan.

"I won't know until I get inside the ring, but since one problem is out of the way, I think I can wrestle without worrying about anything else," he said.